Arrest mix-up raises concerns over communications problem.
An undercover Iredell County Sheriff's Office deputy recently purchased drugs from undercover Statesville police officers, raising questions about communications between the two agencies.
Statesville Police Chief Tom Anderson said undercover officers from his department were working a week-long case when they met with someone interested in selling a small amount of marijuana.
The undercover SPD officers met with the individual in the parking lot of a local store to make the deal, Anderson said.
But the officers became suspicious that the seller was, in fact, an undercover deputy, Anderson said.
SPD officers placed a call to Capt. David Ramsey, who heads the sheriff's office narcotics unit, and were told the seller was not a deputy, Anderson said.
"At that point we proceeded like we normally do and placed him under arrest," the chief said.
After the arrest, investigators from the sheriff's office arrived and confirmed the seller was an undercover deputy and he was released, Anderson said.
Sheriff Phil Redmond said the initial denial that the deputy worked for the sheriff's office was a mix-up."We had several large-scale operations going on at once, and the wires got crossed on this one," he said.
.
Man Tasered After Sniffing Gas Bursts in Flames
A man whose relatives say had been sniffing gasoline burst into flames after a police officer Tasered him as he ran at officials carrying a container of fuel, police said Tuesday.
The man, identified by his family as 36-year-old Ronald Mitchell, was in critical condition at a Perth hospital in Western Australia state following Monday's incident in Warburton, an Aboriginal community 950 miles northeast of Perth.
Western Australia police said they were responding to a complaint at a house when Mitchell ran outside the house carrying a cigarette lighter and a large plastic bottle containing what they believe was fuel. When he refused to stop running toward them, one officer Tasered him, police said in a media release.
The man was immediately engulfed in flames. The officer threw him to the ground and smothered the blaze with his hands, the statement said. Mitchell was charged with assault to prevent arrest and possession of a sniffing substance.
.
Posted by The Man at 7/21/2009 1 comment: 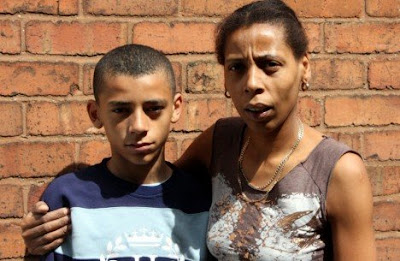 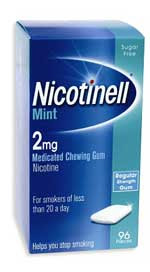 A boy of 14 collapsed after chewing 45 sticks of nicotine gum - equivalent to 180 Marlboro Light cigarettes - in just 25 minutes.
Aiden Williams overdosed on the Nicorette gum, designed to help smokers quit the habit, after it was handed out by counsellors at his school.
The teenager's mother yesterday hit out at the school, which allows children as young as 12 to be given up to a week’s supply - 105 pieces – without parental consent.
Each stick of Nicorette gum contained 2mg of nicotine - the equivalent of four Marlboro Light cigarettes, which each have 0.5mg.
.
Posted by The Man at 7/21/2009 No comments: 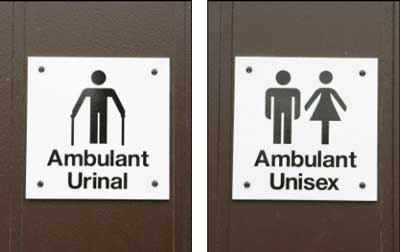 New signs on a public toilet in Winchcombe have left townspeople scratching their heads.
The signs, which advertise an Ambulant Urinal and Unisex Ambulant facility, have attracted puzzled looks from passers-by – and been panned by a plain English campaign group.
The signs are positioned on the toilets in Back Lane, which have been undergoing refurbishment.
.
Posted by The Man at 7/21/2009 No comments: 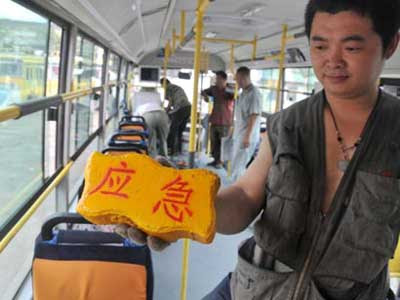 A Chinese bus company is equipping its vehicles with bricks for passengers to use to break windows in an emergency.
The bricks, painted yellow with "emergency use" written on both sides, are stored under the driver's seat and under a rear seat.
"It's easy for passengers to spot them, and use them to break the window if something happened," said a spokesman for the Harbin Public Transport Company.
The company had stopped providing passengers with safety hammers to break windows as they were always being stolen.
"We don't think anybody will be interested in stealing bricks," the spokesman added.
Bricks have so far been installed on several bus routes in a pilot scheme in Harbin, the capital of Heilongjiang province, reports Northeast Network.
But the company says it will equip all 700 of its buses with the bricks if feedback from passengers is positive.
.
Posted by The Man at 7/21/2009 2 comments:

Jackson Death Probe Zeroes In on Source of Drugs 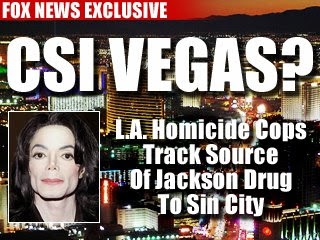 The investigative team heading the probe into Michael Jackson’s death conducted interviews with physicians and personnel at medical facilities in Las Vegas on Monday,
Lead investigators from the Los Angeles Police Department’s Robbery and Homicide Division, along with several field agents from the Los Angeles Drug Enforcement Administration office, took a day trip to Las Vegas to follow up on leads indicating that at least one drug believed to have contributed to Jackson’s sudden death on June 25 originated in Las Vegas.
Sources could not tell what drug was the focus of the probe, who was questioned or which medical practices were visited, but Jackson’s personal physician Conrad Murray runs a cardiology practice in Las Vegas.
.
Posted by The Man at 7/21/2009 No comments: