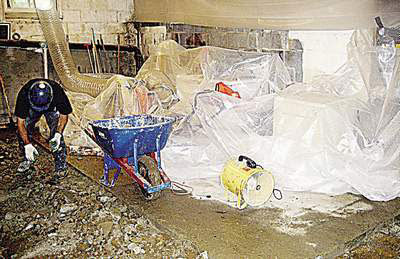 397 gallons of oil dumped into woman's basement
A mistake by a heating oil company left a big mess in the basement of an upstate New York home. A delivery driver for Abbott and Mills delivered nearly 400 gallons of heating oil to the home of Nyoka Young, a single mother living in a small brick house in New Windsor. But there was a problem. The driver had the wrong address — and there's no oil tank in Young's basement.
The deliveryman pumped the petroleum into an old fill pipe attached to the house, sending 397 gallons of heating oil into Young's basement. She returned home to find her basement covered in oil. A fire inspector has condemned the home while clean-up work continues, at the oil company's expense. Young and her son are staying in a hotel.
Posted by The Man at 8/03/2007 No comments: 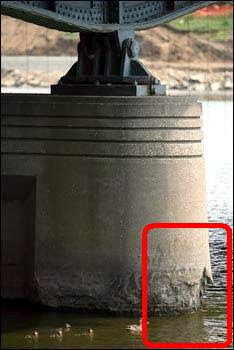 Iowa ranks third in the nation in the number of structurally deficient bridges, though officials say they are inspected regularly and are safe.

Data from the Federal Highway authority reveal 5,152 Iowa bridges --- most on rural county roads --- are structurally deficient, the same designation the collapsed bridge in Minneapolis received. The cause of the disaster has not been determined. A bridge is deemed structurally deficient if it needs significant maintenance, has weight restrictions or has been designated for replacement.

One of the reasons for Iowa's high ranking is the state rates fifth in the country in number of bridges, with 24,825.
Posted by The Man at 8/03/2007 No comments:

Labels: FYI:, In The News, Pictures

Hey mom, I pierced my nose

I feel sorry for this kid. 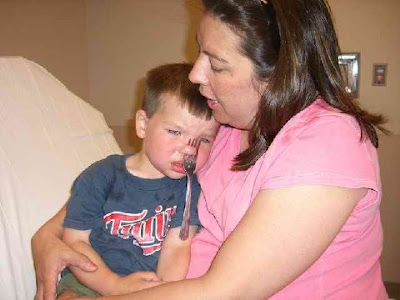 He was probably running with it in his hand and trip and fell. 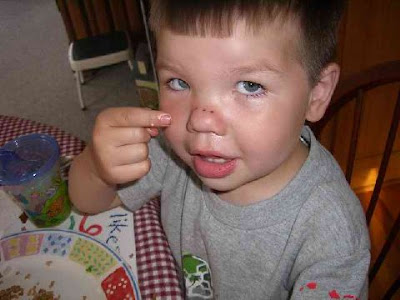