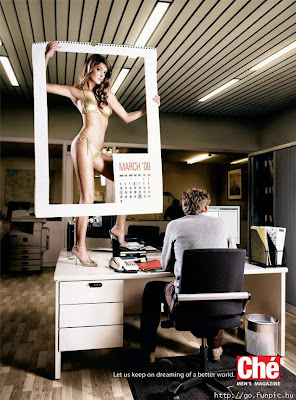 What do I see while waiting for my luggage? 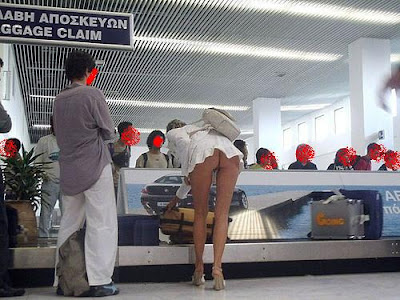 This Guy Is Unbelievable

Sleeping with one eye open and keeping her hand on her gun...

This picture, taken on a train in Romania, only goes to show how unsafe public transportation really is. Even old ladies have to carry guns. 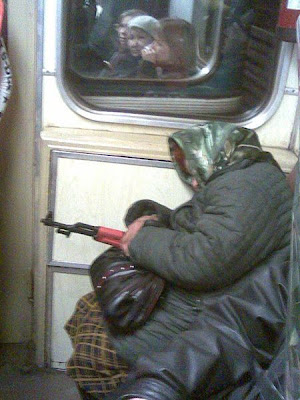 The Fall Guy, and I don’t mean Lee Majors either.

The spectacular dive from a platform 80 feet up in the sky. 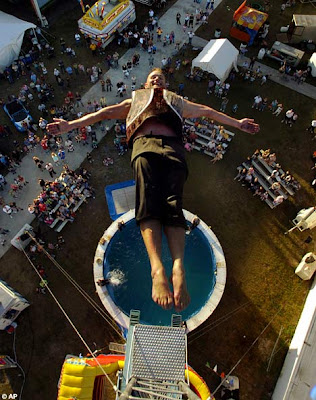 Monkeys Stealing Booze to Get Drunk

When animals get drunk

Obama in Gay Sex and Drug Charge
Larry Sinclair, a limo owner swears he performed oral sex on Barack Obama in 1999. He further stated that Obama purchased crack cocaine then. Take a look at this startling video. Is it true or a Clinton-inspired smear? You decide.
.
George Carlin On Who Rules America
George Carlin follows in the footsteps of Lenny Bruce as he brilliantly dissects the political and media landscape from the comedy stage. He is tragically funny and one is left thinking long after the laughter subsides. Video.
.
Guy Gets Caught Dancing in Best Buy
Do you get bored at work? Well the guy in this video does. Watch this clip as a Best Buy employee passes the time by creating some new dance moves until he gets caught.
.
Get ready for the worldwide "Undies at Uni Challenge."
Bragster is going to rock universities from all over the world. We challenge you to do something crazy on campus in your underwear. If you somehow missed it, The French Team on Bragster already did this and reached fame in France. Check out the video...they've got some balls to do it...
.
Many Asses In Small Bikinis.
.
All New Meaning of Being Two-Faced
.
A prank involving a McDonald’s bathroom attendant w/ photos + videos
.
FDA Approved: Lose 80% Of Your Body Weight Instantly
.
In Coming – Funny Video
.
Mock animal escape at Japanese zoo - Zebra 'Escapes' Drill - Video
.
Different Thinking - Pictures
Posted by The Man at 2/21/2008 1 comment:

Battling for life, the baby born with its heart OUTSIDE its chest.
Click to Enlarge 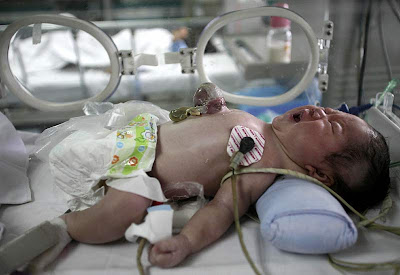 Hong Kong warns against using parasitic worms to lose weight.
A health department spokesman said there was no scientific evidence that infestation with ascaris, a parasitic worm which lives in the intestine, was a way to lose weight. He warned that worm infestations caused pain, vomiting and diarrhea and could prove difficult to get rid of.
.
Homeless chef lived at Gatwick airport for three years
A homeless chef was locked up yesterday after making Gatwick airport his home for three years. Anthony Delaney ate, showered and slept at the busy airport, brushing off security staff that stopped him more then 30 times. He told his lawyers he was happier staying there because he was "clean, dry and warm". In fact he rarely left the busy south terminal, popping out only occasionally to collect his Jobseeker's Allowance, the court was told.