Michigan Minor League Stadium to Offer the Burger
The West Michigan Whitecaps, a minor league baseball team, will be offering up major league cholesterol, carbohydrates and calories in an enormous hamburger being added to the menu this year at the Fifth Third Ballpark.
. 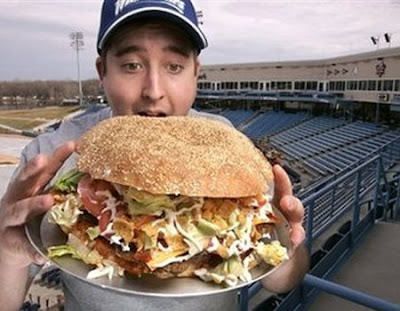 The 4-pound, $20 burger features five beef patties, five slices of cheese, nearly a cup of chili and liberal doses of salsa and corn chips, all on an 8-inch sesame-seed bun.
By the way if you are able to eat the entire 4 Pounder in one sitting you get a T-shirt.
.
Posted by The Man at 3/26/2009 2 comments:

Playing a Drum Set made of Ice

Drummer destroyed it just to show that it was made out of ICE! 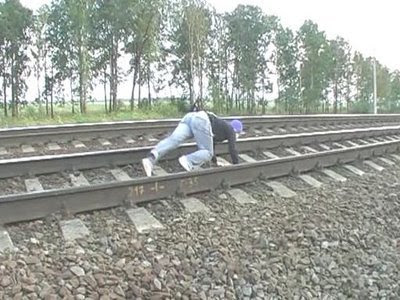 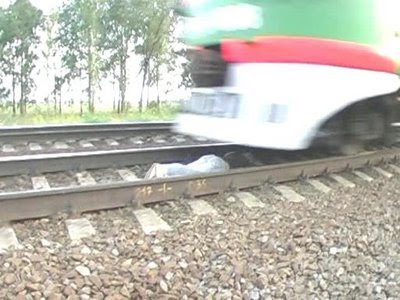 .
Dumb Ass Blonde Girl
Russian teens have now found a new fun. They dare trains.
This is needed to be done fast, because if one is appearing before the train too long before and engineer could see him or her and start breaking, so they run on the rails and drop down on the rails, then the train moves above the person at his maximum speed, just a few inches from his or her head and back.
Russian teen girls seem to go for this too.
.
Posted by The Man at 3/26/2009 2 comments:

The world’s largest pinata was recently constructed in Philadelphia, breaking a Guiness World’s Record. It was 94 feet long, 24 feet wide, 60 feet high, and was stuffed with 8,000 pounds of candy. A wrecking ball was used to crack it open. 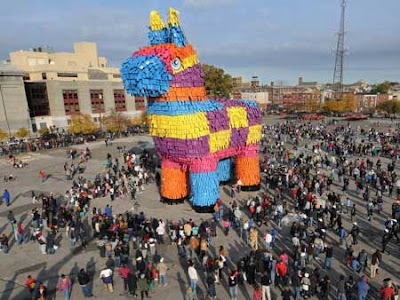 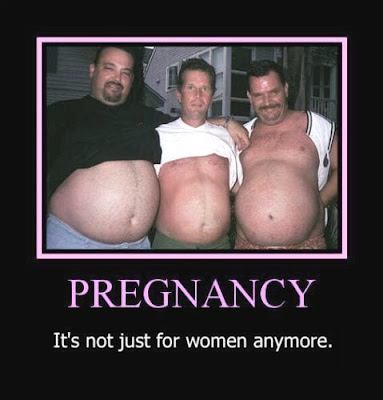 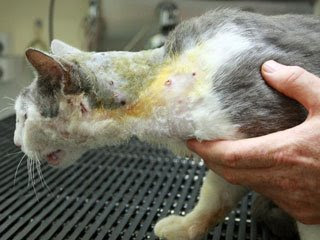 The relentless torture of a pet cat that was shot 27 times at point-blank range in the head and neck with an air rifle has outraged animal welfare authorities.
Possum, a two-year-old male domestic cat, somehow survived shocking cruelty after cowards trapped him in a cage about 9pm on Friday.
The gun was shoved in the animal’s face and mouth with two direct shots penetrating his tongue and lodging in his nasal cavity.
.

You can’t be impersonating a police officer 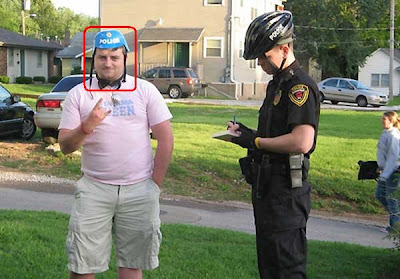 DNA tests shows Alfie Patten is NOT the daddy
The schoolboy alleged to have become a dad aged 12 is not the baby’s father was revealed.
Alfie Patten, now 13, had a £300 DNA test after six boys claimed to have slept with schoolgirl pal Chantelle Stedman, 15.
It proved the 4ft-tall pupil was not the father of her seven-week-old girl Maisie Roxanne.
The result will be a blow to Alfie who was "devastated" by the boys’ claims and "adored" Maisie.
He was convinced he was the dad after a single night of unprotected sex with Chantelle.
Before he took the test, he said: "I didn’t know about DNA tests before but mum explained it’s when they do a swab in your mouth and it tells if you’re the dad. So if I have it, they can all shut up."
His mother Nicole, 43, added at the time: "It had not even crossed Alfie’s mind whether Chantelle had not been faithful to him. He’s absolutely devastated that these lads say they slept with her."
Chantelle became pregnant aged 14 after she "forgot to take" her contraceptive pill last May.
At the time, she claimed: "Alfie’s the only boy I’ve been with."
.
Theater throws couple out of a comedy 'for laughing too loud'
Sharon Whitelaw (41), of Newark Road, Lincoln, took boyfriend Tony Priestley (42) to see the production of Bouncers at the Drill Hall on Saturday night as a birthday present.
But after watching the first half of the comedy they were told not to go back into the auditorium, as "several" theatre-goers had complained the couple were "laughing at moments that weren't funny, kicking the seats in front and being loud".
"I think the whole way we were treated was like children," said Miss Whitelaw, a taxi driver.
"I wished the ground had swallowed me up at the time, I was so embarrassed."
The couple were led into the foyer, and spoken to in front of other theater-goers who were enjoying their interval drinks.
"She proceeded to tell us they couldn't let us back in because three people had complained."
The couple received a full refund for the price of the tickets and their pre-ordered drinks.
.
Posted by The Man at 3/26/2009 No comments: