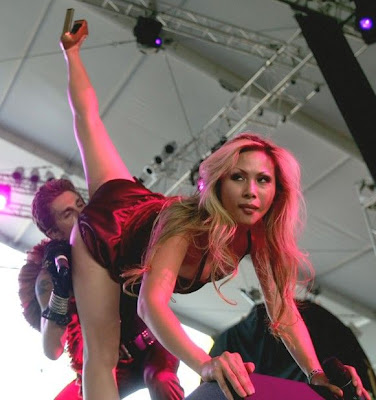 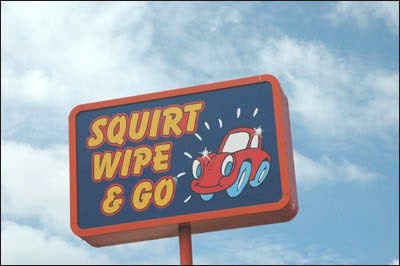 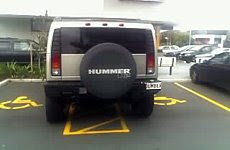 Actually there is nothing anyone can do if the vehicle has a Legitimate Placard.
What those spaces are for are people with medical problems that they can't walk any kind of distance without sitting for a spell and not how much money they have.
What is parked there has nothing to do with parking there, it could be a limo even.
.
Holy shit, Ctrl+Shift+T in firefox brings back the tab that you just accidentally closed
In other news, reading the fucking manual actually works sometimes.
.
Millions and Millions Dead
As the body count continues to rise, a shaken nation is struggling to cope in the wake of the mass deaths sweeping the world population. With no concrete figures available at this early stage, experts estimate at least 250,000 U.S. citizens have died in the last month alone, with death tolls across the globe reaching into the millions.
.
Ever get that feeling something just isn't right...
.
Posted by The Man at 4/28/2009 1 comment:

Will the Bacon Craze Ever End? 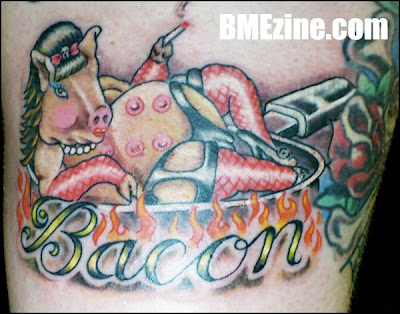 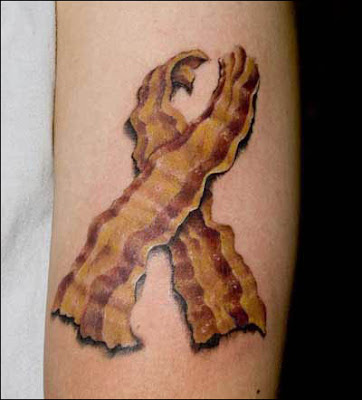 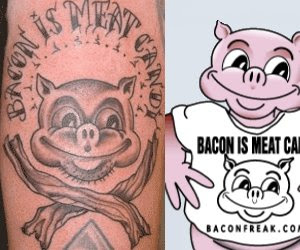 The Bacone:
A bacon cone filled with scrambled eggs and country gravy topped with a biscuit. 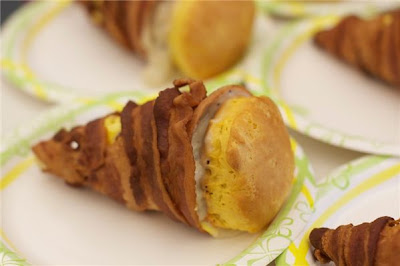 Another way that might be better, if the cone was made from a pancake wrap and filled with bacon, syrup on the inside and eggs on top.
.
Posted by The Man at 4/28/2009 2 comments:

"Deep North," a disturbing display of what your home will look like
FROZEN with the coming of the next Ice Age!
.
Your Kitchen 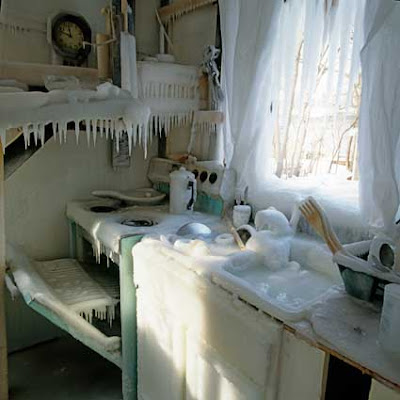 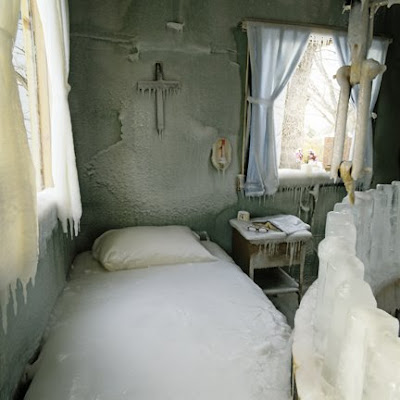 Nothing like sitting your butt down on a frozen toilet seat! 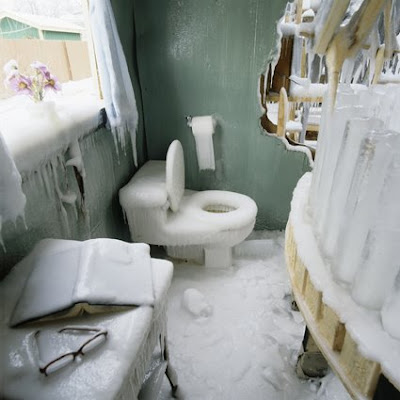 Finger cut off and eaten in wage protest 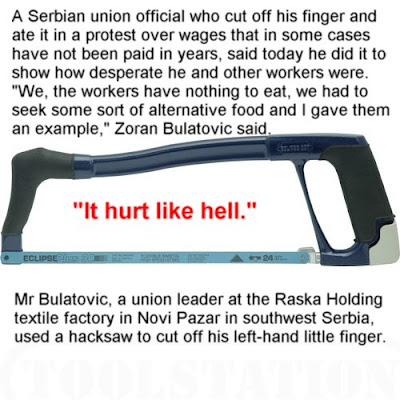 Nice conception story to share with the kid someday.
"Yes, junior. You were conceived in a dumpster."
. 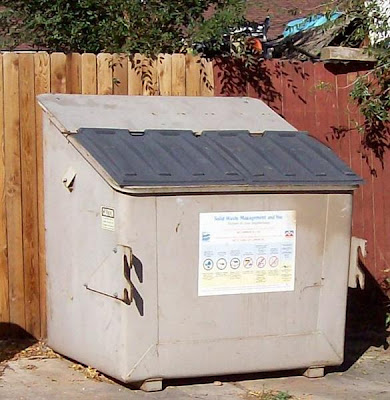 Spring is clearly in the air -- one couple wanting to spend a little quality time together yesterday wasn't too fussy about the location.
A Saanich police officer responding to a complaint of suspicious activity early yesterday morning in the Quadra and McKenzie area heard noises coming from a dumpster. When no one responded after he called out, he decided to look inside.
He found two naked adults, a 30-year-old woman and a 26-year-old man, described later by police as "intertwined and oblivious to his presence."
The pair was ordered to dress and get out of the dumpster. The man was arrested on an unrelated matter stemming from Oak Bay police files, while the woman was sent home.

A book called No Regrets: The Best, Worst & Most £$%*ing Ridiculous Tattoos Ever is packed with hundreds of hilarious, cringe-worthy and downright stupid examples of tattoos 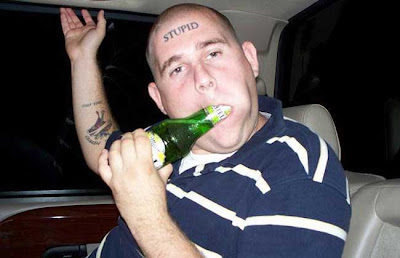 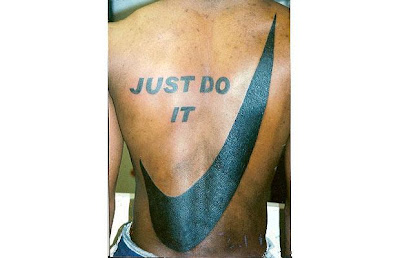 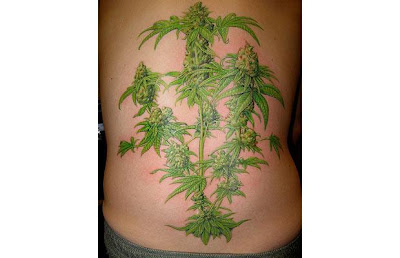 We can only guess what condition this person was in when they decided to get a tattoo of a marijuana plant...
.
Posted by The Man at 4/28/2009 2 comments: