Transporting 4 dogs on a scooter is not a good ideal

SAVE YOUR LIFE HAMMER

WITH ALL THE BRIDGE'S IN THE U.S.A.

THAT IS IN BAD SHAPE THIS TOOL MAY

Features:
1. Drive confidently with the knowledge that Life Hammer is by your side to help in case you become trapped in your vehicle
2. Shatter windows in a single blow with Life Hammer’s hardened steel points
3. Razor-sharp blade lets Life Hammer slice through jammed seat restraints
4. Comes with a plastic holder to mount Life Hammer just about anywhere within arm’s length
5. Life Hammer leaves a small footprint at only 6.75” long and weighing just 3.5 ounces
Description:
Accidents happen in a split-second, and you may have precious little time to escape from your car in the aftermath. When your life is on the line, you’ll want Life Hammer close by. It doesn’t take a catastrophic accident to end up trapped in your car. Doors, windows and seat belts all have the potential for jamming, leaving you stranded in your seat. Life Hammer gives you the means of breaking free. Though compact and lightweight, Life Hammer packs a mean punch. Its hardened steel tips shatter glass with one blow. And the razor sharp blade will make quick work of a jammed seat belt. At 6.75” long and weighing just 3.5 ounces, Life Hammer does the job without the bulk. And Life Hammer comes with a durable plastic holder, making it mountable almost anywhere in arm’s length. Trusted all over the world, Life Hammer is practically standard equipment on the German Autobahn where spectacular accidents require equally spectacular escape tools.

It doesn't do any good to save your life if it is out of reach from the driver seat.

Videotape of girl destroyed
Man warned after taping inappropriate shots
http://www.seacoastonline.com/apps/pbcs.dll/article?AID=/20070808/NEWS/708080339/-1/NEWS01
August 08, 2007
YORK — Police urge caution and a sharp eye, after officers last week asked a man to destroy a videotape he had taken of a girl at Short Sands Beach. Police said it is not a crime to videotape people, and so the man was not arrested.
During the afternoon of Aug. 1, a woman notified police that a man was videotaping her daughter at the beach. According to police, a 50-year-old male was taking video of the girl as she was talking on her cell phone. When police officers viewed the video, they noted that it contained inappropriate close-up shots of portions of the girl's body.
Officers asked the man to destroy the video, which he did. They also warned the subject not to return to Short Sand Park.Police Sgt. Thomas Baran said that the girl's mother acted appropriately by reporting the incident.
"We would encourage people to report this type of activity," he said. While there is no law against videotaping, Baran said any seemingly suspicious attention given to children could be cause for concern. He also said that the lifeguards at York's beaches are being trained to recognize behavior typical to pedophiles."It is important that we can identify these people," he said.
Posted by The Man at 8/08/2007 No comments:

These cookies are supposed to help girls grow to a F-Cup. 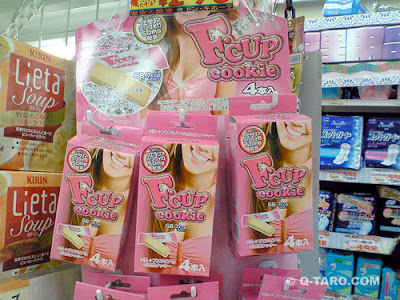 Being Scared Is Funny

(A sudden attack of fright) 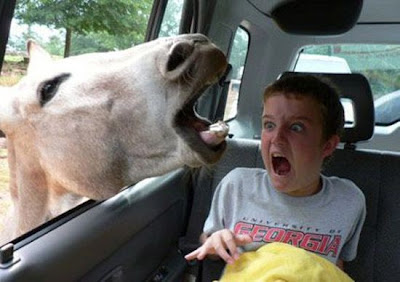 BUT NOT FOR THE PERSON THAT IS BEING SCARED

Is George W. Bush Working for Americans.......or the Iraqi’s? 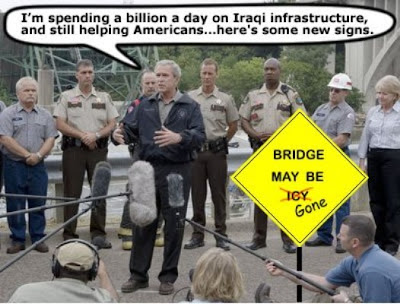 So let’s see how smart you think you are?

One day my housework-challenged husband decided to wash his sweat shirt.
Seconds after he stepped into the laundry room, he shouted to me,
"What setting do I use on the washing machine?"
"It depends," I replied. "What does it say on your shirt?"
He yelled back, "University of Texas."
And they say blondes are dumb...

A couple is lying in bed. The man says,
"I am going to make you the happiest woman in the world."
The woman replies, "I'll miss you..."

"It's just too hot to wear clothes today," Jack says as he stepped out of the shower,
"Honey, what do you think the neighbors would think if I mowed the lawn like this?"
"Probably that I married you for your money," she replied.

Q: How do you keep your husband from reading your e-mail?
A: Rename the mail folder "Instruction Manuals"

One day while she was walking around on the clouds of heaven she saw God.

She walked towards him and she stopped to talk to him.

She only wanted to ask one question of him.

So she asked, "Why did you create man before women?"

God looked down on her, placed his hand on her head and explained, "Every good design needs a rough draft!!"

Code Word for Sex
A husband and wife decided they needed to use "code" to indicate that they wanted to have sex without letting their children know about it.

They decided on the word “Typewriter.”

One day the husband told his five year old daughter, "Go tell your mommy that daddy needs to type a letter".

The child told her mother what her dad said, and her mom responded, "Tell your daddy that he can't type a letter right now because there is a red ribbon in the typewriter." The child went back to tell her father what mommy said.

A few days later the mom told the daughter, "Tell daddy that he can type that letter now."

The child told her father, and then returned to her mother and announced, "Daddy said never mind with the typewriter, he already wrote the letter by hand."


Second Opinion
A man runs into the vet's office carrying his dog, screaming for help. The vet rushes him back to an examination room and has him put his dog down on the examination table. The vet examines the still, limp body and after a few moments tells the man that his dog, regrettably, is dead. The man, clearly agitated and not willing to accept this, demands a second opinion.

The vet goes into the back room and comes out with a cat and puts the cat down next to the dog's body. The cat sniffs the body, walks from head to tail poking and sniffing the dog's body and finally looks at the vet and meows. The vet looks at the man and says, "I'm sorry, but the cat thinks that your dog is dead too."

The man is still unwilling to accept that his dog is dead.

The vet brings in a black Labrador. The lab sniffs the body, walks from head to tail, and finally looks at the vet and barks. The vet looks at the man and says, "I'm sorry, but the lab thinks your dog is dead too."

The man, finally resigned to the diagnosis, thanks the vet and asks how much he owes. The vet answers, "$650."