Saudi women to sell bras for first time
Using colorful bras donated by employees at Victoria's Secret, a group of 26 mostly Saudi women completed the first course of its kind to be offered in the kingdom – how to fit, stock and sell underwear.
The training organizers hope will help boost a campaign to lift the ban on women selling underwear in the kingdom.
The graduates held a small ceremony at a college in the western seaport of Jiddah this week, capping 40 hours of instruction during which they learned to overcome their embarrassment at doing bra fittings, deal with customer complaints and display the stock in an appealing manner
"It was a beautiful experience," said Faten Abdo, a 32-year-old coordinator in the offices of a lingerie company.
"The most shocking thing for me was the bra sizes," she added. "We didn't know how to get proper measurements before."
The restrictions are ironic in a country that goes to great lengths to segregate the sexes. Men and women, for instance, who are not close relatives cannot stand in the same line at fast-food outlets or even be in the same car together. Conservative clerics have strong influence on government and society, and they ban anything they believe might lead to women's emancipation, such as driving or voting.
But those pushing for saleswomen in lingerie stores say they were tired of discussing intimate details with male staff and enduring their scrutiny when they ask for a particular cup size.
.
Man blares porn to chase kids away
Police in suburban Philadelphia say a man weary of children playing in his cul-de-sac blared a pornographic soundtrack to chase them off.
Michael Buck faces a felony obscenity charge and two misdemeanors for the alleged May 31 stunt at his upscale Phoenixville home.
Irate neighbors told police they could hear the sexually explicit audio a block-and-a-half away.
The 27-year-old Buck has a preliminary hearing scheduled for next month. He does not have a listed number and his lawyer declined to comment Wednesday.
Detective Tom Goggin says Buck had filed one previous complaint about the neighborhood children. He says they clearly annoy Buck , but adds there's nothing criminal about them playing outside.
..
Fiery-Hot Chilli Grenades To Quell Riots
India's security forces are planning to mix one of the world's hottest chilli powders in hand grenades to control riots and battle insurgents.
Defence scientists said they will replace explosives in small grenades with a certain variety of red chilli to immobilise a person without killing him
The chilli found in the country's north east generates so much heat it was enough to startle a person for a while when used as a weapon, researchers said.
The bhut jolokia chilli is said to generate 1,000,000 heat units on the Scoville scale - a measure of hotness.
It is at least a thousand times more than a common kitchen chilli.
The Scoville scale was named after American scientist Wilbur Scoville, the first to measure the heat component in chillies.
The bhut jolokia will also be used as a food supplement for soldiers deployed in cold weather conditions to raise their body temperatures

They don't call it "Pig Slop" for nothing 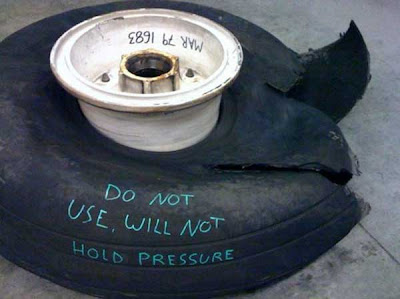 With either one you’ll be wanting to eat your face 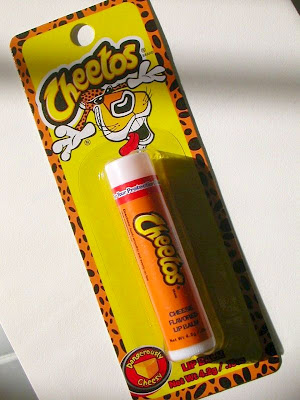 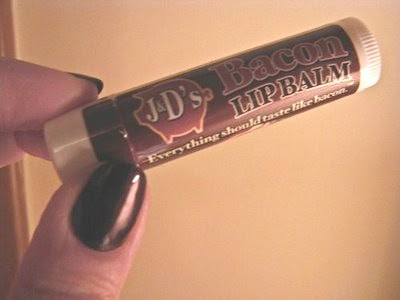 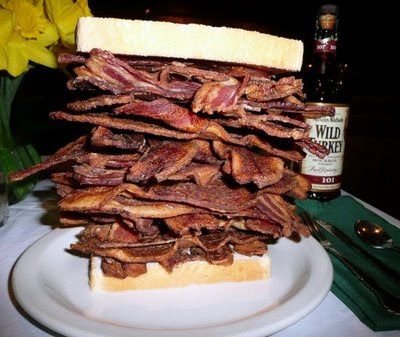 Girl, 16, Has Body of a Toddler, Still Can't Speak 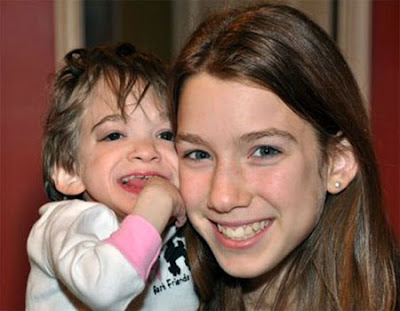 Brooke Greenberg continues to baffle her family and doctors.
At 16-years-old, Brooke weighs 16 pounds and stands 2 feet, 6 inches tall. She can’t speak, but she can express frustration and happiness.
In other words, Brooke’s body and mind are that of a toddler.
"Why doesn’t she age?" Brooke’s father, Howard Greenberg said on ABC News. "Is she the fountain of youth?"
Brooke, who lives in Maryland, still has baby teeth, and her bones are those of a 10-year-old. However, her hair and nails grow consistently.
Doctors think Brooke has a genetic mutation that inhibits her growth.
.
Posted by The Man at 6/26/2009 1 comment: 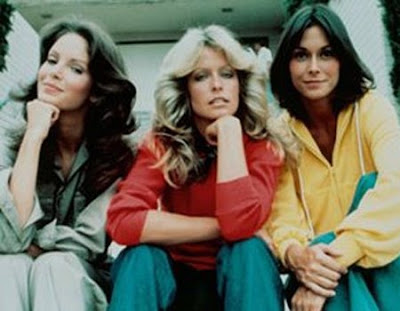 Farrah Fawcett, the actress who shot to worldwide fame thanks to her role in 'Charlie's Angels' and other Hollywood ventures along the way, has passed away after a long battle with cancer. She was 62 years old.
The 'Charlie's Angels' star -- who was diagnosed with anal cancer in 2006 -- had recently been hospitalized again before succumbing to the illness.
A friend of the actress said, "There was a moment last week when she was supposed to be released and was going home but things changed."
Earlier in the week, O'Neal told '20/20' that he had proposed and hoped to marry her before she died.
Fawcett is survived by O'Neal and their son, Redmond.
Fawcett's career spans several decades. She got her start in the early '70s, scoring a key role in 'Myra Breckinridge' in 1970. She tied the knot with actor Lee Majors in 1973, and in 1976 landed jobs in both 'Logan's Run' as well as 'Charlie's Angels.' Along with Jaclyn Smith and Kate Jackson, 'Angels' drew a whopping 23 million fans per week.
.
Posted by The Man at 6/26/2009 1 comment:

.
Autopsy planned today after mysterious death of music legend as millions mourn worldwide.
The L.A. County Coroner's Office has taken possession of Jackson's body and an autopsy is expected Friday.
Los Angeles Police Department spokesman Lt. Greg Strenk said the department's robbery-homicide department was investigating Jackson's death because of the high-profile nature of the pop star.
Multiple reports said he had gone into cardiac arrest, though the official cause of death wasn't immediately known.
Music icon Michael Jackson, whose fame spanned from his childhood with the legendary Jackson 5 to a superstar solo career that earned him the nickname 'King of Pop,' died Thursday afternoon at a Los Angeles hospital. He was 50.
Posted by The Man at 6/26/2009 1 comment: