9-month-old Had Blood-Alcohol Level Four Times Legal Limit
Carrollton Ga police found a baby sitter accused of feeding a 9-month-old boy wine, causing his blood-alcohol level to exceed four times the legal limit for an adult.
Carrollton police Sgt. Tony Johnson says authorities have found 40-year-old Tammy Demice Truitt of Carrollton. She was being sought on charges of first-degree cruelty to children and reckless conduct.
Police say Truitt was called to watch the baby and four other children ages 3 to 9 earlier this week when their mother had to leave town to care for a sick relative who has since died.
Doctors said the baby's blood-alcohol content of .33 was considered a life-threatening condition.
Johnson said the baby was released from the hospital on Wednesday and is doing fine.
.
Suspects Break Into Home, Leave Homework Behind
Police say they caught two teens that broke into Sacramento home, and the key to tracking them down was a homework assignment left behind. It's become a common crime in one Natomas neighborhood. But, when a pair of teens tried to break into a home this past week they made a big mistake. "Well, they say going to school is beneficial. In this case, it was beneficial for us," says Sgt. Norm Leong. The teens broke into a home with someone still inside, and when they heard the call to police they apparently got scared. "Suddenly these kids were worried about getting caught, so they started making their getaway," says Sgt. Leong. The two teens started jumping over neighboring fences, and that's when they left their backpacks behind
VIDEO
.
Posted by The Man at 7/20/2009 No comments:

A Dog With Eyebrows. 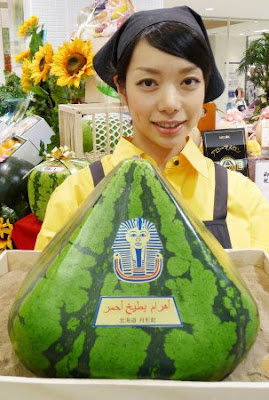 Man carved a hard boiled egg into a skull. 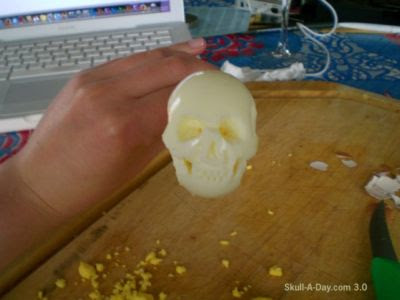 No, you aren't seeing things.
It's the latest thing out of weird Japan. 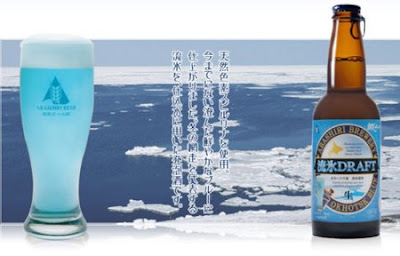 Japan's Abashiri Brewery is well on their way to offering us the united colors of beer, though nobody seems to have requested this of them. Regardless, Okhotsk Blue (also known as Ryuho Draft)
VIDEO
.
Posted by The Man at 7/20/2009 No comments: 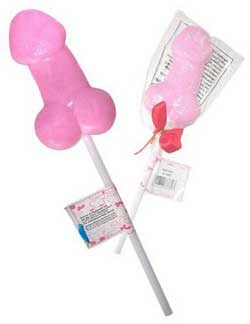 .
A German store is facing a trading standards and police probe after selling penis shaped lollipops in the sweets sections of its stores in Dortmund, western Germany.
The discount supermarket chain Tedi has defended the bright pink lollipops saying the product was just meant to be fun and "does not exceed borders of good taste in today's society."
But local politicians say it breaches the boundaries of good taste and is possibly illegal and have demanded trading standards officers investigate.
Dortmund prosecutor Ina Holznagel said: "I have asked police to provide me with one of the lollipops in question so I can check out whether they broke the law."
Posted by The Man at 7/20/2009 No comments:

Street People Are Smarter Than You Think 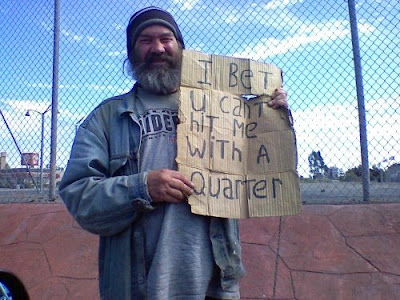