Playing around with gravity 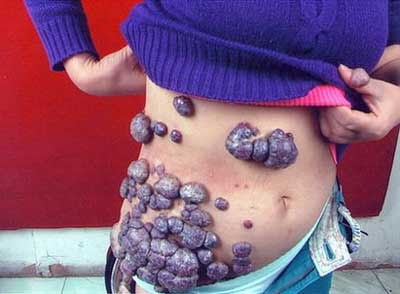 A girl dubbed the human turtle has baffled medics with an amazing series of tumors linking up across her body.
The tumors - made of massively swollen blood or lymph vessels - give 23-year-old Tian Yunting the appearance of a hard scaly skin.
But in fact, her rare medical condition means that even the slightest knock or jolt could burst the swollen vessels and she would bleed to death.
Tian has even had to give up college because the bus journey over bumpy unmade roads could have killed her.
"Even when I got there I couldn't sit down because the hard chairs might burst me," she explained.
Doctors in Zhangjiajie, southern China, say the condition is caused by a rare genetic deficiency called angiomas - but have never seen it on such a large scale.
"It can be controlled by regular removal of the tumors but that has to be done in hospital because there will be a lot of bleeding. This is the worst case we've ever seen," said one surgeon.
.
Posted by The Man at 1/17/2010 1 comment: 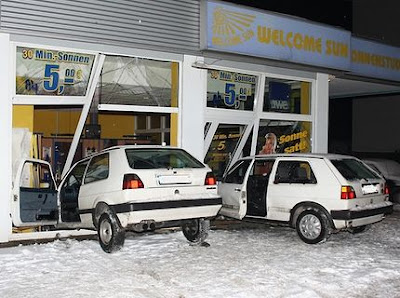 Car thieves turned this tanning salon into a drive-in after ramming it with identical stolen motors.
The bizarre raid has stumped police in Oberhausen, Germany, who are baffled by the twin prang.
"It was clearly very well planned and they'd taken some trouble to get matching cars," said one officer.
"But the last thing we need is synchronized ram raiders," they added.
.
Posted by The Man at 1/17/2010 No comments:

Woman Who Stripped to Avoid Arrest Going to Jail
A 36-year-old Sheboygan, Wisconsin woman who stripped in front of her children in a drunken attempt to avoid a shoplifting arrest is going to jail.
As part of a plea agreement, Julia E. Laack of Sheboygan pleaded no contest to three charges including retail theft. The Sheboygan Press says she was sentenced Thursday to six months in jail.
Prosecutors say Laack stole beef jerky and a lighter from a convenience store in October. They say when police went to her home she began screaming at three children and told a teenager the incident was his fault.
Laack then stripped to her underwear and told officers they couldn't arrest her because she would be naked.
.
Woman slashes own throat to get pain meds
A woman called 911 in Bradenton Thursday afternoon to report that a man had broken into her apartment and attacked her, slashing her throat.
Police and medical personnel rushed to the scene in the 700 block of 51st Street East to find a 30-year-old woman with cuts to her neck.
Officers cordoned off the area and conducted an intense search for the suspect, who couldn't be found.
Investigators say it turns out there never was a home invasion and that the woman had cut her own throat.
Investigators say the "victim" made the whole story up in an attempt to get pain medication.
.
Posted by The Man at 1/17/2010 No comments: 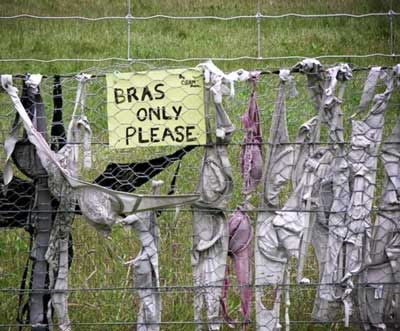 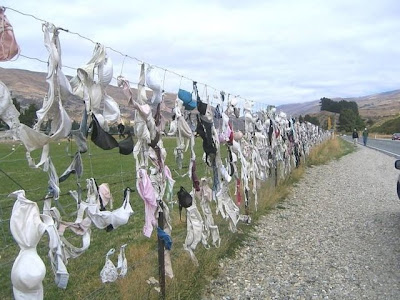 A Zion man who tried to escape police by jumping through a window learned the hard way that what happens on television is not always possible in real life.
Authorities said Travis Copeland, 19, bolted out of a Lake County felony courtroom Wednesday and ran across the courthouse skyway over Washington Street in Waukegan. The skyway connects courtrooms inside the Lake County Government Center to courtrooms at the Lake County jail.
Copeland - who was in court after violating a bond condition - tried to shoulder block his way through a window of the two-story skyway in an attempt to escape.
The bulletproof glass did not give way and Copeland, clearly staggering after hitting his head and shoulder, took two steps back and laid down on the floor with his hands spread over his head, and waited to be arrested.Copeland was returned to the courtroom following the failed escape attempt, and his bond was increased from $50,000 to $1.5 million.
.
.
Posted by The Man at 1/17/2010 No comments: