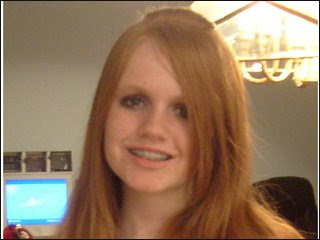 Girl, 14, disappears after online relationship
A 14-year-old Boise, Idaho, girl has disappeared and is believed to be in danger after meeting a 27-year-old man on the Internet. Police say the girl may be in the Seattle area with the man, who is wanted on a kidnaping warrant.
The girl, Saddie "Elaine" Julian, was last seen Wednesday morning. Authorities are asking for the public's help in locating her. She is described as 5 feet tall, weighing 90 pounds, with pale skin, long red hair and a thin build.
According to police, Saddie developed an online relationship with Morgan Douglas Jones, 27, of Birmingham, Ala., while playing an Internet game. Jones is described as standing 5-feet-9, weighing 160 pounds, with shoulder-length red hair and light skin. He was last seen clean-shaven.
It's believed that the two were traveling in a bright yellow 2008 Chevy Aveo, Alabama license plate OMGROFL.
.
.
.
Anonymous said...
A ransom note was believed to be found at the scene of the abduction.
It contained the lyrics to "Never gonna give you up".
Posted by The Man at 6/01/2008 2 comments: 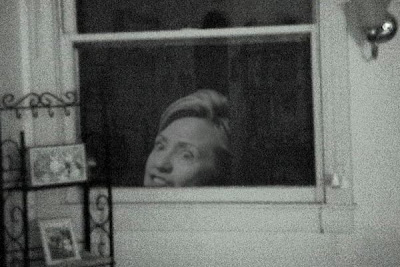 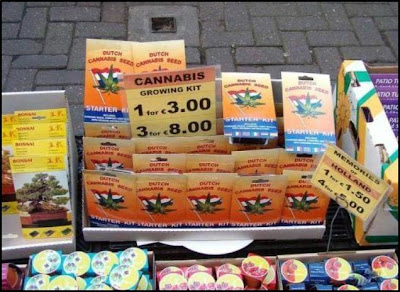 Marijuana is so ubiquitous here that everyone, from schoolteachers to kids, can tell you when a sinsemilla bud is ripe. From late summer to fall, the county reeks with the skunk-like stench of ready-to-harvest weed. The annual $1.5 billion pot crop constitutes two-thirds of Mendocino County's entire economy.
Earlier this year, Liberty and others who used to be benign about the issue decided enough was enough. They put Measure B on Tuesday's ballot to repeal the nation's most liberal rules for growing pot, which for eight years have allowed anyone to grow up to 25 plants for personal use. If Measure B is approved by a majority vote, the per-person limit will revert to the statewide limit of six plants.

Anonymous said...
If this "Mendocino" county is in the USA, why are you showing a pic of a product priced in Euros? Pic has nothing to do with the story does it?

What Did You Say?

Can You Spell Numbnut?
Thirteen year-old Sameer Mishra from West Lafayette, Indiana won the 2008 Scripps National Spelling Bee on Friday and often had the audience laughing with his one-line commentaries. Here's Sameer getting tripped up on the word numnah.
. 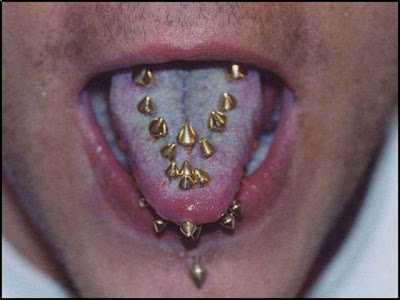 When he talks I bet he sounds like he has a mouthful of SHIT! 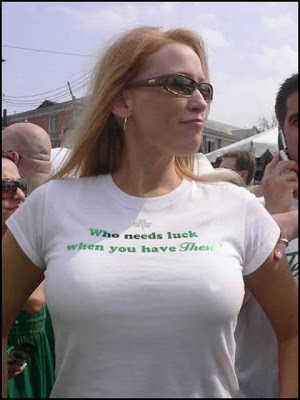 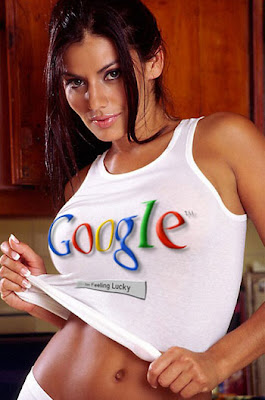 Anonymous said...
They're both going to need luck,
when they get older and their boobs begins to sag.
Posted by The Man at 6/01/2008 1 comment:

The Good and the Bad

Not Another Step
A woman is walking on the road and a voice shouts out, "Don’t take a step further." She obeys and suddenly a ton of bricks fall on the place where she would have otherwise been. She thinks she imagined it and keeps walking until suddenly the voice calls out again. "Don’t take a step further." She stops and a car skids past. Then suddenly she hears the voice saying "I am your guardian angel, and I will warn you before something bad happens to you. Now do you have any questions to ask me?" Yes! Shouts the woman, "Just where were you on my wedding day!"
.
Havig A Bad Day
A guy came into a bar one day and said to the barman, "Give me six double vodkas."
The barman says, "Wow!, you must have had one hell of a day."
"Yes, I’ve just found out my older brother is gay."
The next day the same guy came into the bar and asked for the same drinks. When the bartender asked what the problem was today, the answer came back, "I’ve just found out that my younger brother is gay too!"
On the third day the guy came into the bar and ordered another six double vodkas. The bartender said,
"Jesus! Doesn’t anybody in your family like women?"
"Yeah, my wife…"
.
Think About It
"I’m getting a divorce," said Jack to his friend, Bill. ‘The wife hasn’t spoken with me for six months."
Bill thought for a moment and then replied,’ Just make sure you know what you’re doing, Jack. Wives like that are hard to find"
.
This is how Texans do it:
A man moved to Texas and bought a donkey from an old farmer for $100. The farmer agreed to deliver the donkey the next day.
Come morning, the farmer drove up and said, "Sorry, but I got some bad news. The donkey died."
"Well then, just give me my money back."
"Can’t do that. I went and spent it already."
"OK then, just unload the donkey."
"What ya gonna do with em."
"I’m gonna raffle him off." "Ya can’t raffle off a dead donkey!"
"Sure I can. Watch me. I just won’t tell anyone he’s dead."
A month later the farmer met up with the guy and asked, "What happened with the dead donkey?"
"I raffled him off. I sold 500 tickets at $2.00 apiece and made a profit of $898."
"Didn’t no one complain?"
"Just the guy who won. So I gave him his $2.00 back."
.
Pregnancy Questions
Here are a few answers to commonly asked pregnancy questions by both men and women.
First, the questions from women:
Q: Should I have a baby after 35?
A: No, 35 children is enough.

Q: I’m two months pregnant now. When will my baby move?
A: With any luck, right after he finishes college.

Q: My childbirth instructor says it’s not pain I’ll feel during labor, but pressure. Is she right?
A: Yes, in the same way that a tornado might be called an air current.

Q: Is there anything I should avoid while recovering from childbirth?
A: Yes, pregnancy.

Q: Do I have to have a baby shower?
A: Not if you change the baby’s diaper very quickly.

And, from men:
Q: My wife is five months pregnant and so moody that sometimes she’s borderline irrational.
A: So what’s your question?

Q: Is there any reason I have to be in the delivery room while my wife is in labor?
A: Only if the words "alimony" and "child support" scare you.

Nurse Charged With Injecting Patients With Bleach
LUFKIN, Texas — A former nurse accused of intentionally injecting bleach into two patients at a dialysis center was arrested Friday, police said.
Two witnesses said they saw Kimberly Clark Saenz, 34, draw bleach into syringes and inject it into two patients' dialysis lines at the DaVita Dialysis Center on April 28, Lufkin police said in a statement.
Both patients survived, but one required treatment at a hospital, police said.
Police said tests showed bleach in the syringes and dialysis lines.
.
Caller ID leads to marijuana arrest
Note to drug users: Be careful how you label people on your caller ID.
An Annapolis man was arrested Monday for drug possession after he called another man who was being arrested, city police said.
It started out as a simple traffic stop. At about 10:30 p.m., an officer on patrol pulled over a car on Church Circle near Duke of Gloucester Street for failing to stop at the red light, police said.
The driver was identified as Joshua S. Greene, 22, of Glencoe. Mr. Greene told police he did not have his license with him, but a check through MVA records showed that his license was suspended, according to a police report.
While police were arresting Mr. Greene, his cell phone rang, and the caller ID said it was "Zack the Weed Man" calling.
Posted by The Man at 6/01/2008 No comments: