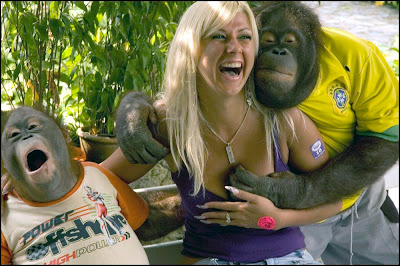 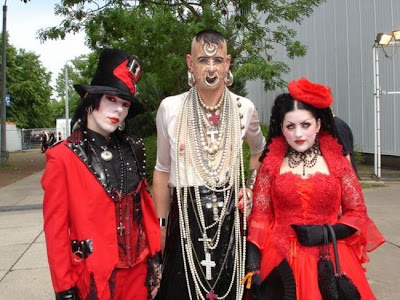 Everyone knew that one or two kids in high school that stuck to themselves and wore nothing but black. They wanted to be loners and stand out,,,didn’t want to fit into he norm.
Well lucky for them there are so many other like that and as they got older they were able to be different with a bunch of people just like them. Of course wouldn’t that be like being normal within your group and just once again fitting in which is what you were trying to avoid in the first place?? So confusing.
.
Posted by The Man at 6/08/2009 1 comment: 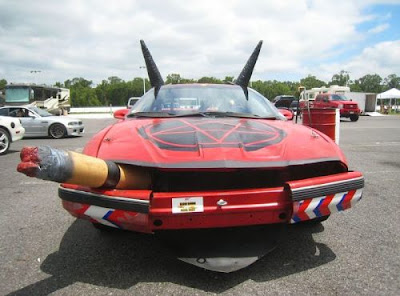 Just another four years to go 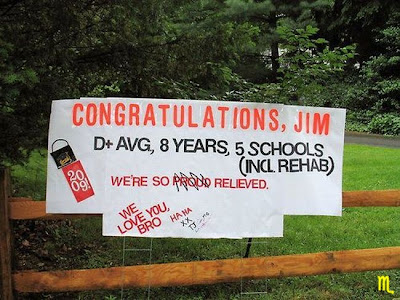 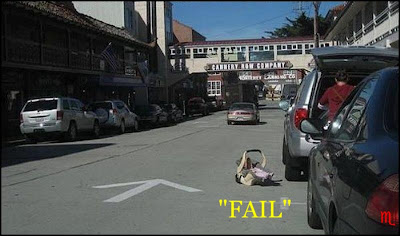 Catch of the day 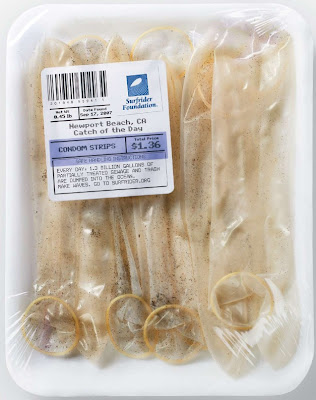 NJ Man beaten and arrested for having an unzipped jacket

There was a rally against police brutality in Passaic, New Jersey. It follows Friday's release of a surveillance videotape showing a police officer beating a man outside a bar in Passaic.
The man is Ronnie Holloway and he was badly beaten back on May 29.
Holloway and another woman, claiming the same officer beat her, were at Saturday's rally.
The protestors say the case of Ronnie Holloway is just too much to ignore.
"If my son was in the wrong it would be one thing, but he wasn't doing a thing," Betty Holloway, Ronnie Holloway's mother said.
A surveillance tape just happened to capture the whole thing.
It showed a cop getting out of his car and getting more than a little rough with a man standing on a street corner.
"I didn't know if I was going to see tomorrow at that point," Ronnie Holloway said.
Holloway, who says he has no police record, was arrested on charges of resisting arrest and wandering with the intent to buy drugs. He has filed a complaint and an Internal Affairs investigation is underway.
.
.
Posted by The Man at 6/08/2009 1 comment:

Tourist survives night ride on the outside of Australian train 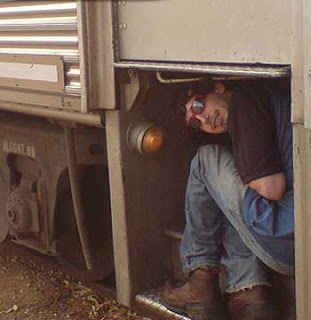 An American tourist has survived a terrifying late night train ride, clinging to the side of a train as it hurtled through the South Australian Outback at speeds of up to 70 mph (110 km/h).
Chad Vance, 19, from Alaska was traveling on the legendary Ghan train from Adelaide to Alice Springs when a late return to the station during a scheduled stop threatened to leave him stranded hundreds of miles from his destination.
He chased the train as it pulled away then clambered up the side of the tain and squeezed into a tiny stairwell between carriages.
The train had gone over 120 miles before a Ghan crew member heard the Alaskan student's cries for help and brought the train to an emergency halt, rescuing Mr Vance from almost certain death.
"Chad is a very lucky guy - when we rescued him his skin was white and his lips were blue," said his rescuer Chad Wells, a technician with The Ghan's operator, Great Southern Railway.
"We were still about three hours away from our next scheduled stop and in that time, he could have easily died of hypothermia or lost his grip and fallen to his death if he hadn't been rescued."
VIDEO: Terrifying Train Drama at 110Kph
.
Posted by The Man at 6/08/2009 2 comments: