It's really not that difficult... 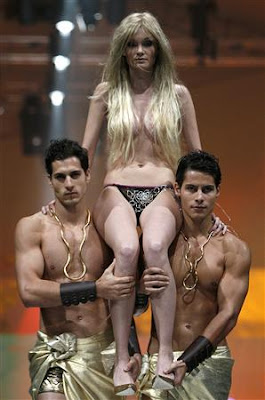 A DIAMOND thong worth $S168,000 ($132,500) was the highlight of a lingerie fashion show in Singapore. The Triumph Luxurious Diamond Thong had 518 brilliant-cut diamonds, totalling 30 carats, studded into the front of a black lace thong in a floral pattern. The skimpy underwear that left little to the imagination also had 27 white gold tassels hanging off it. Danielle Luminita, a model from Romania, was carried down the runway on the shoulders of two male models wearing only the diamond thong. "It is very comfortable, it's not heavy or scratchy or anything," Luminita said backstage. A spokeswoman for Triumph International, the lingerie company that commissioned the thong, said that the thong would be dry cleaned before going on display.

Incredible video of a truck crashing off an overpass 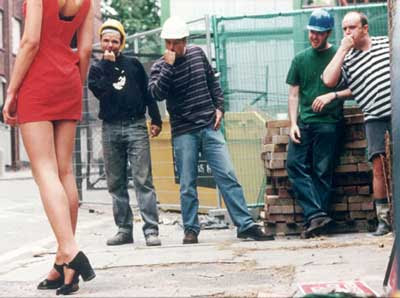 A leading building firm has banned its builders from wolf-whistling at women, claiming the tradition was putting off "savvy and sophisticated" female house-hunters.
George Wimpey Bristol have banned their employees from making cheeky remarks or innuendo, declaring the "outdated" tradition is not acceptable in today's world.
Sales and marketing director Richard Goad told staff in a memo that Bristol builders would not be able to wolf-whistle on any of the city's six sites from 9am yesterday.
Mr Goad said: "In the 21st century the wolf whistle is out of place." Our buyers know what they want and the general feeling is that women won't stand for being whistled at by builders.
Posted by The Man at 4/04/2008 No comments: 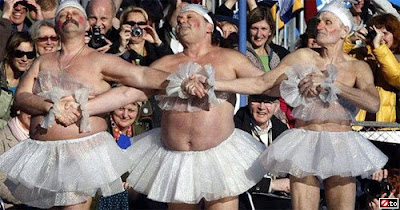 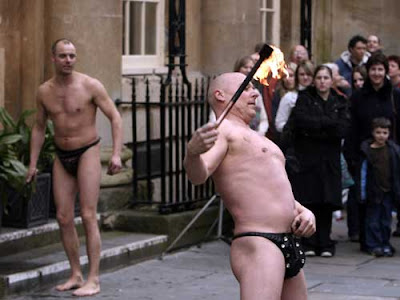 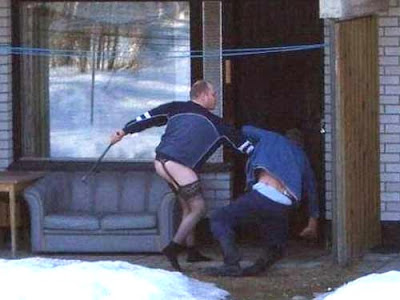 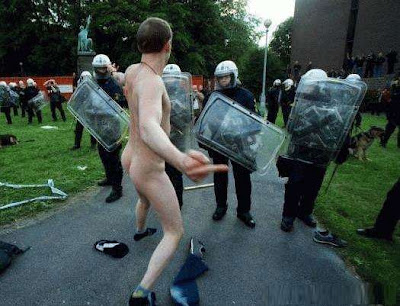 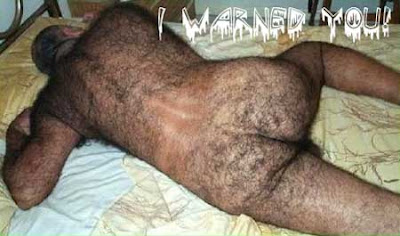 Man gets revenge on girlfriend for prank - NSFW