Pizza baron offers small fortune to get 1st love back 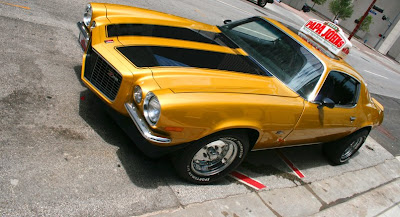 You never forget your first love and John "Papa John" Schnatter is ready to pony up a cool quarter mil to get back his gold 1972 Z28 Camaro.
With its velvet interior, 330 horsepower engine and a posi-traction differential that was perfect for making his wheels squeal, no car has ever matched the 5-year-old one he bought for $1,600 when he was 16.
Posted by The Man at 7/07/2009 No comments: 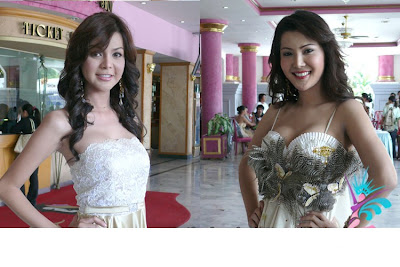 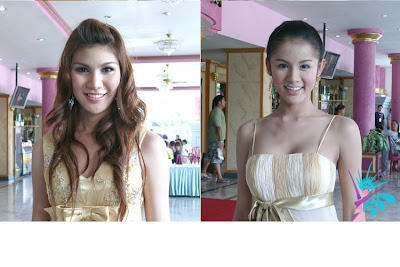 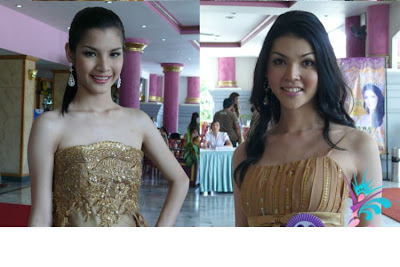 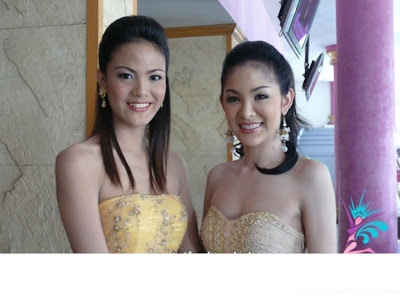 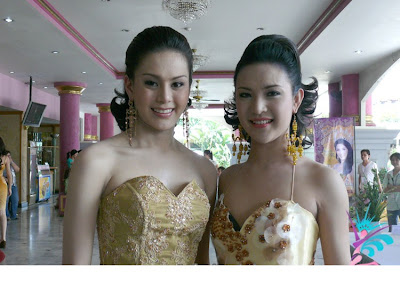 Man cuts his "Penis Off"
A 54-year-old carpenter in Wantage, England, accidentally cut off his own penis while working with a saw, his mother says.
Stuart Keen's mother, Edna, told The Sunday Telegraph her son had been cutting wood for a cabinet when the saw inflicted the horrific injury. Surgeons were able to reattach the severed appendage, she said.
"Stuart is a carpenter and uses sharp and sometimes dangerous tools," Keen's mother said.
"This was an unfortunate accident but these things happen all the time to people in his profession."
A South Central Ambulance Service spokesman said paramedics found him bleeding in his bathtub.
"I have spoken to him and he is quite embarrassed about the whole incident," Keen's mother said.
.
Penis Smacking -- one way to get hubby up, out of bed
A 28-year-old Fort Walton Beach woman who allegedly hit her husband in the genitals and then poured water on him faces a battery charge.
According to the arrest report, the woman and her husband were arguing in their bedroom and she became angry because he would not leave the bed. She allegedly hit him in the genitals, then poured water on him.
The deputy noticed a wet spot on the sheet and a cup lying near the bed.
.
Hey, Look at Me!
A Mary Esther man faces a charge of indecent exposure after he allegedly exposed himself and masturbated in full view of a woman while both were stopped at a stop light in Mary Esther.
According to the arrest report, the man pulled up alongside the woman's car and got her attention by turning his stereo up and down. When she looked over, she saw that he was masturbating.
When the light turned green, she turned left onto Hollywood Boulevard.
The man proceeded to follow her.
While she was stopped at another red light, the report continues, he again pulled up next to her in the left turn lane.
He again turned his stereo up and down to get her attention.
He was still masturbating.
.
Passenger steps forward to fix jet
A passenger on a broken-down jet fixed the aircraft after the captain announced the flight would be delayed because of a technical fault - and saved holidaymakers a long delay.
The man was on a flight from Menorca to Glasgow when the captain announced that the Thomas Cook flight TCX964L had developed a fault.
He told passengers that an engineer would probably have to be flown out from Manchester to fix the problem, which could take up to eight hours.
However, the man told cabin staff he was a qualified engineer and offered to help.
He managed to solve the problem and the plane took off, landing in Glasgow just 35 minutes late on Saturday.
A Thomas Cook spokeswoman said the company followed procedures to check his licence and ensure he was qualified before allowing him to work on the Boeing 757-200.
.
Standing Area Only
Ryanair seeks standing room on planes
Low-cost Irish airline Ryanair says it is seeking permission to sell standing room tickets on flights.
Such passengers would be charged less than regular seats, and Ryanair is seeking permission from the Irish Aviation Authority to allow standing room before ordering new aircraft, the British tabloid The Sun reported.
The newspaper said standing fliers would huddle next to what have been described as "bar stools," to which they would be attached by seatbelts. A Ryanair spokesman said, "If they approve it, we'll be doing it."
Airline Chief Cxecutive Michael O'Leary has said he has held talks with U.S. plane manufacturer Boeing about designing a jet with standing room, The Sun reported. O'Leary said he got the idea from the Chinese airline Spring, which estimates it could pack in as many as 50 percent more passengers and cut costs by 20 percent by using standing room.
.
Sex-crime suspect claims jail rape to get new cell mate
A man already jailed on sex-related charges was arrested again Wednesday after falsely claiming his cell-mate raped him, according to an affidavit released Thursday.
Nathan Burton Fitzgerald, 29, made the claim in hopes of getting a new cell-mate, the affidavit states.
Fitzgerald was booked into the St. Lucie Florida County Jail in May. He faces charges including lewd or lascivious battery and multiple counts each of sexual battery on a child under 12 by a perpetrator over 18, and lewd or lascivious molestation.
This week, Fitzgerald, who has a listed address in the 2900 block of Southwest Boxwood Circle in Port St. Lucie, said his new cell-mate sexually battered him several times over the weekend, the affidavit states.
During an interview with sheriff’s investigators, however, he recanted and said he reported it to get a new cell-mate, according to the affidavit, which did not give his reasons.
Fitzgerald on Thursday was in a cell with no one else for disciplinary reasons, a sheriff’s official said. It hasn’t been decided whether he’ll get a different cell-mate following his disciplinary confinement, the official said.
.
Excuse for shoplifting -- it's a stress-buster
When the going gets tough, the tough go -- shoplifting.
Danielle Salley, 23, caught the attention of a Wal-Mart loss prevention officer after he saw her place something inside a reusable shopping bag.
The loss prevention officer continued to watch Salley, who had a cart full of items in other reusable bags, pass by a closed register and attempt to leave the store.
When police arrived, and asked why she had done it, Salley shrugged and said, "I don't know, I'm under a lot of stress lately."
Items recovered included decorative pillows, laundry detergent, shoes, video games and candy bars.
.
Posted by The Man at 7/07/2009 No comments: