Just How Dumb Can People Be

We all have to fail sometimes.
But there's something glorious about failing with style.
A new book, “The best test paper blunders” give some great examples of exam answers from the most clueless - and inventive - of students. Some are very nearly right ("What happens to your body when taking a breath? Your chest gets bigger"), but some are very wrong indeed (Is the moon or the sun more important? The moon gives us sight at night when we need it. The sun only provides light in the day when we don't. Therefore the moon is more important). Laugh...and weep for the state of education!

Labels: Not Using Their Brain 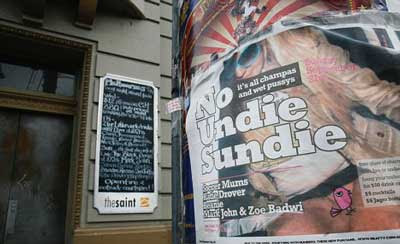 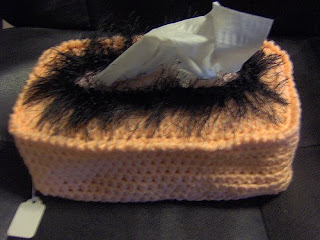 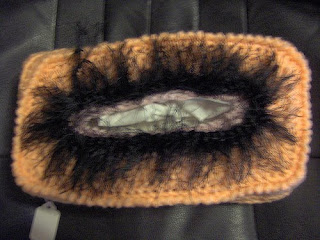 Forgive me for asking, but hasn't this pattern been around a long time?
Seems like I have seen this before...a long time ago...in a galaxy fur, fur away.
Posted by The Man at 9/19/2008 No comments:

He can't say he didn't see that coming 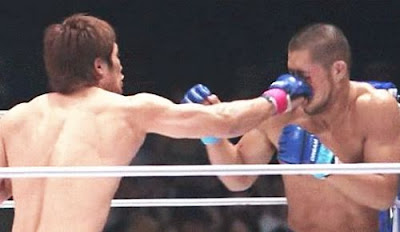 Sex- and orgasm-triggered strokes in relatively young women and men are rare, but not unheard of. They require a combination of factors and events not unusual in themselves, but which are highly unlikely to occur at the same time.

The 35-year-old woman's symptoms were typical of this unusual kind of "cryptogenic" stroke, says Jose Biller, MD, professor and chair of the neurology department at Loyola University, Chicago.

"This young woman ... while having intercourse had numbness on the left side of her face, slurred speech, and weakness in her left arm," Biller tells WebMD. "When she was transferred to our care six hours after onset, she was completely unable to move her left arm, her face was paralyzed, her speech was garbled, and she was in a state of panic."

It was too late to inject the woman with the clot-busting drug tPA, which must be given within three hours of a stroke. So Biller's team quickly ran a catheter from an artery in the woman's groin up into her brain to find the blood clot by angiography. Once it was found, they had only one option: to apply tPA directly to the clot.
Posted by The Man at 9/19/2008 No comments:

Woman Faces Federal Jail Time Over Spilled Soda
An Idaho woman is facing federal charges and possible jail time after refusing to pay for a soda and then spilling it on a counter in a case she calls a waste of taxpayer's money.
U.S. Attorney Tom Moss plans to bring two charges against Natalie Walters, 39, stemming from an Aug. 20 incident at the Boise Veterans Affairs Medical Center. If convicted, she could face up to six months in federal prison.
Walters, who routinely takes her father to the Boise hospital for treatment, said there is no posted price for soda refills at the center's cafeteria, and she's typically charged between $1 and $1.50 for filling her mug, but on Aug. 20, she was charged $3.80, which lead to the dispute and Walters dumping the soda on the cafeteria counter.
"My father is a veteran. It is a federal facility for veterans. This should have been handled differently," she told the paper. "This is extreme. This is totally extreme. Well, if they have that much time on their hands, go for it."
.
Restroom Cleaner Gets Golden Plunger Award
Steve Oswald isn't getting back the $156.94 he charged the city for cleaning a public restroom. However, he did get the attention of city officials who promised to take better care of the restroom — and honored his efforts Tuesday with the Golden Plunger Award.
Oswald, 45, said he didn't expect to be reimbursed after billing the west Michigan tourist town for the work he did last month. But he did say he appreciated the award, a toilet plunger spray-painted gold and set on an oak stand.
WZZM-TV in Grand Rapids reports the city has replaced some of the fixtures in the bathroom and will hire a cleaning company to keep it tidy.
Mayor Tony Vettori was quoted by The Grand Rapids Press as saying he was glad Oswald "lifted the lid on this problem."
.
NO Miniskirts
Uganda's ethics and integrity minister says miniskirts should be banned - because women wearing them distract drivers and cause traffic accidents.
Nsaba Buturo told journalists in Kampala that wearing a miniskirt was like walking naked in the streets.
"What's wrong with a miniskirt? You can cause an accident because some of our people are weak mentally," he said.
Journalists found the minister's comments extremely funny.
Picture and More
.
Police dog saved thief from river who tried to escape.
Glen Lyon, 25, was spotted acting suspiciously near houses in Aberdeen. He was chased before jumping into the Don, where he was dragged to safety.
Lyon admitted intent to steal, and to attempting to pervert the course of justice. Sentence was deferred for four months for good behavior.
Aberdeen Sheriff Court heard officers chased Lyon from a property before he ran underneath a nearby bridge and jumped into the river.
He struggled to stay afloat, so a police dog was sent in after him.
The dog helped pull him through strong currents until he managed to grab a tree.
He was then pulled to the river bank by a female police officer who also jumped in to save him.
Picture and More
.
Coke dealer charges gas surtax
A Northwest Indiana man facing drug charges allegedly told a police informant he's charging customers an extra $25 because high gas prices have boosted his delivery expenses.
According to Porter County court records, 18-year-old Anthony Salinas of Hammond told a confidential source for the county's drug task force in June that with rising gas prices, he had to add the extra charge to the $215 he allegedly was charging for 7.2 grams of cocaine.
Salinas then raised the price to $250 for what turned out to be 7.5 grams that he delivered in Portage on June 26, records state.
Salinas promised the price would drop to $230 on the next deal, according to records. Porter County authorities charged Salinas with two counts of dealing cocaine on Sept. 8, but he was no longer in the Porter County Jail as of Wednesday. If convicted, he could face up to 100 years in prison.
Fox Video
.
Father Jailed after 11 Year Old Driver Crashes
A man finds himself in jail Tuesday after teaching his son how to drive a bit too soon.
28-year-old Derrick Johnson was teaching his 11-year-old son how to drive in the parking lot of an apartment complex when things went terribly wrong.
The young driver lost control of the automobile, hitting four cars and a man.
The man, Anthony Morgan was walking through the parking lot when he saw the car heading toward a one year old child. Morgan pushed the baby out of harms way, putting himself in danger. He was struck by the car, leaving him with back and neck injuries.
Both the father and son both fled the scene of the crime.
Johnson was found at the Stoneybrook Apartment complex in Riviera Beach. He was arrested on outstanding warrants as well as charges of fleeing the scene of a crash and child neglect.
The 11-year-old ran into the apartment complex and has not been found.
.
Employees Forced to Take Unpaid Week Off
In already tough times, employees of the Camden County Sheriff's Office are being told to make a big sacrifice.
Sheriff Bill Smith has said because of budget cuts all his 130 employees, including deputies, will be required to take five days unpaid vacation.
Tripp Casey is friends with several deputies and he has set up a fund to help.
"They help us everyday and aren't appreciated, we don't think about them until we need them," says Casey.
County Commissioner Steve Berry is one person responsible for trimming the Sheriff's budget, but he says the forced vacations could have been avoided.
Berry says Sheriff Smith has not cut costs in his office, doing things like reducing the number of highly paid administrators.
But now all Sheriff's Office staff is caught in the middle.
News Video
Posted by The Man at 9/19/2008 No comments:

A Pissed Off Mine Kept His Mouth Shut.