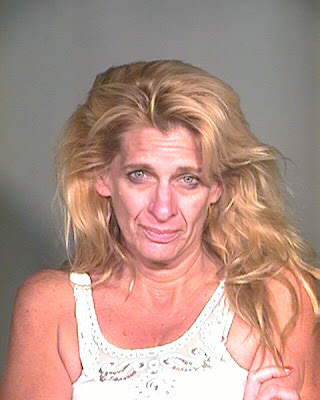 Woman Goes After Boyfriend With Hammer, Police Say
A Mesa woman chased her live-in boyfriend with a hammer after he tried to break up with her, police said.
Pamela Ruth, 47, was booked for prior outstanding warrants, criminal damage, domestic violence and false reporting to law enforcement.
Click Here To Read More
No wonder he wanted to break up with her.
Toilet Paper Thief On The Loose In Wisconsin
Someone is either too cheap to buy his own toilet paper or planning a big prank.
Fond du Lac County Executive Allen Buechel said someone has been repeatedly stealing toilet paper from the men's public bathrooms at the Fond du Lac City County Government Center since June.
Click Here To Read More

Suspect Named As Kiddie Crook Mastermind
Seaside Heights police have named a suspect they say was videotaped using his granddaughter to steal a purse from an arcade.
Police signed an arrest warrant for Daniel Twomey. The 52-year-old lives in Teaneck. The theft happened just after midnight Sunday at Lucky Leo's on the boardwalk.
Click Here To Read More
Posted by The Man at 9/30/2007