The world’s tallest snowman 122-ft isn’t a man at all it's a woman. 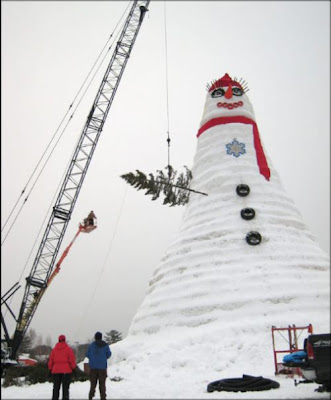 With skis for eyelashes and red-painted tires for lips, she is a whole-lot-of-woman. 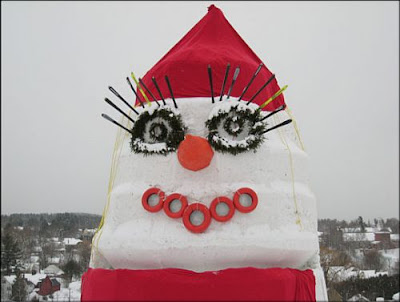 Maine creators named their snowwoman "Olympia" after their Senator who is ironically named Olympia Snowe. Olympia knocked "Angus, King of the Mountain," the record holder since 1999, right out of the park.
The 1999 record holder was named for Angus King, who was governor in Maine at the time, but Angus isn’t King anymore.
Olympia’s creators made her arms out of pine trees and she too has her share of glitz and glamour as a giant snowflake pendant, more than six feet in diameter, hangs from her neck.
This ice princess will be around for a while; she isn’t expected to melt until May.
.
Posted by The Man at 12/21/2008