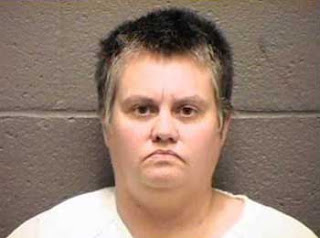 The FBI filed federal charges this week against a Durham woman for allegedly threatening to kill her probation officer.
In a criminal complaint filed with the United States District Court, federal investigators say Teddy Bear Paradise told witnesses that "they would have to clean up all the blood in the parking lot."
The complaint also says that Paradise has continued to threaten the woman despite having her parole repeatedly revoked.
.
Woman bites driver over non-hybrid bus
Going green was a cause she could really sink her teeth into.
The frantic passenger who bit a veteran driver's arm was upset that his bus wasn't a hybrid, he said Thursday.
"She came on the bus, and she said she waited more than an hour for a hybrid," said MTA driver Peter Williams, 42. "I said, 'I'm not in control of what bus is assigned to me.'"
When her rant was done, she grabbed his arm.
"Miss, don't touch me while I'm operating the bus," Williams warned Bolar.
At W. 79th St., Williams let passengers off and gestured to a dispatcher he called for help.
"That's when she bit me. ... I couldn't believe it."
.
Pregnant woman forced to expose herself
A pregnant woman was told to bare her stomach in a crowded liquor store to prove she wasn't shoplifting or police would be called.
Cr Tully said the 40-year-old woman was in a Springfield bottleshop last week buying a birthday present when the shop assistant forced her to lift her shirt and expose her baby-belly in front of other customers, after being wrongly accused of shoplifting.
The woman was told if she did not comply, police would be called.
It is believed the 1st Choice Liquor staff claimed there had been a similar incident earlier in the week where a person who was posing as a pregnant woman was actually stealing alcohol.
He said shoplifting was a matter for police not "voyeurs" working behind the counter.
.
Posted by The Man at 1/29/2009