Rock-throwing pair: 'It was just a dumbass prank'

An 18-year-old woman and 23-year-old man from Tacoma, Washington accused of dropping big rocks off a railroad trestle onto more than a dozen cars below apologized for their behavior Wednesday. 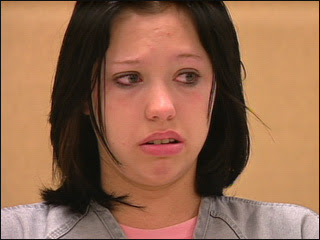 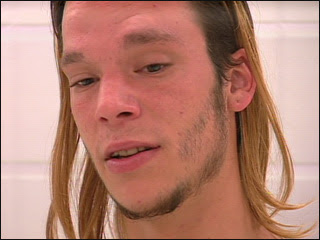 In an interview with Amanda Madison and Joshua Sizemore from their jail cells, they didn't deny tossing the rocks, but said they never thought it would hurt anyone.
Madison said the night began innocently enough.
Sizemore said after a while, Madison wanted to play a stripping game where if they saw a headlight out, they would say "Sex Me" and the other person had to remove an article of clothing.
The pair were tracked down by troopers on the ground with assistance from a State Patrol airplane, which captured video of the couple throwing rocks.
Troopers say when they caught up with the pair, it was apparent that Madison was losing the game -- she was arrested in just her underwear. Sizemore says he was shirtless and was without shoes.
He added he didn't think tossing rocks was so dangerous.
"I didn't think it was deadly, I thought we were just hitting roofs and stuff," he said.
Madison wanted to make it clear that it was all her idea, and that she was sorry for what she did.Sizemore was similarly apologetic."I wish I could go back in time and change everything. I wish I could tell them I'm sorry.
The two have pleaded not guilty to 14 counts of second-degree assault. If convicted, they could face a maximum penalty of 10 years in jail.
.
Couple in Bizarre Stripping Game Speak Out
.
Posted by The Man at 5/29/2009