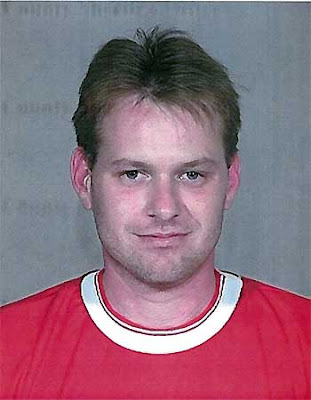 You answer the phone, and it's a recorded message:
"By now you should have received your written note regarding your vehicle warranty expiring. This call is to give you a final opportunity to extend coverage before it is too late. Press '1' now to speak to a warranty specialist regarding your options on your vehicle."
Upon pressing "1," you are transferred to a "warranty specialist" who lies to you, telling you he is affiliated with an automobile dealer or manufacturer and that your warranty is up. And before long, you may have agreed to put $450 down on an extended service contract that costs up to $3,000, the balance to be paid in monthly payments.
Or maybe you hang up — only to be called again. And again. Because more than a billion of these automatically dialed "robocalls" have been sent to cell phones, government offices and even 911 operators.
What's surprising is that these billion-plus calls allegedly stemmed from three companies — Transcontinental Warranty, Voice Touch and Network Foundations.
.
Meet the main players behind the alleged scheme:
— Christopher D. Cowart, 47, of Fort Lauderdale, Fla., owns Transcontinental Warranty, a Delaware company based in Fort Lauderdale. A graduate of Southeastern Louisiana University, Cowart likes to read, travel and play golf in his spare time. He also maintains a Facebook page and uses a LinkedIn profile to advertise his latest business ventures.
— James A. Dunne, 36, of Daytona Beach, Fla., owns Florida-based Voice Touch with his wife, Maureen. Dunne has a checkered legal past, including charges of filing a false report of a bomb that landed him six months in jail in 1991. He was most recently arrested in 2001 for indecent exposure, but those charges were later dismissed.
— Maureen E. Dunne, nee Maureen Geisen, is James Dunne's wife. Little information can be found pertaining to her.
— Damian P. Kohlfeld, 35, of Valparaiso, Ind., is the owner of Network Foundations, which is based in Chicago. Kohlfeld allegedly supplied the technical know-how for the alleged telemarketing scheme employed by all three companies. The Arizona State University graduate has more than a decade of experience writing software and building computer networks. His latest hit, according to the FTC, was a "spoofing" device that tricked caller ID systems.
.
Posted by The Man at 6/15/2009

the federal trade commission is the "scam" if you ask me...

"THIS is the $#%$!% who's been sending those #%$ car warranty calls??! Well well well, it's nice to finally assign a face to all this. Hang em high from the rafters!"