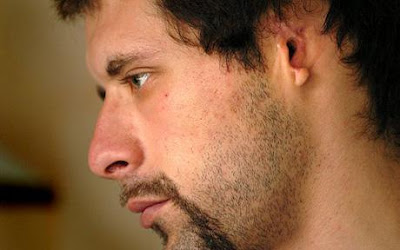 A man who had one of his ears cut off when he was attacked in a park had it stitched to his stomach in a bid to save it.
Paul Gibbs, a student from Leeds, was attacked by three men as he camped out with a group of friends last year.
Because the ear was not found for 17 hours, surgeons could not immediately reattach it.
Instead, doctors stitched it inside his stomach so some of the tissue will re-grow. The plan is to then reconstruct the ear using some of the cartilage from 26-year-old Mr Gibbs's rib cage.
Mr Gibbs was attacked in Rothwell Country Park, near Leeds, He suffered brain damage when he was hit over the head with a motorbike helmet before his left ear was sliced off.
Last week two 18-year-olds and a 22-year-old were convicted of attacking Mr Gibbs. They were each given indeterminate prison sentences with the younger men ordered to serve a minimum of two years and 210 days and the 22-year-old was told he must serve at least four-and-half years.
.
Posted by The Man at 6/14/2009