Teen Gets 23 Years for Killing His Mother Over Video Game 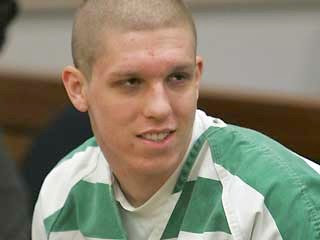 A northeast Ohio teen who shot and killed his mother and wounded his minister father was sentenced Tuesday to 23 years in prison for crimes rooted in his obsession with video games with violent themes.
Daniel Petric, 17, who could have gotten life without parole, shook his head slightly, sniffled and held back tears but sat down without saying a word when given the chance by Lorain County Common Pleas Judge James Burge.
Petric's eyes were red from crying when his father, Mark Petric, asked the judge to be lenient and said his son regrets killing his mother and reminds his father often that he is glad his father survived.