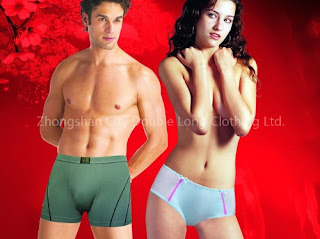 If you want to know whether the economy has bottomed out, look no further than the nearest men's underwear drawer.
If men are wearing threadbare jocks - or worse, undies with holes - the nation is in real trouble, according to a growing number of economists who say the condition of men's underwear is a valuable fiscal indicator.
In fact, many argue it is an even more reliable barometer of the state of the economy than the century-old Hemline Index - which suggests women's hemlines rise in good times - and the Lipstick Index - which holds that when times get tough, lipstick sales soar as women seek comfort in affordable, feel-good items.
First touted by former US Federal Reserve chairman Alan Greenspan, the men's underpants index, or Manty Index as some have called it, reasons that because hardly anyone sees men's underpants, it is one of the first things men stop buying in tough economic times.
By extension, the theory also suggests that the pent-up demand means that men's underwear sales should also be among the first to soar when the economy picks up.
.
Posted by The Man at 6/05/2009

Who can afford underwear?