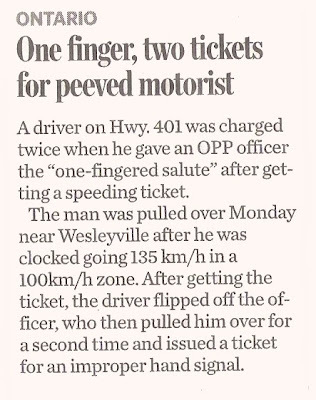 .
Cop arrests girl, 5 - twice
A German police chief has come under fire after arresting a five-year-old girl for playing too roughly with his son - and then charging her for giving him the finger.
Little Monika Kretzmer was in tears when the police chief - named only as Wolfgang M for legal reasons - drove her home under arrest when she upset his son at a sandpit.
But the furious cop arrested her again a few days later when she saw him in uniform and allegedly stuck a finger up at him.
The police chief despatched a team of officers to the family home in Chiemgau, Germany, to warn her parents of her actions and tell them she would be charged with anti social behavior.
But family lawyer Roland Netzer said: "This sort of behavior by the police in the city casts a shadow over their reputation.
"We have filed a complaint with the Interior Ministry and we can assure the policeman she doesn't even know what it means to show someone the finger."