Girl in tuxedo denied a place in school yearbook 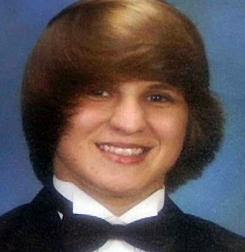 Veronica Rodriguez describes her daughter, 17-year-old Ceara Sturgis, as "a perfect child": a straight-A student, a goalie on the soccer team, a trumpet player in the band and active in Students Against Destructive Decisions.
Sturgis also is gay and feels more comfortable in boys' clothes, her mother says. So Rodriguez supported her daughter's decision to wear a tuxedo, rather than the drape customary for girls, when she had her senior portrait made in July. Now she is battling officials at Wesson Attendance Center in the Copiah County (Miss.) School District. Rodriguez said she received a letter from the school in August stating that only boys could wear tuxedos and have since refused to include the photo in the school yearbook.
The conflict is one of several this year involving how school districts handle cross-dressing students.
.
Posted by The Man at 10/20/2009

Girls needs to go back to wearing dresses or skirts.

let her wear what she wants to wear - she is an honor student and is active in her school and community. i am in mississippi and you can bet your butt we are fighting for her!

If this were a boy wearing a square dance dress or a dressy evening gown, you can bet everyone would be in a an uproar.

"I don't see the harm of putting that picture in the yearbook."