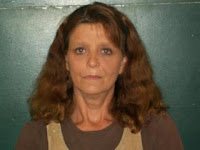 The Macclenny Walmart was cleared out yesterday because of a woman with a gun.
According to the Baker County Sheriff's Office, it happened Tuesday afternoon when 54-year-old Patricia Anthony Perry went shopping.
She told deputies she was buying ammunition for the .38 caliber handgun she was carrying, and said she had a concealed weapons permit.
According to the report of the incident, she said she took the gun out of her purse and unloaded it in the sporting goods section in front of a clerk.
The deputy indicates she smelled of alcohol, but she denied drinking.
She also changed her story a short time later and denied being in the sporting goods section. She also said she didn't know if the pistol was loaded.
The employee in the sporting goods section told a deputy the woman pulled out a gun, removed a bullet from it, and asked if the store sold that kind of bullet. When he told her no, she reloaded the gun.
The employee told the deputy the woman smelled of alcohol and had watery eyes. He also noticed a liquor bottle in her purse.
After Perry was arrested, she told deputies the gun was a gift from her son, and she was having a rough time and wanted to go into the woods and hunt, saying the .38 was to kill snakes.
She also told deputies he didn't know it was illegal to display a firearm in public.
Perry faces charges of disorderly intoxication and improperly exhibiting a firearm.
.
Posted by The Man at 11/15/2009