Man faked illness 17 times for ambulance rides
authorities say a man repeatedly called 911 for an ambulance when there was no emergency to get a ride to another town.
Forty-four-year-old Devin Henson of was arrested Friday and charged with false alarm, harassment and telephone misuse. He is being held on $4,000 bond.
The Cecil County Sheriff's Office says Henson called 911 17 times this year faking an illness. After being taken to in Elkton, officials say Henson would leave the facility before being treated and had been spotted in areas of Elkton where drugs could be purchased.
Authorities say on Friday, Henson allegedly called for an ambulance but when police accompanied paramedics, did not accept the ambulance ride. Officials say Henson called 911 a second time Friday and was arrested.
.

Man calls 911 80 times in one day
Although 911 is supposed to be for emergencies, authorities say a man kept calling the number for everything except emergencies.
In fact, they said he averaged one call every three minutes.
police arrested 57-year-old John Calvery Friday for misusing the 911 system.
. 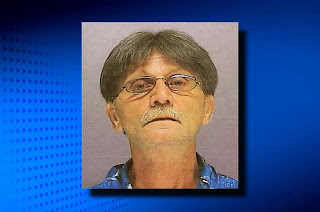 .
Officials said Calvery called dispatchers at the around 80 times last week in a five hour period. The center dispatches firefighters and police in southeast ,
R.C.C. Director Dave Bubb said Calvery calls both 911 and the center's non-emergency phone number.
"The same people answer the same calls so it takes them away from doing their emergency work, or taking legitimate calls on seven digit lines,” Bubb said.
In the affidavit, Calvery told dispatchers, "I'll be on my porch with a gun, and I don't give a rats ass if they are the cops."
"You violated my rights," Calvery told 911.
Officials said Calvery believes he is being unfairly being target by police.
“Anybody that abuses the system or tries to, again take our folks away from handling true emergencies to me is an abuse of the system," Bubb said.
.
Posted by The Man at 5/19/2011