A nude image of a couple having oral sex painted on a backyard shed is outraging some residents of a neighborhood.
. 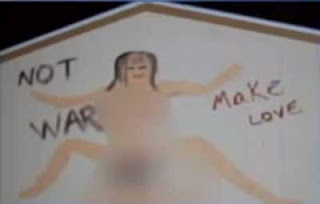 .
The painting appeared in the area, and some neighbors quickly expressed their outrage to the homeowner. Three days later the painting remained on the shed but was partially covered by a black garbage bag.
police say they are investigating, the homeowner told them she is not responsible for the painting on her shed.
Neighbors later put up a large tarp to cover the shed from children, and said they would donate paint to the homeowner so she can cover it up.
.