A 44-year-old Riverview man set up a video camera in the unisex bathroom of a Starbucks in the Westfield Brandon mall, deputies said.
. 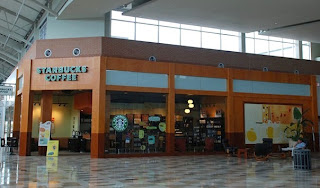 .
Deputies arrested Eric Efaw at 4:30 p.m. Wednesday at 7305 Forest Mere Drive. He was charged with one felony count of video voyeurism.
"Detectives reviewed the images from the camera device that positively identified the suspect," a Hillsborough County Sheriff's Office release states. "Detectives discovered that the suspect apparently had the camera on when he walked to his car with the camera and opened his trunk and the film showed his license plate."
.
Posted by The Man at 6/10/2011