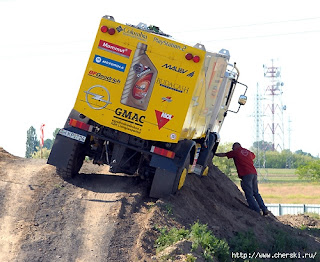 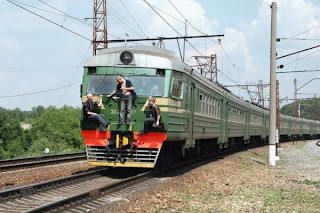 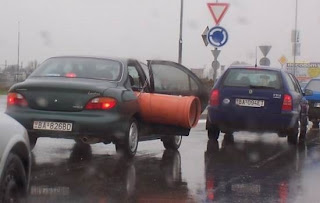 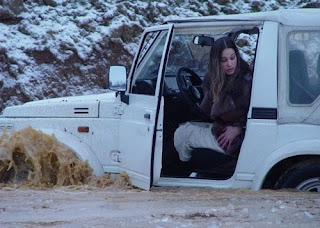 Playing with the Microwave

WARNING: Don't be a "Dumb Ass"
Match Under A Glass In A Microwave


Making Fresh Diamonds in the Microwave

Labels: Interesting, What a "Dumb Ass" 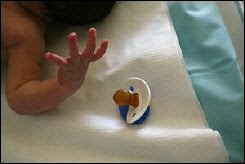 Baby Autumn Brown has a name to live up - in fact she has over 25 of them.

Labels: In The News, Just Weird, Why?

A stalker is on the loose — and may be watching and listening in your bedroom, bathroom or office meeting.
Just ask Tim Kuykendall, whose cell phone provided a portal through which a hacker gained access to the most intimate details of his life, recording family members' conversations and snapping pictures of what they were wearing.
“We’ve had [times] where I’m having a conversation in my home and I get a voice mail and the conversation’s replayed; received a phone call or even checked my voice mail from a message and while I push 'OK' to listen to [it] I’m hearing a conversation going on in the living room between my daughter and my wife,” he told FOX News.

Competing for the title.

June 23, 2007
PROCTOR, Vt. — Maybe Flushing, Mich., has the home town advantage, or at least the home town's name advantage, but a local museum's restroom is vying with it for all the marbles.
The Vermont Marble Museum is one of five finalists in the sixth annual contest to be declared as hosting America's Best Restroom.
It's fitting that a museum devoted to the local marble quarrying industry would feature what contest sponsor Cintas, a Cincinnati-based company that supplies and maintains corporate restrooms, calls restrooms "made entirely of marble."
Marble restrooms aren't all that uncommon, but Cintas says it also was impressed with the "bright flowers and lace curtains to soften the smooth lines."
Click on the above website to read full article
Posted by The Man at 6/24/2007 No comments:

Labels: In The News, Just Weird, Why? 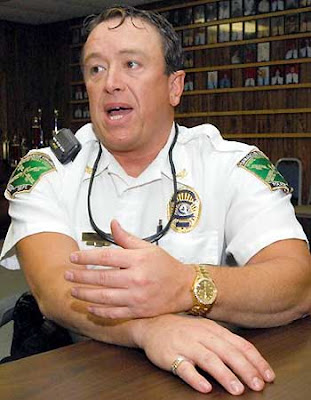 ABINGDON, Va. — The Damascus Police Chief Anthony Stephen Richardson was arrested Saturday and charged with distributing methamphetamine.
Anthony Stephen Richardson, 40, was arrested without incident at the city police department, Virginia State Police Sgt. M.T. Conroy said.
The arrest was the result of an undercover investigation in which a confidential informant bought methamphetamine from Richardson on June 12, according to court documents. The seized drugs were sent to the state forensic lab, which confirmed it was meth, according to a news release issued by the Washington County Sheriff's Office, who joined state and Abingdon police in the investigation.
Washington County Sheriff Fred Newman confirmed a federal investigation into Richardson also is ongoing.
Posted by The Man at 6/24/2007 No comments: 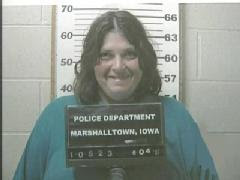 This is what the Marshalltown Court House might start doing after the word was out where to get free toilet paper. 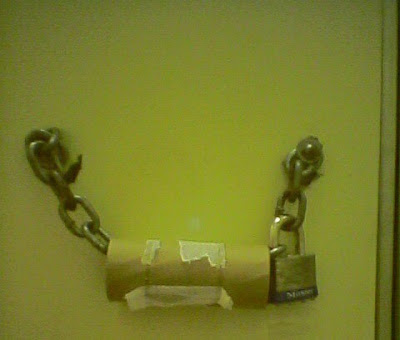 Oldie but still funnier then shit! 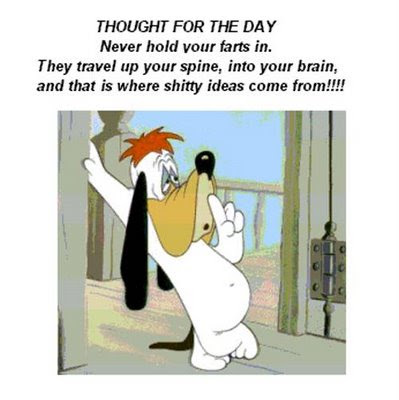 That's Not All You Are 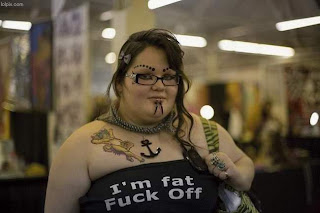 When you want to go to prison

Inmates at a prison in southern India are eating so well that many are reluctant to leave while other convicted criminals are trying to move in.
The Parappana Agrahara prison in Bangalore is crowded with 4,700 inmates, more than twice its capacity, because small-time criminals are refusing to apply for bail. Juvenile offenders are also overstating their age to qualify as adults and enter the facility.
The reason is the healthy food served by ISKCON, or the International Society for Krishna Consciousness, a Hindu evangelist organization. ISKCON, commonly known as the Hare Krishna movement, started serving its pure-vegetarian fare in the jail on May 21 under contract from the prisons department. Lunch and dinner typically include piping hot rice, two vegetables and a spicy lentil dish called sambar and buttermilk. A dessert is added once a week along with festival days and national holidays.
"When we are getting tasty, nutritious food three times a day here, why should we go out and commit crimes," said prisoner Raja Reddy, who has been arrested 20 times in 30 years for theft, robbery and burglary.
Posted by The Man at 6/24/2007 No comments:

Does My Gun look big between my Buttocks?

A motorist tried to hide his loaded gun in between his buttocks when he was pulled over by police in Tooting.
Reggie Sackey, 27, who was stopped by cops who saw him driving without a seatbelt, had an 8mm pistol jammed in his bottom and wrapped in a sock.
He was arrested on possession of marijuana and the gun was uncovered in a station search.
Sackey pleaded guilty at Kingston Crown Court to possession of a firearm and drugs. He will be sentenced next month.
Posted by The Man at 6/24/2007 No comments: 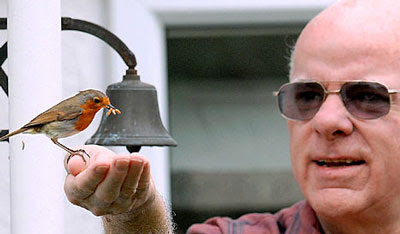 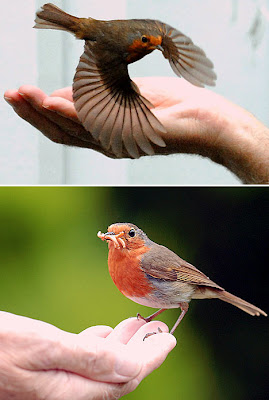 Most wild birds scavenge for scraps wherever and whenever they can. But in Terry Quinn's garden, mealtimes are a more orderly affair. Every day, he rings a bell to signify dinner is served. A robin duly appears, then swoops down on his outstretched palm and snaffles a beakful of succulent mealworms. Mr Quinn, 70, said: "It gives me a real thrill. There is something special about having normally wild and timid birds trusting enough to land on your hand to feed."