Melton Little loves the Rays, and he hates the Yankees. He owns a T-shirt that captures these sentiments perfectly, especially when worn at Tropicana Field. It is white with blue block letters, and it expresses fans' derision for the team in two simple words: YANKEES SUCK.
. 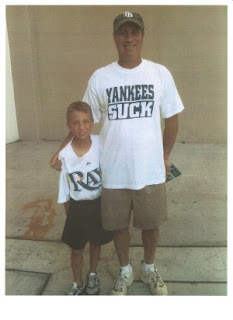 .
The usher told him the shirt violated stadium policy because it included a "profanity." He could either flip it over, put on a different shirt, or leave. Little left.
Posted by The Man at 5/27/2011 No comments:

Tell it has it is News Bloopers

How to do a backwards flip on a treadmill

Finally $100 Million to Be Split Between Descendants

More than 90 years after a lumber baron's death, his family members are finally getting their share of his money.
Wellington R. Burt died in 1919 as one of the wealthiest men in and the Since then, there has been an ongoing dispute over how his roughly $100 million estate will be divided up. This year, the courts helped make a final decision.
.

.
In the early 1900s, lumber baron Wellington Burt wrote his will. It's been at the Saginaw County Courthouse since his death. In the will Burt spelled out that it would be years before his fortune was handed out.
In fact, Burt, who is buried in 's , decided it wouldn't be until 21 years after his last surviving grandchild's death that the money would be distributed.
That woman died in 1989. Soon 12 heirs will get their share of that money. Most don't even live in anymore.
.
Posted by The Man at 5/27/2011 No comments:

A health board in has reversed itself and voted against endorsing a colon cancer awareness campaign that uses billboards saying, "What's up your butt?"
. 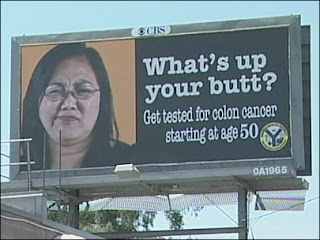 .
The vote by the Benton Franklin Health District in , was in response to complaints the ads are in poor taste.
The butt billboards were earlier displayed in to raise colorectal cancer awareness and encourage people to get screened for the disease.
.
Posted by The Man at 5/27/2011 No comments:

Labels: "A public service message”, In The News