Drugs in the news

women ages 65, 72 facing marijuana charges
Two women described by a prosecutor as "marijuana grannies" were jailed on allegations that they were growing hundreds of pot plants in their home.
. 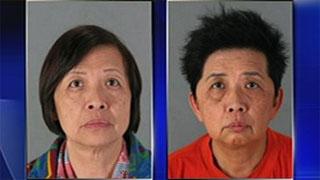 .
Aleen Lam, 72, and Virginia Chan Pon, 65, were arrested Friday after neighbors called police to report a burglary. When officers arrived, they found the door had been kicked in and nobody was home. Through the broken door, police could see marijuana growing inside the house.
Police obtained a search warrant and found 800 marijuana plants, $3,000 in cash and also an electrical bypass that allowed the women to tap into a Pacific Gas and Electric Co. power line to steal electricity.
During an arraignment Monday, Lam and Pon pleaded not guilty to cultivation of marijuana, maintaining a house for the sale of marijuana, possession of marijuana for sale and unlawful theft of electricity from a utility.
.
Pot Grower Leads Deputies to Operation
Santa Clara Sheriff's deputies making a call at a home while investigating a case in Morgan Hill this week were led to a multi-million dollar marijuana growing operation by sheer luck.
Sheriff's department special operations unit was in the neighborhood looking for suspects in a totally different case. As deputies were knocking on the door of a residence, suddenly an Asian man in his 50s emerged from a neighboring home and began running from what turned out to be an illicit grow house.
. 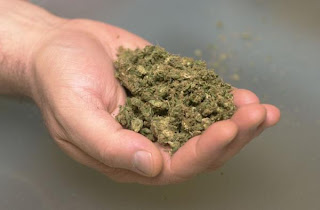 .
Sgt. Sung said inspection of the house turned up 2,800 marijuana plants. Some were already harvested and drying in a walk-in refrigerator. There was also 80 pounds of processed pot ready for market.
The marijuana nursery contained product with an estimated street value of more than $8 million. The marijuana was confiscated and burned.
A neighbor said that most of the greenhouses in the area are growing flowers. He had no idea that marijuana was also being grown.
Deputies said they were pleasantly surprised by the discovery, but also noted they have seen an increase in marijuana grow houses.
.
girl, 5, takes wheel in DUI case
Youngster guides car off roadway after her father passes out on pills, police say.
After her father passed out in the driver's seat, a 5-year-old girl grabbed the wheel and tried to get off the road before careening across a highway.
The 2010 Camaro ran over a curb into a parking lot at Fort Caroline Road and University Boulevard North, but not before another driver dodged it as it cut across her traffic lane. No one was seriously injured.
The girl's nose and lower lip were bleeding when police arrived.
After the slowly moving car jumped the curb, it plowed over landscape plants and crashed over a parking sign before coming to a halt.
When police arrived following the accident, Mark Endicot Jackson Jr., 40, was unresponsive and staring at the ceiling, according to a Sheriff's Office report. He later told police he had taken Xanax and oxycodone earlier in the day, according to the report.
A family member came to take custody of the girl.
In addition to driving under the influence while accompanied by a minor, was charged with driving under the influence and causing damage, careless driving, and driving without him or his daughter wearing a seat belt.
.
Teacher charged with drug possession
-- A Polk County high school teacher was Tasered by police and arrested for drug possession.
Bartow police say they pulled over 33-year-old Bradley Gummow for a traffic stop at the intersection of Polk Street and Baker Avenue.
While talking with Gummow, cops say they observed a plastic bag in his mouth and called in a K-9 unit.
Police say when they asked Gummow what was in his mouth; the suspect turned and refused to cooperate with officers.
Gummow began resisting police until he was shot with a Taser stun gun. He then spit out what turned out to be five individual bags containing marijuana, weighing a total of 4.7 grams.
. 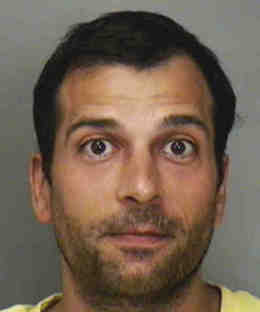 .
Gummow is an 11th and 12th grade teacher at , assigned to teach International Baccalaureate and Advanced Placement students.
Before Monday's arrest, Gummow was on probation for reckless driving involving alcohol. He is now charged with possession of marijuana, violation of probation, and resisting an officer without force or violence.
.
Girl, 5, ate noodles with traces of angel dust
A 5-year-old girl was hospitalized after she ingested the hallucinogenic drug
PCP, police said.
The child ate noodles prepared by a relative in the same pot that her mother, 26-year-old Hope Brodie, used the day before to cook the illegal drug, police said.
Brodie has been charged with risk of injury to a minor. The child was taken to Yale-New
's pediatric emergency room suffering from what police said was "internal irregularities."
After she ate the noodles, she became hyperactive and distracted and began pointing to her face, saying she had four noses.
Brodie told emergency room staff that her child had ingested the remnants of a batch of "wet," the street name for marijuana laced with PCP.
.
Posted by The Man at 5/05/2011 3 comments: