Convict prefers jail to parents
A jailbird released early with an electronic tag has begged to go back to jail - because he can't stand living with his parents.
Convicted thief Guido Beneventi, 30, had his sentence reduced on condition that he stayed at his mum and dad's home in Palermo, southern Italy.
But he said that his parents constantly lectured him about his life of crime and then began ordering him around "like a child" and telling him to clean his room.
After a string of rows, he broke his curfew to flee to police headquarters and demanded to be arrested.
"You are my saviors," he told them as they sent him back to Ucciardone jail. "I just couldn't take another day with them.
"They spent all their time telling me how useless he was and lecturing me about everything and ordering me to do housework. It was like being a child again. Prison was better."
.
Busch Gardens to end 50-year flow of free beer
No more free beer at Anheuser-Busch parks
Ending a 50-year tradition, the new Belgian owners of Anheuser-Busch Cos. will stop handing out free beer samples. At Busch Gardens, the hospitality center, above, will close Jan. 25. The one at SeaWorld will close Jan. 30.
But don't count on doing it for free at Tampa's Busch Gardens Africa or Orlando's SeaWorld.
Ending a 50-year tradition, the new Belgian owners of Anheuser-Busch Cos. will stop handing out samples of free beer at company theme parks.
The move, done to enhance the parks' appeal for patrons of all ages, ends a tradition that dates back to 1959.
.
I knew it they messing with American History
Don't know about you, but I hate to see that tradition end.
It's such bad news I'm gonna call it a day and maybe go out for a beer.
.
Woman dialed 999 with crossword clue
Police sent a caller off with more than just a cross word when she dialed 999 to ask for the answer to five down.
The angry officer, in Grevenbroich, Germany, spelled out that clueless caller Petra Hirsch would be facing a charge of wasting police time if she didn't clear the line.
Hirsch said: "I had finished the crossword except for this one answer and I was totally stumped. I had looked all over the internet and asked friends. It was really bothering me.
"The clue was for the full name of a police border protection unit so I thought they would not mind helping and I called the hotline - but they were really rude.
"All I wanted was a bit of help and it would only have taken them a second to tell me the answer but instead I got told to get off the line."
A police spokesman said: "It is called an emergency number for a reason - to deal with emergencies. Crossword solutions are not an emergency."
.
Alabama Sheriff Locked in Own Jail
A federal judge ordered an Alabama sheriff locked up in his own jail Wednesday after holding him in contempt for failing to adequately feed inmates while profiting from the skimpy meals.
U.S. District Judge U.W. Clemon had court security arrest Morgan County Sheriff Greg Bartlett after dramatic testimony from skinny prisoners about paper-thin bologna and cold grits. The hearing offered a rare look into Alabama's unusual practice of letting sheriffs pocket money left over from feeding inmates.
The sheriff, who showed no emotion when his arrest was ordered, had testified that he legally kept as personal income about $212,000 over three years with surplus meal money but denied that inmates were improperly fed.
Clemon, however, said the sheriff would be jailed until he comes up with a plan to provide the 300 jail inmates with nutrionally adequate meals, as required by a 2001 court order.
Defense attorney Donald Rhead said Wednesday night that he faxed Clemon a proposal and hopes Bartlett will be quickly released. The sheriff had no comment as he was led from the courtroom.
At the hearing, 10 prisoners told Clemon meals are so small that they're forced to buy snacks from a for-profit store the jailers operate. Most of the inmates appeared thin, with baggy jail coveralls hanging off their frames.
Some testified they spent hundreds of dollars a month at the store, which Bartlett said generates profits used for training and equipment.
Inmates told of getting half an egg, a spoonful of oatmeal and one piece of toast most days at their 3 a.m. daily breakfast. Lunch is usually a handful of chips and two sandwiches with barely enough peanut butter to taste.
"It looks like it was sprayed on with an aerosol can," testified Demetrius Hines, adding he's lost at least 35 pounds in five months since his arrest on drug charges.
.
Posted by The Man at 1/08/2009 No comments:

A French game show it got HOT chicks with nice boobs and asses!
.
Big Ben said...
I have to give the French credit for this...
I demand the American media takes note of this revolutionary show!
.
supergrover said...
I spent a week in Paris last summer and all I saw was Dora the Explorer in German.
Man, was I watching the wrong channel!
.
Don't you just hate it when you miss out seeing fine looking women?
.
Posted by The Man at 1/08/2009 No comments:

N.Y. Doctor Demands Wife Give Back His Kidney

New York Man Demands $1.5M From Estranged Wife for Kidney
A New York doctor who gave his wife a kidney is suing her for $1.5 million — or the return of the vital organ — after he says she cheated on him with a physical therapist.
"I saved her life and then to be betrayed like this is unfathomable. It's incomprehensible," he told the Post. "She engaged in an extramarital affair and refused to go to marital counseling and reconciliation."
Two years after the affair began she filed for divorce, and Batista accuses her of trying to limit his access to their three children, ages 8, 11 and 14.
"She slapped me with divorce papers in the operating room while I was trying to save another patient's life."
.
.
Posted by The Man at 1/08/2009 No comments: 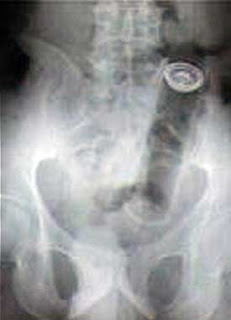 House guest accused of taking bling out of man's bite

A 29-year-old man told police the guest stole his gold grill, a decorative accessory worn over the teeth and favored by rappers, as well as a prescription painkiller.
The prescription medication is listed as the painkiller oxycodone, while the grill is described as 14 carat yellow gold and valued at $350, according to a police report 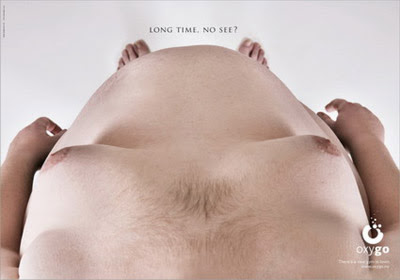 A German condom store has their own crotch-handled bags. 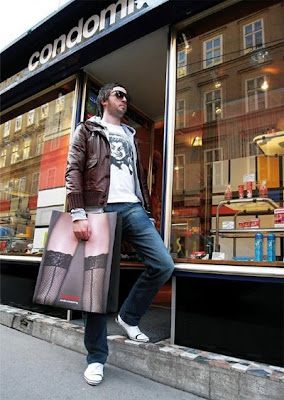