Criminal Search on Anyone Today 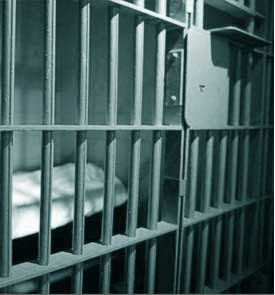 Free criminal search. Just enter a name, and see what they've done: Criminal Searches.
The data on this site provides only public record information and is intended for your personal use only.
.
Criminal Search
.
George W. Bush was found with a cocaine-related offense in 1984. But he was born in 1939, so it's not the president. I'm sure he's been able to get all of his arrest data removed from he records.
Posted by The Man at 8/09/2008 No comments:

As a distance jumper for over seven years, Capes has prepared his entire life for his latest stunt and he insists this new distance (390' 4") is just the beginning. After realizing that he had a passion and talent for long-distance jumping, Capes decided to dedicate his life to breaking distance records and leading the charge as the self-proclaimed "new-school pioneer" of distance jumping. Go deep!
. 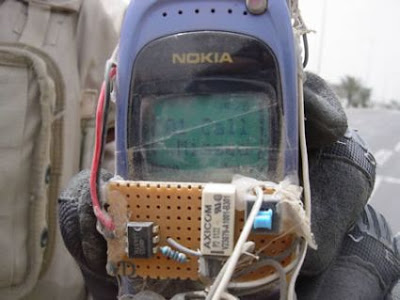 After three dead and one severely wounded bomb-squad techs, a team in Iraq happened upon this detonator—the one time we're glad a Nokia phone didn't work right; yes, it says "01 Call Missed". Whoever made that call is going to be a little surprised when he gets a call back. 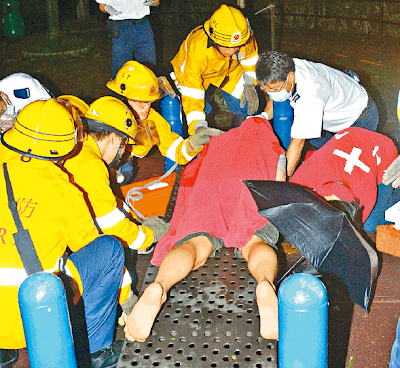 Xing, a 41 year-old man, was calling from LanTian park in the middle of the night. The lonely and disturbed man had apparently thought it would be fun to have sex with one of the steel sit-up benches around the park.
The bench has numerous small holes in it, which Xing used to attempt to satisfy himself. However, once he became aroused he found that he was stuck and could not get his penis out of the small hole.
He panicked and called the police to help him.
When police arrive they found Xian stuck face down where he had been stuck for some time.
When doctors arrived on the scene they tried to release some of the pressure by removing some of his blood, but the penis was so swollen that they ended up having to cut the entire bench free and take it, with Xian attached, to the hospital. Four painful hours later, Doctors finally separated Xian from his bench.
Doctors stated that if he had been stuck for even an hour longer, they would have had to remove his penis. This is probably one bad date that Xing will never forget.
NEWS VIDEO
Posted by The Man at 8/09/2008 No comments:

Now who has the biggest trouser snake?

Snake Slithers Into Reporters Pants On Live TV
During a live broadcast from the Iowa State Fair, A snake gets grabby with a KCCI meteorologist.
A giant Burmese python slithered into a weatherman's shorts on live television.KCCI meteorologist, Kurtis Gertz, was reporting from the Iowa State Fair in Des Moines yesterday when a trainer placed the snake on his shoulders.
.

Want Cocaine Buy a Police Car
Kevin Blais bought the 2004 Ford Crown Victoria in an online auction from the Hartford, Conn., public works department.
He was cleaning it last week when he noticed a cracked area on the one-piece molded seat assembly. When he removed the seat assembly to clean the floor, he found a plastic bag containing a substance that local police later confirmed was cocaine.
Blais speculates that a suspect stuffed the drugs through the crack to prevent police from finding them. Burrillville Lt. Kevin San Antonio says Hartford police were "apologetic" when he told them of the discovery.
Hartford police spokeswoman Nancy Mulroy said Friday that based on their past experience with drug suspects, Blais' speculation is almost certainly correct. "It's not unusual that perpetrators or suspects try to hide stuff in the cruisers before they go to booking, where they know they'll be searched."
.
Hackers Gather in Vegas to Share Tips on Attacking Networked World
Want to break into the computer network in an ultra-secure building? Ship a hacked iPhone there to a nonexistent employee and hope the device sits in the mailroom, scanning for nearby wireless connections.
How about stealing someone's computer passwords? Forget trying to fool the person into downloading a malicious program that logs keystrokes. A tiny microphone hidden near the keyboard could do the same thing, since each keystroke emits slightly different sounds that can be used to reconstruct the words the target is typing.
.
British Man Decapitates Himself
In a grim attempt at revenge against his estranged wife, a British man committed suicide by decapitation in his Aston Martin sports car. Gerald Mellin, 54, had been consumed with dark thoughts surrounding his 34-year-old wife's decision to leave him.
The day before his death, a court had granted Mirielle Mellin additional alimony.
Following the decision, in the last contact with his wife, Mellin sent a text message reading, "Congratulations, XXX."
The man then reportedly tied one end of a rope to a tree and wrapped the other end of it around his neck as he sat in the driver's seat. He then drove the car at a high speed onto a busy road, forcing other drivers to witness his violent suicide.
.
The Almighty Supremebeing Allah - Arrested
Members of the East Central Narcotics Task Force arrested a West Hartford man was arrested after a short chase in South Windsor Thursday evening.According to police, Almighty Supremebeing Allah, 35, of 119 Elmhurst St. West Hartford refused to stop for a marked cruiser and was detained about a mile down the road after the initial stop.He was charged with Reckless Driving, Disobeying an Officers Signal, Interfering with an Officer, Criminal Attempt/Sale of Cocaine Criminal Attempt/Possession of Cocaine.
PICTURE and More
.
Over 3,000 Minnesotans Arrested for DWI in July
3,094 drunk driving arrests were made across Minnesota in July, according to the state Dept. of Public Safety. 278 of the roughly 400 participating law enforcement agencies, and 10 out of 11 State Patrol districts reported DWI arrests during the month.
Average drunk driver was double the limit The average alcohol-concentration of the DWI offenders was 0.15 -- nearly twice the legal limit of 0.08.
.
Copper Theft: "Inside Job
Six men, including three former workers at the General Electric facility on Scenic Highway in Pensacola, have been accused of stealing hundreds of thousands of dollars worth of copper wire. "This is the largest copper theft ring we've ever seen," says Escambia County Sheriff Ron McNesby. "The men stole 63,000 pounds of copper, valued at $367,000 dollars." The six men have been arrested and charged with grand theft. Warrants are out for three other men (Cordero Smith, Eugene Roberson, Howard English) believed to be involved in the major theft ring.
NEWS VIDEO
.
Boy Stabbed In The Head, Forgives Attacker
Tracy Squaire is one lucky kid. The 12-year old Pensacola boy was stabbed in the head and lived to talk about it."I'm still alive," says Squaire. "I didn't get any brain damage."Squaire says his 14-year old neighbor stabbed him just above the ear during an argument. The young boy has five staples in his head to hold the wound together."It was scary," says Squaire. "Just knowing you got stabbed and there was blood everywhere. She just jumped in my face and I pushed her away and then she ran off, grabbed a knife and stabbed me."
NEWS VIDEO
.
Posted by The Man at 8/09/2008 No comments: