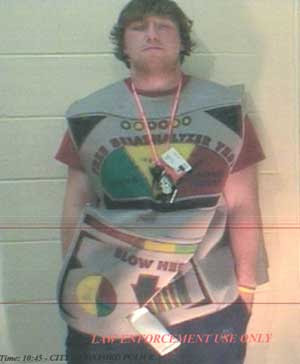 A man wearing a breathalyzer costume was arrested Sunday on suspicion of driving drunk.
According to a police report, 18-year-old James N. P. Miller, of Cincinnati, was seen driving the wrong way out of the entrance to a one-way street at East Park Place in Oxford.
Officers executed a traffic stop and found that Miller was wearing a breathalyzer costume. After investigation, police said, Miller was found to be operating a vehicle while intoxicated.
Inside his car, officers allegedly found an open container of Bud Light in the center console.
Officers also found what was left of a case of Bud Light in the passenger side front seat and in the trunk.
After checking his wallet, police said, they found multiple Ohio IDs.
He was arrested and transported to the police station, where he consented to take a blood-alcohol-content test. His results were a .158 percent BAC.
He was cited for OVI, open container and a one-way street violation, among other charges and released to his girlfriend.
.
Posted by The Man at 11/03/2009 5 comments: 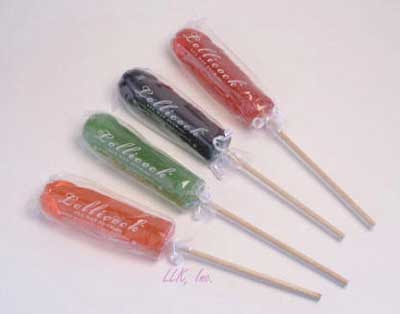 Facebook and MySpace are challenging schools struggling to respond to new technology. Some are responding badly.
Churubusco High School is a prime example. Administrators there interfered in what was not a school matter and now find themselves as defendants in a lawsuit filed by the American Civil Liberties Union.
The suit, filed in U.S. District Court, alleges the Smith-Green Community School Corp. and Principal Austin Couch violated the First Amendment rights of two female students.
The girls, identified only by initials, were part of a sleepover last summer attended by other students from Churubusco High School, according to the suit. At the event, they took pictures of themselves “pretending to kiss or lick a large multi-colored novelty phallus-shaped lollipop.” In other photos they were dressed in lingerie with dollar bills tucked into their clothing. They posted the photos on their MySpace pages, which can be accessed only by the friends they select.
Someone with access to the photos, however, downloaded them and gave them to the principal and other school employees.
Couch suspended the two girls from all athletic and extracurricular activities for the year, according to court documents.
When their parents appealed the decision, he gave the students the option to reduce their punishment by 25 percent if they would submit to three counseling sessions and apologize individually to the coaches for which all of whom are men.
The girls submitted to the counseling sessions, and the reports were turned over to the principal.
“The forced counseling was humiliating to the plaintiffs, and being forced to appear before the coaches to apologize for their intended humorous photographs … was profoundly embarrassing,” the lawsuit states.
.
Posted by The Man at 11/03/2009 No comments: 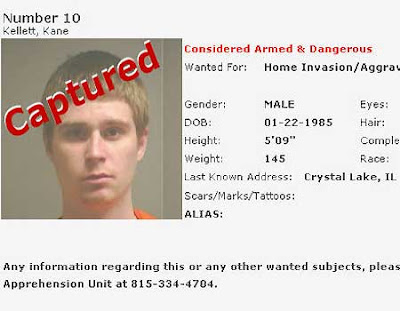 County judge asked Kane E. Kellett to raise his right hand and be sworn in court Saturday morning; the Crystal Lake man raised just a finger.
The middle one.
The gesture might have felt good at the time, but the 24-year-old may be rethinking his actions Monday as he sits in the county jail, serving a six-month sentence for contempt of court.
The incident, which also included some profane language directed toward Judge G. Martin Zopp, occurred less than 12 hours after police captured Kellett in Crystal Lake on warrants for home invasion, aggravated battery and other charges.
Posted by The Man at 11/03/2009 2 comments: