That turkey leg is a goner

Thats must be why they were called "PIGS" 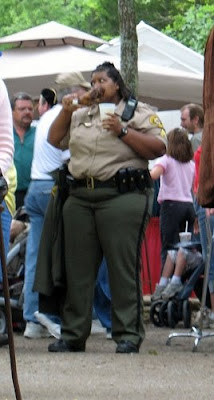 Comments made during the Beijing Summer Olympics:
.
1. Weightlifting commentator: 'This is Gregorieva from Bulgaria. I saw her snatch this morning during her warm up and it was amazing.'
2. Dressage commentator: 'This is really a lovely horse and I speak from personal experience since I once mounted her mother.'
3. Paul Hamm, Gymnast: 'I owe a lot to my parents, especially my mother and father.'
4. Boxing Analyst: 'Sure there have been injuries, and even some deaths in boxing, but none of them really that serious.'
5. Softball announcer: 'If history repeats itself, I should think we can expect the same thing again.'
6. Basketball analyst: 'He dribbles a lot and the opposition doesn't like it. In fact you can see it all over their faces.'
7. At the rowing medal ceremony: 'Ah, isn't that nice, the wife of the IOC president is hugging the cox of the British crew.'
8. Soccer commentator: 'Julian Dicks is everywhere. It's like they've got eleven Dicks on the field.'
9. Tennis commentator: 'One of the reasons Andy is playing so well is that, before the final round, his wife takes out his balls and kisses them... Oh my God, what have I just said?'
Posted by The Man at 9/09/2008 No comments:

She's going to give herself a "Black-Eye" 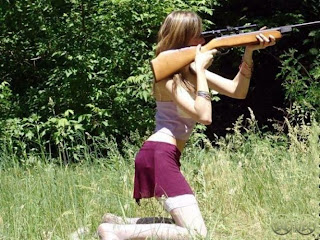 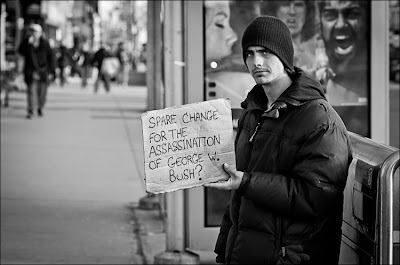 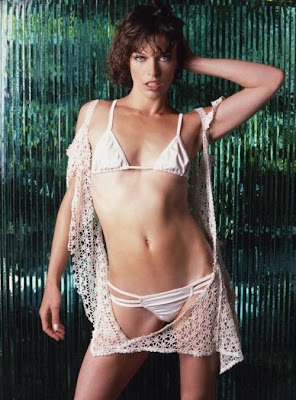 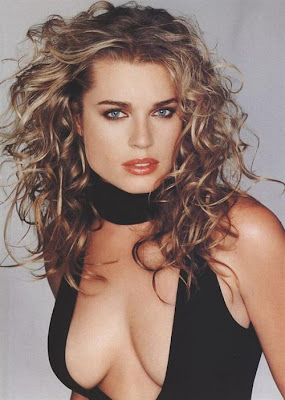 There are 28 more beauties to go

Phantom Pooper Has Businesses and Homeowners Disgusted
In Eastern Idaho where it's not hard to get a breath of fresh air.
But one local neighborhood can barely breath because of a disgusting stench in the air.
A phantom pooper is taking a squat in the back of one Idaho Falls neighborhood.
"If the wind blows in that area, you can smell it in our houses."
.
Posted by The Man at 9/09/2008 No comments:

Mythbusters Adam Savage demonstrates how (and explains why) helium turns you into Donald Duck, and sulfur hexafluoride into Satan.
Posted by The Man at 9/09/2008 No comments:

Woman fails driving test for puddle splash
A driving examiner failed a woman on her test after she splashed a pedestrian by driving through a puddle. Michelle Kelly, 31, from Blackley, Manchester, was told she should have stopped to exchange details with the man, who was waiting at a bus stop. The mother-of-two protested that if she had swerved to avoid the puddle she might have caused an accident.
But it pointed out that motorists should have consideration for others, including pedestrians, who can possibly be drenched by passing vehicles.
Its advice is that, where possible, a driver should avoid drenching pedestrians and a failure to do this would be sufficient grounds for failing a driving test.
The Road Traffic Act contains an offence of "careless, and inconsiderate, driving" and Crown Prosecution Service policy states that bad or inconsiderate driving includes driving through a puddle causing pedestrians to be splashed.
Courts may impose fines of up to £2,500 for such an offence.
Ms Kelly now faces taking her test again - for the fourth time.
NEWS Video and More
.
He’s so lucky to be alive
An teenager caught on camera leaping over a 3ft safety barrier and smashing face first into a bus last night said he still takes the shortcut.
Rhease Denver, 14, said: "Everyone does it. It’s the quick way to the shop at lunch. I just make sure I look both ways now."
Rhease was darting to a burger bar when he clipped the barrier outside Dumfries Academy
He hit the side of the bus face first, then almost slid under the wheels of the seven-tonne vehicle. Rhease suffered a broken nose and right collarbone.
His mother Angela Noone, 35, said: "At the hospital doctors told me Rhease had paint from the bus in his mouth.
"Later the police showed us the dent in the bus.
"And they showed us the video in slow motion.
"You can see Rhease’s head in front of the bus wheel, then he spins out of the way and ends up right behind the wheel.
VIDEO - PICTURE and More
.
Pssst. The secret's out at KFC. Well, sort of.
Colonel Harland Sanders' handwritten recipe of 11 herbs and spices was to be removed Tuesday from safekeeping at KFC's corporate offices for the first time in decades. The temporary relocation is allowing KFC to revamp security around a yellowing sheet of paper that contains one of the country's most famous corporate secrets.
So important is the 68-year-old concoction that coats the chain's Original Recipe chicken that only two company executives at any time have access to it. The company refuses to release their name or title, and it uses multiple suppliers who produce and blend the ingredients but know only a part of the entire contents.
For more than 20 years, the recipe has been tucked away in a filing cabinet equipped with two combination locks in company headquarters. To reach the cabinet, the keepers of the recipe would first open up a vault and unlock three locks on a door that stood in front of the cabinet.
.
Thief penny penance
A woman convicted of stealing a donation jar from a church in Ohio lowered her jail sentence by apologizing in pennies.
Painsville Judge Michael Cicconetti gave Anna Marie Cothrum the option of reducing her 90-day jail sentence to 10 days if she created a sign in pennies spelling out "I stole coins from this church" and stood outside the Central Congregational Church in Madison with it.
Posted by The Man at 9/09/2008 No comments: