Thanks but I know how to do this part 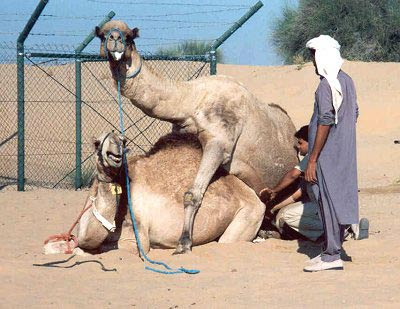 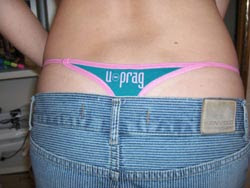 The Yakima City Council is cracking down on what an ordinance delicately refers to as "cleavage of the buttocks."
Responding to a proliferation of coffee stands with baristas wearing see-through clothing, thongs and other scanty apparel, the council this week approved minor changes to the city's indecent exposure law.
Mayor Dave Edler had wanted the changes under the city's adult business ordinance. But city legal staff warned that trying to place coffee stands under that law could lead to legal challenges.
The change approved by the council means that anyone in public wearing see-through apparel, a thong or a G-string — regardless of whether they are working at a coffee stand — could be prosecuted for a misdemeanor violation.
.
Posted by The Man at 6/06/2009 No comments: 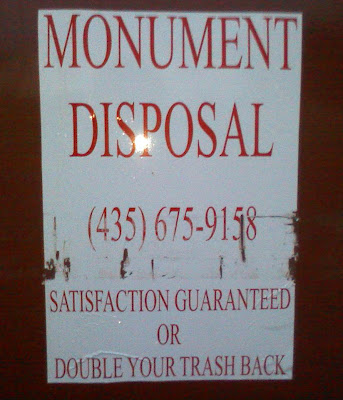 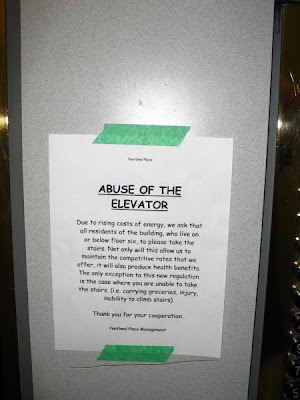 We are the Champions

How To Tell Real From Fake Breasts

.
The first problem with this burger was that men were turned off it (much like Diet Coke which lead to Coke Zero). The next problem was its taste. In the advert above you see that McDonald’s was marketing it as "low fat but tastes great" – but it didn’t. The fat that was removed was replaced with water – but to make the water stay in the meat, it was mixed with carrageenan – seaweed to you and me. The burger tasted awful, had a limited market, and failed dismally which is really no surprise.
.
10 of the worst McDonald’s products
.
Posted by The Man at 6/06/2009 No comments:

Slaughtered pig traded for drugs
Detectives from the Syracuse Police Drug Unit spotted a unique drug transaction while conducting surveillance in the City of Syracuse Thursday night. Police were keeping watch along the 200 block of Merriman Avenue when, at approximately 7:40pm, a fifty dollar bag of cocaine was sold for $10 and half a slaughtered pig. Investigators say after the transaction was made, police moved in and arrested both the buyer and the seller. Police who were at the scene say a crowd gathered while the men were being handcuffed; when the detectives turned from the suspects, the slaughtered pig was gone.
The seller, Omar Veliz, 42, of Merriman Avenue was charged with criminal sale of controlled substance and criminal possession of controlled substance. He told police the pig was for a celebration he was planning for a relative who was being released from prison.The cocaine buyer, Angelo Colon, 45, of Honeyhill Road in Fulton, was charged with criminal possession of controlled substance. He told police this was not the first time he’d driven to Syracuse with a slaughtered pig in the back of his van to trade for drugs.
.
NY Car Ticketed Repeatedly With Dead Body Inside
NYC Woman Believes Her Father Lay Dead Inside His Car For Weeks While Police Wrote Tickets Over And Over
Police made a gruesome discovery earlier this week while getting ready to tow a heavily-ticketed van – a decomposed body in the back seat.
It was that of a missing man, and now his family wants to know to how officers could ticket the vehicle numerous times -- and never notice what was inside.
The daughter of 58-year-old George Morales wants everyone to remember her handyman father in a different way, not as a decomposed body found in a van under the Brooklyn-Queens Expressway on Wednesday. He'd been dead a month, in a van with four parking tickets.
.
Police 'arrest innocent youths for their DNA', officer claims
Hundreds of teenagers are having their DNA taken by police in case they commit crimes later in life, an officer has disclosed
Officers are targeting children as young as 10 with the aim of placing their DNA profiles on the national database to improve their chances of solving crimes, it is claimed.
The alleged practice is also described as part of a "long-term crime prevention strategy" to dissuade youths from committing offences in the future.
The claim comes amid widespread criticism of government proposals to store DNA profiles of innocent people, including some children, on the database for up to 12 years.
Civil liberty campaigners have condemned the tactic of as "diabolical" and said it showed contempt for children's freedom.
.
Man charged in lawn mower beer run
A Vassalboro, Maine man has been charged with operating under the influence after he and a friend made a beer run on a riding lawn mower.
Police say 51-year-old Danforth Ross of Vassalboro was charged May 29.
Trooper Joe Chretien had been flagged down by several motorists warning of a wayward mower and made the arrest after Ross and his friend emerged from a variety store with two cases of beer.
Ross' driver's licence had been revoked, so the pair opted for the lawn mower.
.
Posted by The Man at 6/06/2009 No comments: