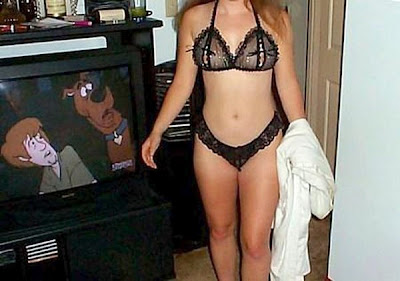 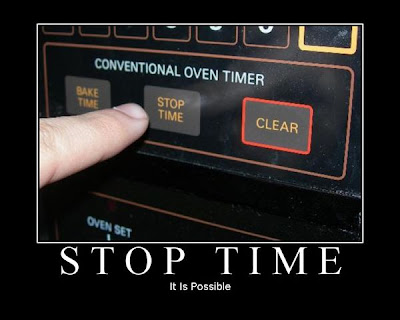 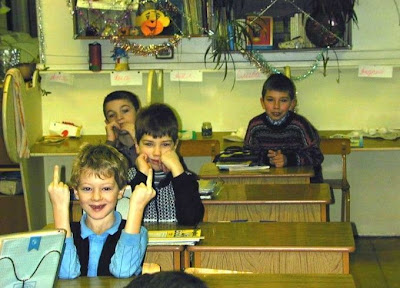 Your Brain - Don't Lose It 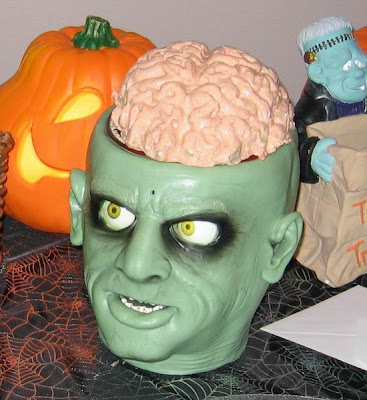 Mexican Gas
Americans are flocking to Tijuana, Mexico, to fill up their cars because gas is 50 percent cheaper there.
Even better, the gas is free if you take two Mexicans home in your trunk.
.
Man's Best Friend
Q: How can you prove that a dog is truly a man's best friend?
A: Put your dog and your wife in the trunk of the car for an hour. When you open the trunk, who is really happy to see you?
..
Price Increase
Dow Chemical is raising its prices on household items because of rising energy costs.
Big Oil immediately condemned the move, saying Dow is stealing their idea.
.
Blondes
A blind man wanders into an all girls biker bar by mistake. He finds his way to a bar stool and orders some coffee. After sitting there for a while, he yells to the waiter, "Hey, you wanna hear a blonde joke?"
The bar immediately falls absolutely silent. In a very deep, husky voice, the woman next to him says, "Before you tell that joke, sir, I think it's only fair, since you are blind, that you should know five things:
1. The bartender is a blonde girl with a baseball bat.
2. The bouncer is a blonde girl.
3. I'm a six-foot tall, 175-pound blonde with a black belt in karate.
4. The woman sitting next to me is blonde and a professional weightlifter.
5. The lady to your right is blonde and a professional wrestler. Now, think about it seriously, mister. Do you still wanna tell that joke?"
The blind man thinks for a second, shakes his head, and mutters, "No, not if I'm gonna to have to explain it five times."
.
Charges Dismissed
Yesterday in California, a judge ruled that Britney Spears will not be charged with driving over the foot of a member of the paparazzi last year.
Britney got off on a technicality; her toddler was driving at the time.
Posted by The Man at 7/01/2008 No comments:

Teen charged with shoving senior off dock
A 14-year-old boy was arrested yesterday after he pushed a senior citizen off a dock because he "thought it would be funny," police said.
The North Falmouth teen – whose name was not released because he is a juvenile – was at Megansett Beach when the 2:20 p.m. incident occurred. Police said the boy ran up behind the 71-year-old victim, who was fishing off the dock with his grandson, and pushed him off the dock and into the ocean.
The man suffered lacerations to both knees and lost his prescription glasses, police said.
Although the boy fled into the woods by the Talk of the Town Diner, several people at the beach knew his identity and immediately called police.
Once arrested, the boy was allowed to make one phone call. Police said he chose to call a friend to "brag and laugh" about what he had done.
.
Power tools at store used to rob Home Depot
Whoever broke into the safe at a Miramar Home Depot was able to pack light. Police say the thief or thieves used power tools on display in the store to open the vault room door and cut the hinges off the safe. Employees found the alarm disabled and the vault door open when they arrived for work Sunday morning.
.
Daughter bites her mom over cell phone
A Niceville woman told deputies her 16-year-old daughter bit her when she tried to take the girl's cell phone away. Deputies found the woman with two sets of teeth marks on the top of her hand, both with dried blood. The mother says she tried to take the girl's phone as punishment for breaking curfew. Deputies say the girl bit her mother to force her to release the phone. The teen has been charged with misdemeanor domestic battery and violation of probation.
.
Two caught skinny dipping in Mt. Tabor reservoir are now in hot water
Portland Water Bureau security personnel discovered the pair in Mt. Tabor Reservoir 6 early Saturday morning.
They notified police, who ordered Ryan Langsdorf, 28, and 23-year-old Ashley Moyer out. Officers cited Langsdorf and Moyer for trespassing
The reservoir is divided into two sections. The section in which the swimmers were caught was currently off-line. Had it been in use at the time, the Water Bureau would have been forced to shut off the reservoir and consider dumping millions of gallons of water
.
French military show injures 17
A military show in southern France has left 17 people wounded, after real bullets were used instead of blanks. The injured included five children. Four people, including one child, were said to have been seriously hurt - though three have now stabilized. The incident occurred during a public demonstration of hostage-freeing techniques at a barracks in Aude.
The soldier who fired the shots has been detained - though an official said it was probably an accident.
It is not clear why the wrong ammunition was used in Sunday's demonstration.
But it was "99.9%" likely to be "an unintentional fault," Colonel Benoit Royal, head of the French army's information service said.
.
Rider climbs from Ferris Wheel
A Ferris wheel rider in Hersheypark Saturday evening didn't like the conversation he was having with his female companion, so he got off the ride -- while it was moving.
The man, who was not identified, climbed out of the ride's car and climbed to its roof, where he sat crossed-legged for about 25 minutes as Derry Township. police and his family tried to talk him down, Hersheypark spokesman Garrett Gallia said.
When the man stepped out of his car, the ride operator used the emergency shut-off button to stop the ride, Gallia said.
For about 25 minutes, everyone on the ride had to wait until the man agreed to get down, Gallia said. He was about 30 feet from the ground. No injuries were reported. The man was taken into custody by police, who would not say if he will be charged.
.
Man Arrested After Assault With Polish Sausage
46-Year-Old Gregory Allan Praeger Charged With Battery after he threw a 3-pound pack of Polish sausage at his mother, striking her in the head, police said.
Praeger's mother told police that her son was drinking and they got into an argument. She said Praeger picked up the pack of sausage and threw it at her, grazing the back of her head, the police report said.
When police asked Praeger what happened, he asked officers if they wanted him to lie, the report said. He then admitted that he threw the sausage at his mother
PICTURE
.
Billionaire pleads to prostitution charge
New York billionaire Jeffrey Epstein has pleaded guilty to soliciting prostitution from underage girls in South Florida.
Circuit Judge Deborah Dale Pucillo sentenced the 55-year-old money manager Monday to 18 months in the Palm Beach County jail, followed by a year of house arrest. He will also be designated a sex offender.
Epstein was arrested two years ago. Authorities said he paid several girls under the age of 18 $200 to $300 each in return for naked massages at his Palm Beach home that sometimes became sexual.
.
He's a billionaire and was only paying them a couple hundred bucks?
Solicitaion, promoting prostitution, sexual misconduct with minors. 18 months????
Where is the Justice.
.
12 million bees buzzing on Canadian highway
Some 12 million honey bees were released along Canada's largest highway on Monday after a truck transporting them overturned, police said.
Royal Canadian Mounted Police said the truck carrying 330 crates of bees was traveling on a ramp when the load shifted and the truck overturned.
A downpour of rain helped to contain the bees in and around the truck, police said.
Posted by The Man at 7/01/2008 No comments: