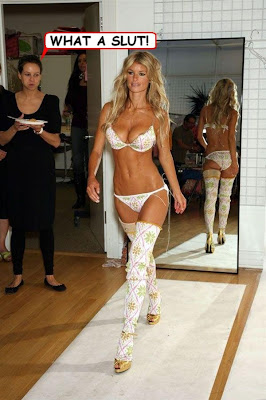 Smooth...Quiet...Fast...Ultralight...
The Perfect Ride!
Once you try it, you'll never want to walk again...
http://www.metro-board.com/ 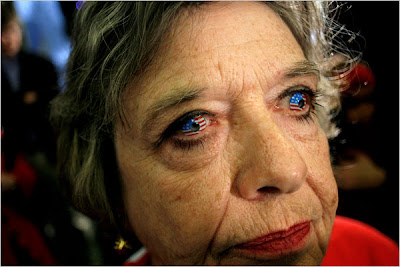 Old woman wore a pair of American flag contact lenses during a speech PHOTO
Posted by The Man at 1/05/2008 No comments: 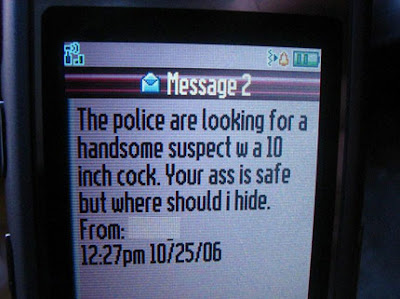 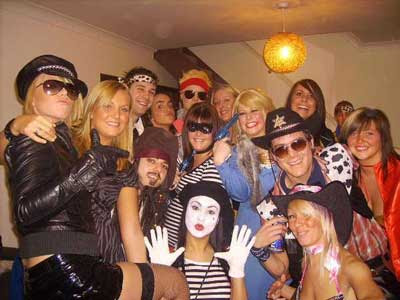 Women drink more than men at fancy dress parties, scientists say. Previous research into alcohol consumption in social gatherings has almost universally found men drink more than women. However researchers who attended 66 American student parties found this to be true, except when they involved guests wearing fancy dress - especially with a sexual theme.
Lead author Dr John Clapp, director of the Center for Alcohol and Drug Studies at San Diego State University, said that as his team was unable to explain the surprise finding it would be necessary to carry out further field work. Dr Clapp said: "One of the more interesting findings was that young women drank more heavily than males at themed events.
"It is rare to find any situation where women drink more than men, and these events tended to have sexualized themes and costumes. Given that some theme parties can be highly sexualized, future investigation of the mechanisms that may explain this effect is warranted."
Posted by The Man at 1/05/2008 No comments:

Labels: Food-Drink, In The News, Pictures 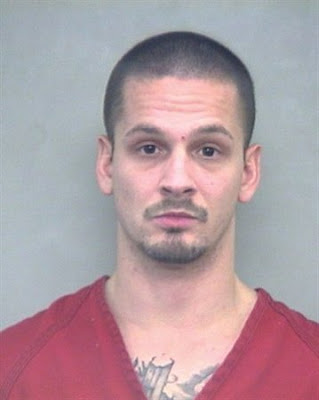 Man Took $20 In Kid's Piggy Bank
A man has been charged with sneaking into a toddler's bedroom and stealing $20 from a piggy bank while the 2-year-old girl slept.
Authorities say DNA evidence linked Ryan A. Mueller, 30, of Sheboygan Falls to the crime that occurred Aug. 10 in Wilson.
Click Here To Read More

Massage Therapist Gets 2 Years in Jail for Secretly Taping Clients
CHARLESTON, W.Va. — A massage therapist will spend two years in jail for secretly videotaping female clients as they undressed for sessions and then dressed.
Richard Filbin originally was charged with 114 counts of criminal invasion of privacy. He pleaded guilty Wednesday in Kanawha County Magistrate Court to 12 counts. The other counts were dropped as part of a plea bargain.
Magistrate Kim Aaron also ordered Filbin to pay more than $6,000 in court costs and fines and sentenced him to two years of probation.
The 52-year-old Filbin operated Body and Soul Massage Therapy in Cross Lanes. According to the criminal complaint, police began investigating late last year after his wife discovered the tapes and notified authorities.

Forget Tupperware: Taser Parties Are the New Craze
GILBERT, Ariz. — Before she lets them shoot her little pink stun gun, Dana Shafman ushers her new friends to the living room sofa for a serious chat about the fears she believes they all share.
"The worst nightmare for me is, while I'm sleeping, someone coming in my home," Shafman says, drawing a few solemn nods from the gathered women.
Shafman, 34, of Phoenix, says she knows how they feel. She says she used to stash knives under her pillow for protection.
Welcome, she says, to the Taser party.
• Click here to see photos.

Wife takes ‘divorce by text’ to court
A woman is seeking clarification from a court on whether her husband’s declaration of divorce by text message is legally valid. After missing a call from her husband on her mobile phone Iqbal Abul Nasr received a text message from him which read: “I divorce you because you didn’t answer your husband,” it was reported in the state-run daily newspaper al-Akhbar. In line with Sharia, men do not need to go to court to file for divorce. A unilateral declaration of divorce by a man, repeated three times, formally ends a marriage. It was the third time that Mrs Abul Nasr, an engineer from Cairo, had received such a text message.
Posted by The Man at 1/05/2008 No comments:

Labels: In The News, Not Right, What a "Dumb Ass"
Newer Posts Older Posts Home
Subscribe to: Posts (Atom)