It's not a car nor a motorcycle but it is the world's fastest.

Bugatti Veyron owners, have been looking very smug since the amazing supercar posted its awesome 250mph top speed and 1000 horsepower acceleration that not even the fastest motorcycles could match. 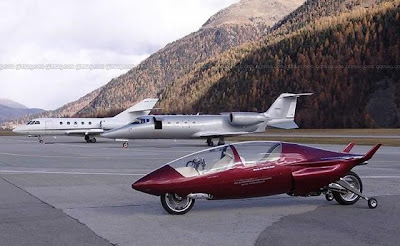 But it seems Acabion has taken the crown back for the bike brigade, with its release of a road-ready streamliner that's capable of beating they Veyron's top speed using only 20% throttle.
The Acabion GTBO is said to top out at around 340mph (close to 550kmh) if you're game enough to hold on to 50% throttle, and with engines varying from 350 to 750 horsepower.
It's very serious... Even if it does have training wheels. 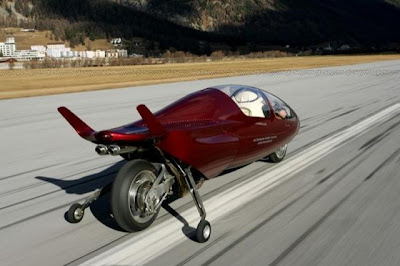 The effects are just out of this world."
Manufacturers expect the GTBO to be in production and on the road within three years.

The bad news is the asking price is likely to be £1.5million. 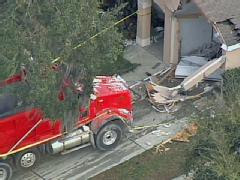 ORANGE COUNTY, Fla. -- The final blow in a family fight came from a dump truck.
Orange County deputies arrested 38-year-old Julian Burnett after he slammed a red dump truck into a home on Pinto Way in the Pine Hills area, Wednesday. They said the crash was the violent end to a fight with a family member.
Burnett was charged with aggravated assault.

There is still a endless supply of Idiots

BUT FAILS BIG TIME
.
Crazy Female Sews A Heart Design Into Her Tongue

Overheard on the streets of Miami

Woman: You don't remember me, do you?
.
Older man: Your face looks familiar...
.
Woman: You saw me running down the street naked last weekend.
.
Older man: Why would I remember your face, then?
Posted by The Man at 3/03/2008 No comments: 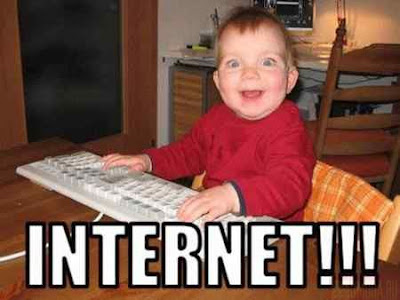 I swear it was this big 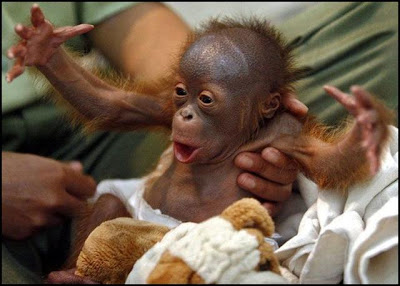 If You Liked Bacon, You'll Love Bacon Cups.
Here's a step-by-step instructions on how to make the fabulous bacon cup. 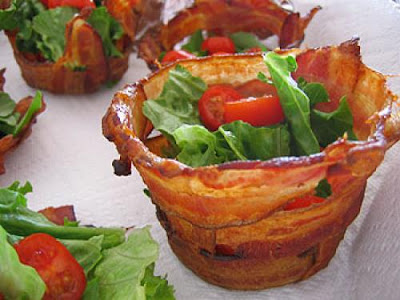 Do you have any bread?

These are sculptures of human body parts made from bread. 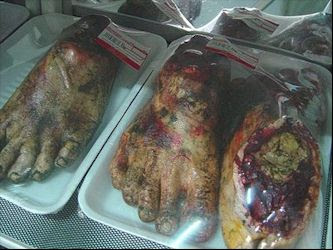 The Friends download cost £11,000
The wife of a city executive cost her husband £11,000 after she downloaded four episodes of the sitcom Friends through his mobile phone while abroad.
The woman used the broadband package on his Vodafone mobile phone to order the programs, which would have been free had the download taken place in Britain.
However, her husband flew to Germany on business while the download was still in progress and it resumed after he touched down, incurring the massive fees.
The pair, who has not been named, discovered the unwelcome bill after the executive arrived back in the UK and Vodafone called his firm to alert him.
.
Police Needled At (911) Call To Help With Sewing
A woman in a rush to get to a garden party called (911) to ask for help with her sewing.
The woman, who has not been identified, called police in Rotorua yesterday pleading for help to thread her needle.
Posted by The Man at 3/03/2008 No comments: