Why are there "IDIOTS?"

What would you do if you win the Lottery?

How a butterfly destroyed my roof

The Next Computer Brain 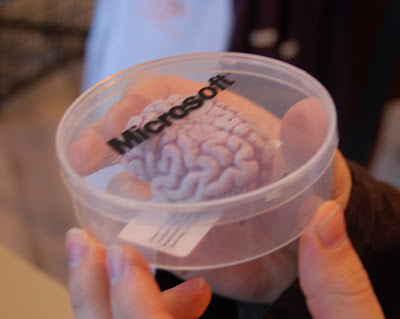 Woman charged with drunk driving after crashing into pool 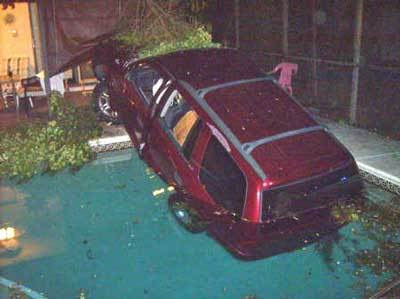 Bill Haggerty awoke to an SUV in his pool . "It looks like she actually caught air, because the front half of the car made it across the pool," he said.
The sudden, thunderous, splashing crash outside their bedroom sent Bill and Laura Haggerty from deep sleep to instant fright.
Bill Haggerty rushed outside to see what had happened while his wife called 911. He found a maroon sport utility vehicle with its back end submerged in his swimming pool. It was about 11:30 on Wednesday night. The driver, who appeared unharmed, opened her door and promptly fell into the water.
Posted by The Man at 4/25/2008 No comments:

Labels: In The News, Vehicle, What a "Dumb Ass"

Alternative way to tow a car to Riyadh, Saudi Arabia

Actor Wesly Snipes gets 3 years
OCALA, Fla. (AP) - After haggling with revenue agents, criminal investigators and eventually U.S. prosecutors for almost a decade, Wesley Snipes finally caught them by surprise.
Hours before he was to be sentenced Thursday for failing to file income taxes he insisted he never had to pay, the action star cut the federal government three checks for $5 million, delivered in court.
So taken aback were prosecutors that they first declined the cash. But by the end of the day, the government took the money and more - a maximum three-year sentence for its highest-profile criminal tax target in decades.
"The sentencing court sends the right message to the American taxpayer - you've got to pay your taxes,"
.
Woman sues husband for carrot attack
A Monroe woman is suing her husband, claiming he caused her to lose an eye when he threw a carrot at her during an argument. The lawsuit filed by Pamela Vecsey claims that when she and her husband, 48-year-old Roderick Vecsey were arguing on July 14, 2006, in their home, her husband threw a carrot from about 20 feet away.
The woman's lawyer says Pamela Vecsey was hit in the left eye by the carrot which ruptured the eyeball. The eye was removed and she now has a glass eye. Roderick Vecsey was arrested and charged with second-degree assault and disorderly conduct. The charges against him were later dropped. The couple still live together.
.
Bikini Bandit caught - wearing one of his stolen suits
A brazen bikini bandit has been nabbed in Rutland - wearing one of his stolen suits.
The 15-year-old boy suspected of being a serial swimsuit swiper was pulled over when a stolen van hit a spike belt - and police found the culprit sporting a frilly pink bikini.
"When the police told me, it was hard to keep a straight face," said victimized shopkeeper Darlene Lehoux, owner of the Serenity Tanning Salon.
"The only pink one that was stolen had little frills on the bottom - and little frills on the bra, too."
Lehoux's shop has been hit three times in the past year. Each time, the till was untouched, but bikinis went missing.
.
'Banana boys' suspended for school prank
ZION-BENTON HIGH School: Monkey business not funny
A senior prank at Zion-Benton Township High School seemed quite humorous at first.But as a group of students quickly learned, the administration isn't amused with monkey business.
And so - after 10 students in larger-than-life banana costumes ran the halls of the high school with an eleventh student dressed as a gorilla giving chase - the boys are on the raw end of a seven-day suspension.
The prank started innocently. Senior Andrew Leinonen, who will study criminal justice at Carthage College this fall, wanted to do something that wouldn't damage property or hurt anyone, while still being hilarious.
"What's funnier than a gorilla chasing bananas through a school? Nothing," Leinonen said. "It was a harmless prank."
Leinonen -- who played the role of the gorilla -- went on a recruiting mission, quickly finding 10 guys willing to pay $30 for a banana costume. The group drew up a plan and picked a route. They planned to wear black pantyhose on their heads to remain anonymous, and even planned for escape vehicles. There's a news video here.
Posted by The Man at 4/25/2008 No comments: