Man gives his company to employees 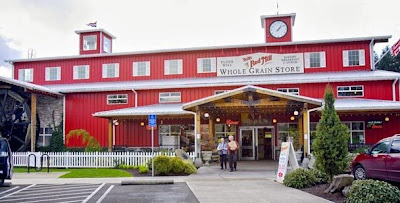 Bob Moore, standing in his retail store, had his 81st birthday this week and celebrated by transferring his business to his workers. His successful whole-grain production business mills grains, operates a retail store and restaurant, and ships products internationally.
He's turned down almost daily offers to buy the multi-million dollar company saying, "These people are far too good at their jobs for me to just sell it."
. 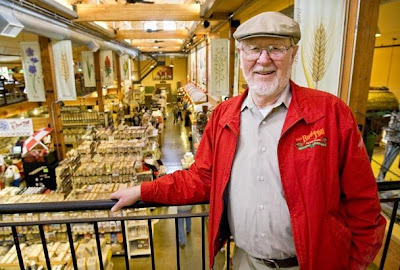 Man dies after 10 calls to 911 over two days
In his first call to 911, Curtis Mitchell sounded calm, explaining to dispatchers that his "entire stomach is in pain."
By the time his longtime girlfriend made a 10th call nearly 30 hours later, she was frantic. He wasn't breathing. He was cold to the touch.
"Oh God, oh God," Sharon Edge sobbed to dispatchers. "I've been trying to get an ambulance over here for two days."
Paramedics arrived at their Hazelwood home as Ms. Edge tried to resuscitate the 50-year-old, but it was too late.
"I sat up here with him, watching him die," Ms. Edge said, after city officials apologized to her and pledged immediate changes in emergency response after Mr. Mitchell's death on Feb. 7. "They didn't do their jobs like they were supposed to."
.
Woman’s $1,600 water bill is correct
A Minneapolis woman has received a $1,600 water bill, a bill the city believes is accurate even though it's 20 times the woman's usual bill. Erica Kocur said her bill is generally $70 to $80 per month. She said her "heart just dropped" when she got her latest bill. The city said she must have a running toilet or dripping faucet.
But they billed her for using almost 200,000 gallons of water. That's three times the volume of her entire home. A shower would have to run nonstop for almost two months to use that much water.
The city's director of treasury is LeeAnn Stagg. She said the city believes the bill is accurate, but the city will check Kocur's meter one more time.
.
Hired, fired and arrested by the police all in the same afternoon.
23-year-old John Yarrington from Falmouth resident accomplished the dubious feat Tuesday, when the police agreed to make him a confidential drug informant. But less than 10 minutes after participating in a controlled hand-to-hand drug purchase from an East Falmouth dealer, Yarrington used his $100 police payment to buy drugs for himself.
The only problem was Yarrington returned to the scene of the crime and allegedly bought heroin from the same dealer, who was still under police surveillance.
"It's a case of the dumb get dumber," Falmouth police Detective Christopher Bartolomei said.
.
Pediatricians call for a choke-proof hot dog
Nutritionists have long warned of the perils of hot dogs: fat, sodium and preservatives to name a few.
Now, the American Academy of Pediatrics wants foods like hot dogs to come with a warning label — not because of their nutritional risks but because they pose a choking hazard to babies and children.
Better yet, the academy would like to see foods such as hot dogs "redesigned" so their size, shape and texture make them less likely to lodge in a youngster's throat.
.
Gun safety Instructor Shoots Student During Gun Safety Class
A gun safety class attendee in Orlando, Fla., was accidentally shot in the foot by his instructor, police reported.
Robert Frauman Jr., 50, was one of three students at a concealed weapons certification class at Summit Church Saturday, when he was struck by the stray bullet.
Instructor Michael Phillips could not be reached for comment, but another National Rifle Association instructor said it is forbidden to take ammunition to classes.
The event was not sponsored by the church, which offered one of its meeting rooms to the group after some of its members made a request, the spokeswoman said.
"We won't be having anything like that in our church in the future," she added.
.
Leprosy diagnosed on Olympic security ship
Health officials in Vancouver confirmed Friday a crew member has a case of leprosy aboard a cruise ship anchored in the city's harbor that houses police and Canadian Forces personnel providing security for the 2010 Winter Olympics.
.
Family and cryonics firm in court over woman's head
.
Nearly 50% of Indian girls get married before turning 18
.
Oven explodes injured a 11-year-old in new $1m dream home
.
Long arm of the Lord
Police Inspector holds regular PRAYER meetings to help catch criminals
.
School girls are forced to wear skirts – Illegal
.
You Smell: Get off the Plane
.
Tracy, Calif., will be charging $300 if you make a 911 call for help.
.
Man wins $1.2m after gluing coin to step
.
You have the right to remain....right here
.
Surgeon 'removed toddler's bladder after mistaking it for hernia'
.
Posted by The Man at 2/22/2010 No comments:

Some of the courtrooms are not even courtrooms: tiny offices or basement rooms without a judge’s bench or jury box. Sometimes the public is not admitted, witnesses are not sworn to tell the truth, and there is no word-for-word record of the proceedings.
Nearly three-quarters of the judges are not lawyers, and many — truck drivers, sewer workers or laborers — have scant grasp of the most basic legal principles. Some never got through high school, and at least one went no further than grade school.
But serious things happen in these little rooms all over New York State. People have been sent to jail without a guilty plea or a trial, or tossed from their homes without a proper proceeding. In violation of the law, defendants have been refused lawyers, or sentenced to weeks in jail because they cannot pay a fine. Frightened women have been denied protection from abuse.
.
Posted by The Man at 2/22/2010 1 comment:

Fifty Ugliest Cars of the Past 50 Years 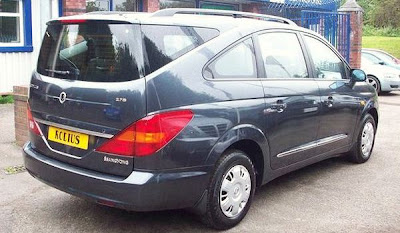 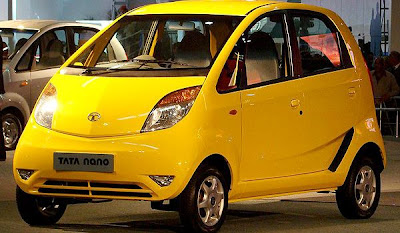 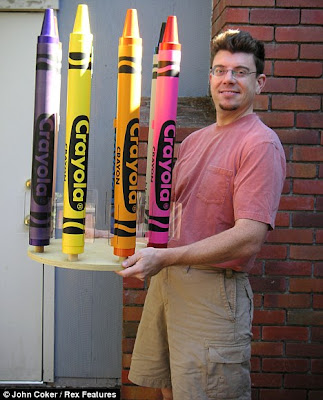 An inventor with a penchant for explosives has designed a set of rockets in the shape of a giant box of crayons.
John Coker has always enjoyed building things that explode and after a friend mentioned that his creations looked like Crayola crayons he started building the crayon-shaped rockets.
. 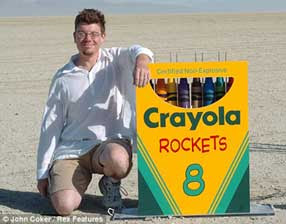