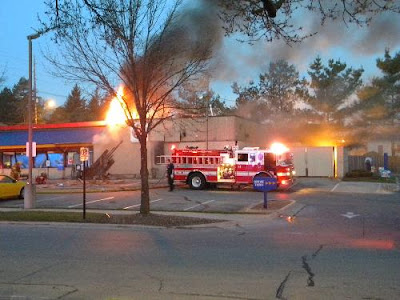 Fire crews were called to a Burger King restaurant in Cedar Rapids for a fire and explosion Friday morning. Watch the fire video, sent to us by TV9 viewer Lindsay Dick. It broke out just after 5:30 a.m. at 3030 Mount Vernon Road SE. The Cedar Rapids Fire Department says crews were just outside the building when an explosion occurred inside the restaurant. One firefighter was knocked backward, but wasn't hurt. The explosion knocked down part of the back wall, shattered the dining room windows and damaging the front entrance. Portions of the ceiling and light fixtures collapsed in the northeast corner of the building, near the office, storage area and bathroom, and there is smoke damage throughout. It took crews about 40 minutes to get the fire under control. No one was hurt. Three employees were in the restaurant at the time, they escaped the fire uninjured. Fire investigators are working to figure out what the cause of the fire.
.
Posted by The Man at 4/24/2009 2 comments: 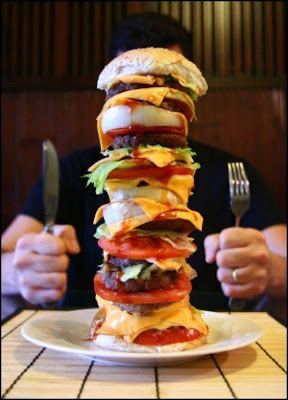 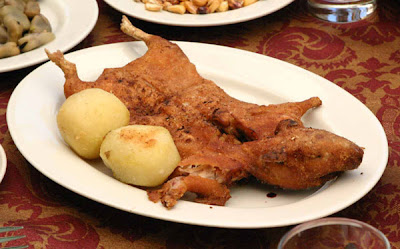 Cows are not Impressed 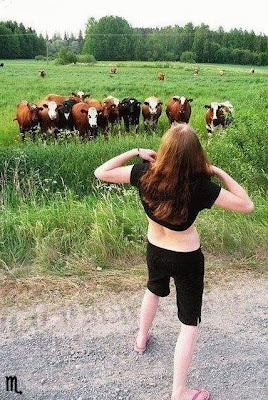 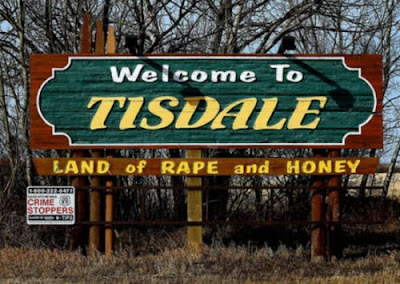 .
This is Tisdale, Saskatchewan and no the sign is not photoshopped. Tisdale is known as the "Land of Rape and Honey" due to its significance in producing both rapeseed (canola) and honey.
Due to its possible multiple meanings, industrial metal band Ministry named their 1988 album The Land of Rape and Honey after seeing the motto on a Tisdale souvenir mug.
.
Posted by The Man at 4/24/2009 1 comment:

When traveling to Baghdad be prepared for anything 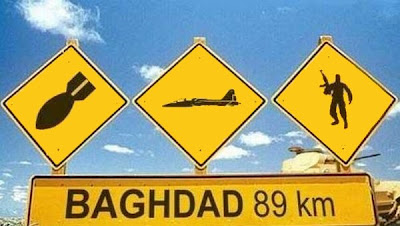 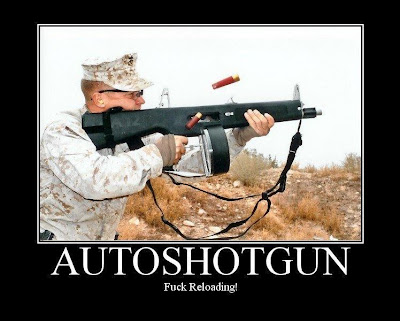 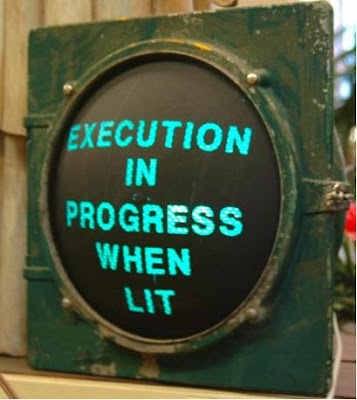 Naked at the South Pole 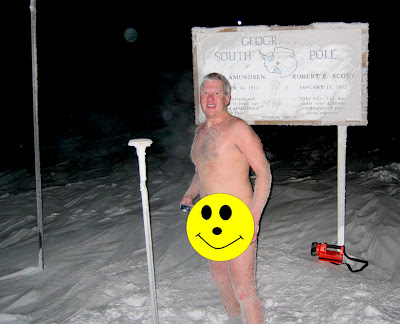 California father forced his 7-year-old son to get his gang tattoo
Fresno, California police are searching for the father of a 7-year-old boy who reportedly was forced to get a gang tattoo.
Police are looking for 26-year-old Enrique Gonzales, a member of the "Bulldog" street gang.
Investigators say Gonzales held down his son while a tattoo artist, also a Bulldog gang member, tattooed a dog paw on the boy’s stomach.
The tattoo artist, 20-year-old Travis Gorman, has been arrested and is facing several felony charges.
The boy’s father is wanted on several charges and is believed to be hiding in Fresno.
Fresno Police spokesperson Jeff Cardinale says that even the police department’s gang task force, which has made more than 9,000 gang-related arrests, was shocked by this incident.
A gang expert says the incident is part of a gang’s desire to show that it owns the family of its members, and is also trying to recruit new members at a much younger age.
.

.
Teen gets the shit scared out of him after deputy surprises him
A teenager suspected of car burglary was so surprised when he opened a car door to find a police officer sitting inside that he messed his pants, police said.
It happened about 1 a.m. Saturday as Salt Lake County sheriff's deputy Chad Taylor was returning to his Centerville home from working a shift.
"I was in my personal vehicle, but I was in uniform," Taylor told the Deseret News Monday. "I'd pulled in my driveway and was on the phone with another deputy when I looked in the rear-view mirror and saw this guy trying to get into my wife's car."
Taylor watched the teen then move up toward his car.
"Right as his hand goes to check my handle, I kick the door open," Taylor said. "I said, 'You'd better stop right there! Police!' I'm not kidding, it was quiet as can be, and I heard …"
The 16-year-old boy turned and ran, chased by Taylor, who called 911 as he ran after the teen through the neighborhood. The boy was scrambling so fast, Taylor said, he lost his shoes. Centerville police responded to help catch the teen.
The boy dashed into a friend's house, where a party was going on, police said. Officers were let into the house where they found him — and discovered that he had soiled himself, Child said. "You could smell him," Taylor said. "He told us, 'Yeah, I crapped my pants.'"
.
Sickest girl in Britain
A dog was filmed being beaten and kicked in a sickening attack — by a girl aged 12.
The schoolgirl was seen kneeing, slapping and stamping on stunned springer spaniel Jasper in the 13-minute film.
She whipped him with his lead, then stood on his tail with one leg while kicking him with the other.
The girl is seen kicking the pup 14 times, kneeing it 26 times and hitting it with its lead eight times. She slaps it 17 times and stamps on it ten times.
Last night Jasper’s owner Ray Green, in his 60s, choked back tears after seeing the horrific film. Mr Green, who uses a mobility scooter, had let the girl — the daughter of a close pal — take the 18-month-old dog for walks.
VIDEO, SLIDESHOW and More of the horrific attack
.
Cost of Ice Cubes Rising Too, At Least at Morton's Steakhouse
We've gleefully chronicled such gilded age menu items as the $25,000 dessert and the $81 hamburger, but former NY Mag dining critic Gael Greene is reporting what may be the most hubristic example of restaurant chicanery yet. She has it that Morton's The Steakhouse recently tried to charge financial columnist Dan Dorfman $2.50 extra for ordering a cocktail on the rocks. His beverage was served with five of the sublime little frozen delicacies, translating to 50 cents per ice cube. He objected after noticing the charge on his bill, and Greene writes, "If you know Dorfman you know his protest was not pretty." Morton's ultimately waived the fee, but Dorfman says, "I bet they get away with it more often than not since that's a place that attracts a fair-sized Wall Street crowd and I'm sure many of them say nothing."
.
Posted by The Man at 4/24/2009 No comments: 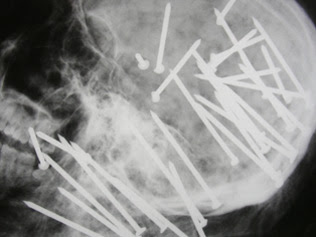 A shocking X-ray shows how a man died with up to 30 nails fired into his skull by a high-powered nail gun.
Sydney, Australia, homicide squad detectives have released the graphic image as they make a fresh appeal for information about Chen Liu's murder.
The decomposed body of the 27-year-old, also known as Anthony Liu, was found dumped in the Georges River last November, wrapped in a domestic rug.
He was bound with electrical wires and an extension cord and the carpet was neatly folded with each end tucked in and then bound with three strips of wire.
Officers with Strike Force Renfree, formed to investigate the murder, have revealed they believe he was shot dead elsewhere and driven to the river in his own blue 2005 Range Rover Sport 4WD.
Detective Inspector Mark Newham said yesterday that post-mortem examination results had showed Liu was shot repeatedly in the head up to 30 times with a high-powered nail gun.
"Similar types of nail guns can fire nails up to 85 millimeters = 3.35 inches," Insp Newham said.
Detectives said the nail gun used in the murder was a standard cordless, framing, gas-charged gun, widely available for sale.
.
Posted by The Man at 4/24/2009 3 comments: