Got a cell phone? 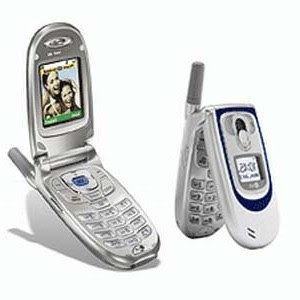 Then consider putting these must-have phone numbers on speed dial.
.
.
Put your family on ICE. That stands for ‘In Case of Emergency.’ Paramedics recommend programming ANY emergency contact in your cell phone after the word ICE, as in “ICE-wife” or “ICE-dad.” The idea is that if you get into an accident, police can use your phone to quickly notify someone. .
Another must-have number to put on speed dial is: 1-800-GOOG-411. That’s 466-4411. It’s a Google service that lets you request information just as you would on a web browser. Ask for ‘Italian Restaurants,’ and you’ll get a list of spaghetti and meatball joints within the area code you’re calling from! The best part is that Google won’t charge you – unlike some other 411 services.
.
The next number to program on speed dial is: 866-411-SONG. Ever been driving around, and you hear a song on the radio that you’re dying to know the name of? Call this number, and hold your phone up to the speaker for 15 seconds. The service will I.D. any song within its database of 2-and-a-half MILLION tunes. Then you’ll be sent a text message listing the title and artist. It’ll even give you an option to download the song onto your phone!
.
Next, if you’re always trying to hail a cab, then program this number on speed dial: 800-TAXI-CAB. This is a free referral service that connects you with the closest taxi company within any metro area in North America. They’ll also hook you up with a shuttle service if you’re stranded at the airport.
.
If you’re traveling overseas, you must have this number on speed dial: 800-752-6096. That’s a language service that will connect you to one of 170 different translators. Want to know what “la personne la plus futée dans le chambre” means? Then get a French translator on the phone to tell you it means you’re the smartest person in the room! Beware, they’ll charge you $3.95 per minute for that privilege.
.
Put These Must-Have Numbers on Speed Dial
Posted by The Man at 2/03/2008 No comments: 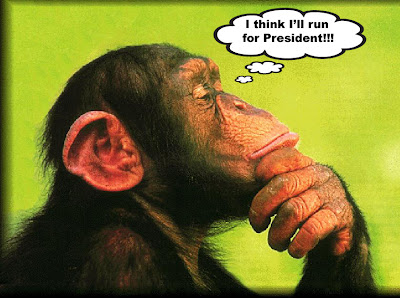 Are you smarter then a chimp?
Watch the chimps results and try it yourself here.
Posted by The Man at 2/03/2008 2 comments: 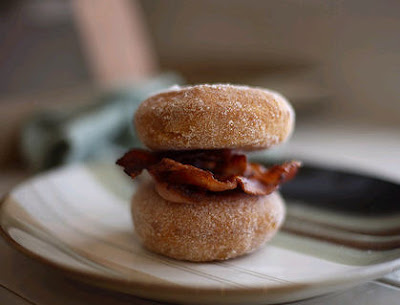 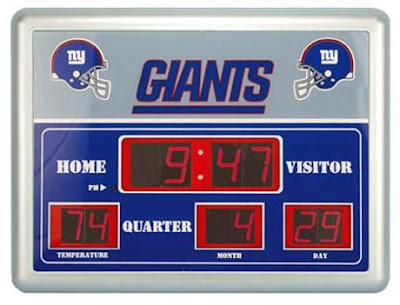 The perfect way to dress up your living room wall for SuperBowl is to get a Giant Scoreboard clock. The scoreboard measures 20″ x 14″ and gives you the time, date and temperature - and you can get it painted with a lot of different teams, not just the New York Giants.
The price tag reads $74.99.
.
.
Adult Football Fan Mask 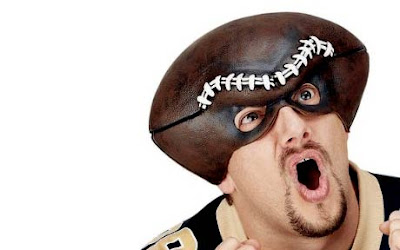 It was hard to pick the winner for this Top 10, but this one made me laugh so many times that I just had to place it in the top position. It gets funnier for every time I look at it. You will look like a very weird super hero wearing this football mask. It is the cheapest item on this list too - only $9.99.
Top 10 SuperBowl gadgets
Posted by The Man at 2/03/2008 No comments: 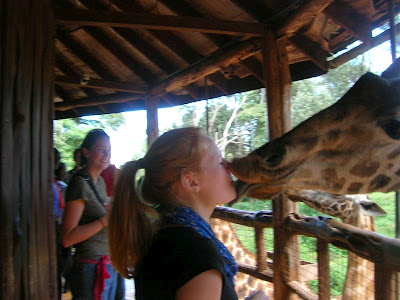 A medical student visiting a Halle zoo on Thursday used CPR to rescue a baby tiger choking on a piece of meat. The cub survived - making him just the latest carnivore cub in Germany to be saved by human hands.
Janine Bauer was watching the zoo's big cats with her son, Johann, when the four-month old tiger began to choke. "The little baby tiger was gnawing meat off a bone. All of a sudden he couldn't breathe and lost consciousness," said Bauer. 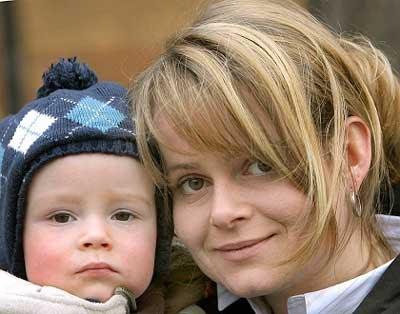 A zookeeper rushed to the cub's side, but his hands were too big to pull the offending strip of steak out of the young tiger's throat. So Bauer, a medical student, left her one year-old son in his stroller and rushed into the enclosure.
She was able to pull the 10 centimeter chunk of meat out of the tiger's windpipe, but he did not regain consciousness on his own. So Bauer performed CPR on the cub, using heart massage to jump-start the young tiger's pulse and locking lips to chops to breathe air back into his lungs. 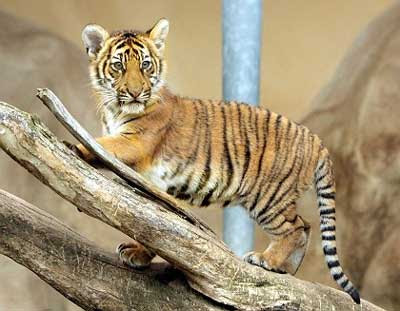 "It was like just like an infant," said Bauer. "It took four or five endless minutes, but then the tiger was growling again." In gratitude, the zoo's director announced that the tiger would be named Johann - just like Bauer's son.

Life Expectancy Calculator
Your Virtual Age is a reflection of your health and vitality.
The lower your Virtual Age the better shape you are in.
It is used to calculate the Life Expectancy of someone of your current physical age.
.
Click Here
.
.
Visualize your name....................
Put your First name in top box, Second name in the one below.
No need to add email address...Then click “Visualizer”
http://www.tatuagemdaboa.com.br/
Posted by The Man at 2/03/2008 No comments: 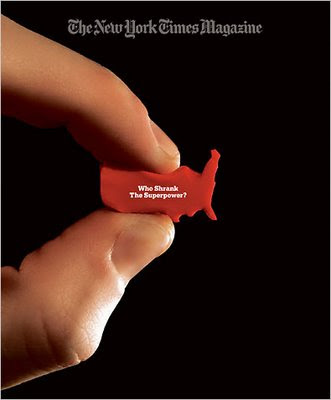 Labels: In The News, Pictures, SUCKS

A continent-wide hunt is under way for a flight attendant who took part in a mid-air striptease and the airline pilot whose hands were on the controls, among other things.
The video shows the young stewardess on the UK-bound flight unbuttoning her airline uniform on the flight deck. The pilot is then seen to take his hand off his joystick and help her off with her top.
The incident took place on a short-haul flight from Europe, when the captain and his chief officer asked the 20-something attendant up to the cockpit to enliven their flight to London.
.
.
The young woman, who can be seen to be wearing a wedding ring in the video, cheerfully goes along with it. She even goes so far as to take her bra off and happily allow the pilot to grope her breasts - and at one stage lifts up her skirt to show her underwear.
The video has sparked a internal probe at several European airlines as they attempt to discover who was involved.
The video above is probably NSFW, although there's a slightly longer, more revealing video at The Sun.
Posted by The Man at 2/03/2008 1 comment:

Labels: In The News, Risqué, Video's 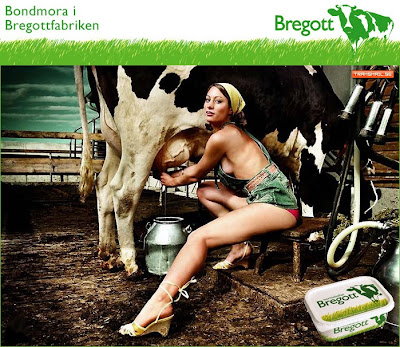 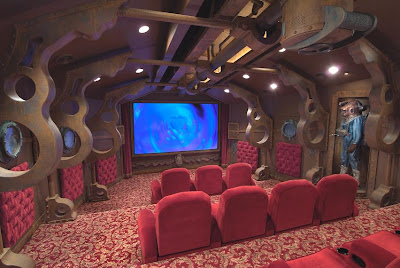 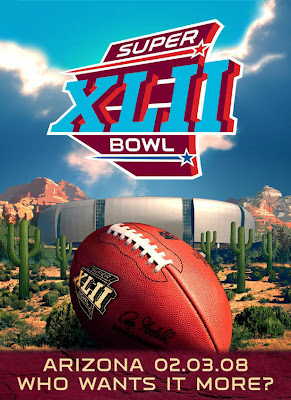 New survey findings indicate that 1.5 million employed
U.S. adults may call in sick to work the day after the big game.
Will you be one of the 1.5 million?
Posted by The Man at 2/03/2008 No comments:

Women Teach Suspects a Very Hard Lesson
It looks like a couple of suburban St. Louis purse snatchers picked the wrong women to attack.
The victims fought back - with a snow shovel.
Click Here To Read More

Teens Unremorseful After Stealing From Girl Scout
The State Attorney's Office will decide whether to charge two teens who admit they robbed a 9-year-old Girl Scout selling cookies outside of a Boynton Beach supermarket.
"I thought that it was a really mean thing to do, and I was sad after," Girl Scout Gracie Smith told WPBF News 25.
Click Here To Read More

Police: Crack Found In Man's Butt Crack
Police searching a downtown home found a man hiding 15 plastic bags of crack cocaine in between his buttocks.
Pierre Lynch, 20, of Washington, D.C., was searched after he went to a home on Charles Street Thursday night.
Click Here To Read More

What A Way To Die
Sex Was Too Much For A Man's Heart
A heavy goods vehicle driver from Hemel Hempstead died after suffering heart failure while engaged in sexual intercourse, an inquest has heard. Coroner Edward Thomas heard that Paul Swendell, of The Sonnets, was found lying on his back in bed, completely unresponsive, by paramedics.
The 55 year-old was taken to Hemel Hempstead Hospital where doctors were unable to resuscitate him. Mr Thomas, quoting from the testimony of the registrar on duty at the time, said: "Mr Swendell was engaged in sexual intercourse when he became unresponsive."
Posted by The Man at 2/03/2008 2 comments: