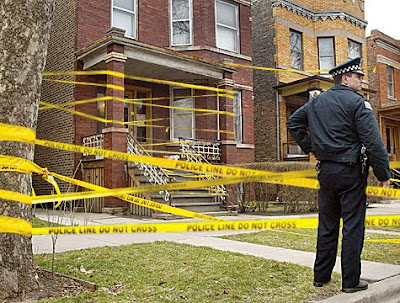 "Escape from Freedom"
A convict in the Netherlands has escaped from prison after tunneling out with a spoon. Her secret tunnel began in a cellar and was concealed by a removable hatch.
A convict in the Netherlands has succeeded in breaking out of prison with an escape worthy of the movies: She tunneled her way out -- with a spoon.
The public prosecutor's office confirmed Tuesday that the 35-year-old female prisoner had escaped through a tunnel from a prison in Breda in the southern Netherlands.
The spectacular prison break was made possible because the convict was no longer housed in a regular cell, but in a separate building on the grounds of the detention center where long-term inmates are prepared for their release and are given more freedom.
.
Guilty but not responsible
.
Dog survives 40 days without food lost in mountains
.
Mother Creates Life After Death
Nikolas Evans died at 21, His mother considers a surrogate to birth her grandchild culled from her son's sperm after his death on April 5, 2009.
.
Student says assignment was inappropriate
“I believe you don't write about how to sell your soul to the Devil," she said.
.
Mom goes online to sell breast milk
.
Posted by The Man at 2/25/2010 No comments:

Pee in the Cup 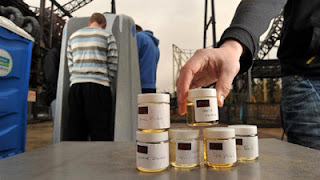 .
.
A Surrey theme park is calling on members of the public to submit their urine samples in a bid to find the country's most pungent smelling pee.
Posted by The Man at 2/25/2010 No comments:

Female busted a watermelon with her thighs.