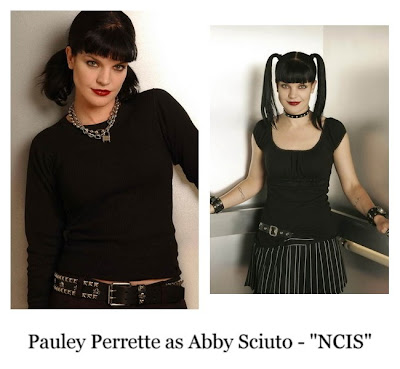 Weddings can be filled with memories good and bad

Couple Weds at Taco Bell
Wedding bells meant Taco Bell for Paul and Caragh Brooks.
Customers inside the fast-food restaurant continued to order tacos and burritos as the couple sat Friday in an orange booth at Taco Bell and exchanged vows.
"It's appropriate," groom Paul Brooks said. "It's an offbeat relationship."
Employees displayed hot sauce packets labeled with the words "Will you marry me?" They decorated the restaurant with streamers and balloons.
The bride wore a $15 hot pink dress and the entire wedding cost about $200. Several dozen guests looked on as the couple's friend, Ryan Green of Normal, administered the vows while wearing a T-shirt. He was ordained online.
"This is the way to go — there's no stress," said the groom's mother, Kathy Brooks.
Caragh Brooks, 21, of Australia, met Paul Brooks, 30, on an Internet dating Web site. They already had the same last name.
..
Bat, Maggot Invasion Ruins Australian Couple's $30,000 Wedding
Friends, family, fine wine, a $30,000 investment and a year and a half of planning: it should have been the perfect wedding.
But Sydney couple Steve and Leigh Buttel claim unwanted guests — including maggots in their wedding bed and bedroom invasions by bats — turned their wedding into a bride's worst nightmare.
The couple and family members arrived at Peppers Creek in Australia on Nov. 28, a day before the wedding.
They stayed in accommodation known as The Yacht Club and The Racquet Club, which is made up of four separate cottages adjacent to Peppers Creek Village.
By the time the group left three days later, the newlyweds had found maggots described by the groom as "the size of chocolate bullets" in their wedding bed and a dead bat, covered in maggots, above their bedhead.
One guest awoke in the early hours of the morning with a reaction to what he believed were insect bites and spent the night on a couch.
Other guests fled their room in the middle of the night when a bat emerged from the fireplace and "flapped around the room."
.
Posted by The Man at 1/11/2009 No comments:

Only the lips are on her Butt Cheek 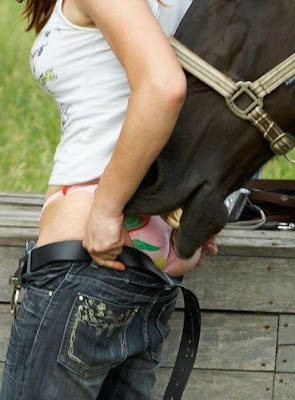 Quite a price to pay for a good night's sleep.
The Panama City woman drugged her husband's dessert
She sprinkled a chocolate pie with four crushed pills - one Xanax, two Valium and an Ambien - then fed a slice to her husband Jeffrey in "an erotic manner."
The sweet treat put Jeffery Evans into a deep sleep. While he dozed, April went to sleep on the couch.
When she woke up, she told a family member what she did and it got back to hubby.
Jeffery, not amused, called the cops and the paramedics.
April told cops she wanted to knock her husband out so she could get some sleep in another room.
Jeffery was OK, but things could have turned out differently.
April was charged with domestic violence, delivery of a controlled substance and violation of the Florida Anti-Tampering Act.
.
Man tried to pay off overdraft
An armed robber was arrested after he held up a bank - and returned minutes later to pay off his overdraft.
The man ran into the Kredi Bank in the Serbian ski resort Nova Varos wearing a balaclava and brandishing a shotgun and demanded tellers hand over all the cash they had.
He got the equivalent of £30,000 in cash and then ran out of the bank.
Staff were still recovering from the shock of the robbery when Grlic, this time without his balaclava, walked back in to settle his overdraft.
Sharp-eyed staff recognised the distinctive trainers he'd been wearing and called police.
A police spokesman said: "The man had been wearing bright red trainers and everyone remembered them distinctly when they saw him run out of the bank.
"They could not believe their eyes when they saw a man wearing the same shoes come back in and kept him in the bank talking about his overdraft while our officers arrived."
The man, aged 33, has now been charged with armed robbery.
.
Cops and Robbers
Berlin police officers arrested each other as robbers made off with the cash after a hold up.
Two crooks threatened a female employee at the cash-and-carry selling booze in the city's Charlottenburg-Wilmersdorf district.
When the woman opened the till and handed over £5,000, the shop's silent alarm went off.
Plain-clothes policemen arrived at the store minutes later but ended up being arrested when uniformed officers stormed in seconds afterwards.
The crooks escaped and police have issued an apology over the mix-up. "We all thought the uniformed police had caught the crooks and when the plain-clothes cops tried to tell them who they were, the uniformed police told them to keep quiet.
"It was only when one of the uniformed officers recognized one of the plain-clothes cops that they realised what had happened.
"The cops knew they had made fools of themselves and the real thieves were long gone."
.
Bikini and Speedo-clad tourists beware
Caribbean Island Threatens Jail for Wearing Bathing Suits in Town
The Caribbean island of Grenada says it recently began enforcing an indecent exposure law banning bathing suits away from the beach, as well as saggy pants that reveal the underwear.
Police commissioner James Clarkson says violators are usually just ordered to cover up. But the law allows for a $270 fine or six months in jail.
At least a few locals are contesting fines.
Clarkson said Friday that cruise ships usually inform passengers of proper non-beach attire, but "from time to time, there is the one or two who take their chances."
He said a few months ago police ordered several tourists wearing swimwear at a fort to return to their cruise ship and put on some clothes.
.
Posted by The Man at 1/11/2009 No comments:

Woman hangs on for life after crashing car 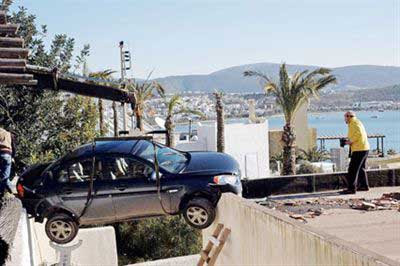