Does that mean I can have all the Krispy Kremes I want to eat? 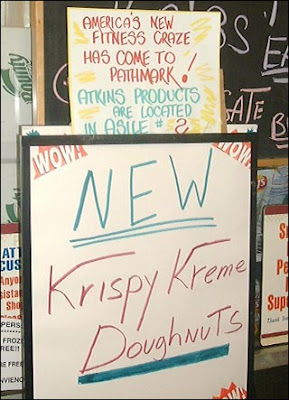 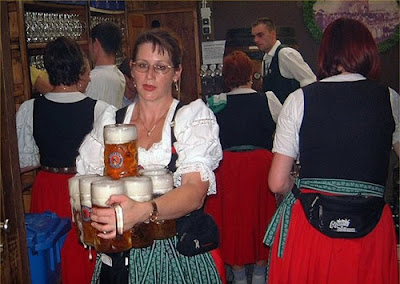 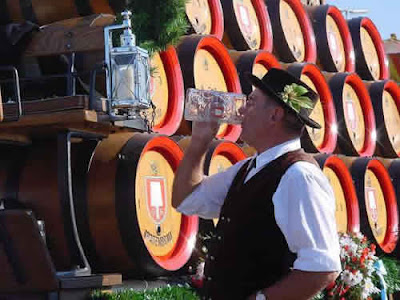 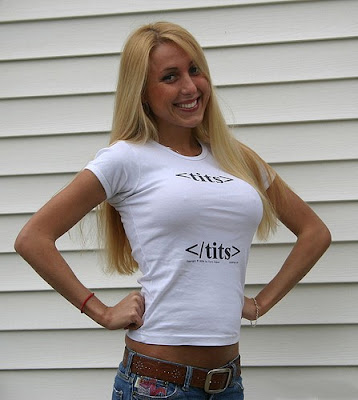 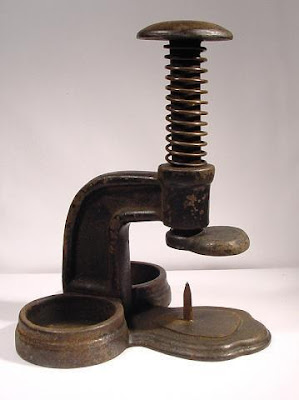 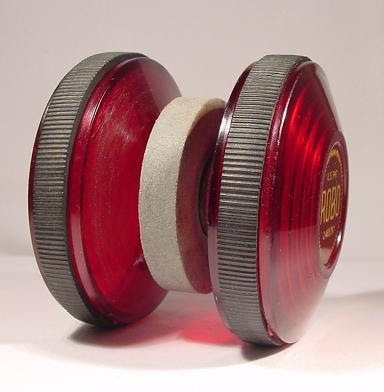 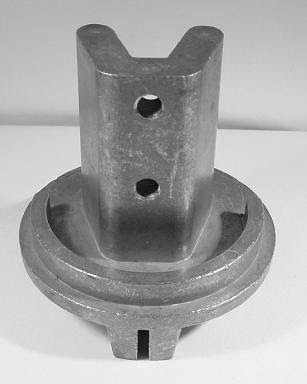 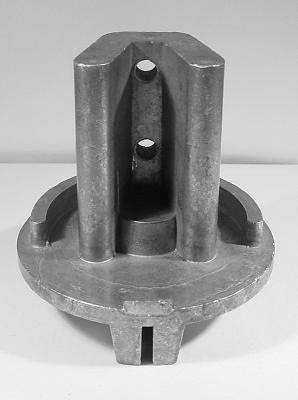 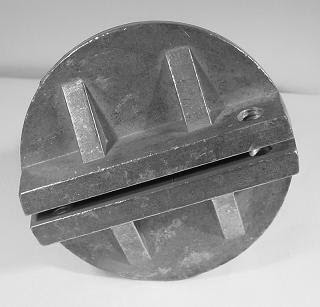 CLUE - Majority of people in the United States sees this every day while driving.
Posted by The Man at 9/27/2007 1 comment:

Yeah, I Love You Too! 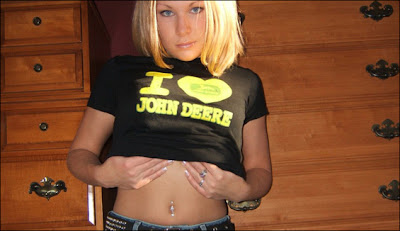 Handcuffed Mexican kids steal U.S. border agent car
Three Mexican minors detained in California on suspicion of smuggling drugs stole a U.S. Border Patrol car while still wearing handcuffs and drove it back across the border to Mexico.
Police in the Mexican border city of Mexicali said on Tuesday the three boys had been driving a pick-up truck on a remote Californian highway when a Border Patrol agent stopped them.
Suspicious they were carrying marijuana; he handcuffed them and put them in his patrol car while he searched their truck.
"As the agent was doing his search, he left the vehicle running and the keys in the ignition, so one of the lads, still wearing handcuffs, grabbed the steering wheel and they headed back to Mexico," a police spokesman said.

Giant ads set for world's busiest runways
Advertisers aiming to reach high-flyers with no alternative distraction will soon have a new method: adverts the size of three football pitches seen by plane passengers coming in to land.
UK-based Ad-Air launched its new service in London on Tuesday; offering brands the chance to place huge adverts near the runways of some of the world's busiest runways.
Ad-Air, backed by 5 million pounds ($10 million) of private equity finance, said it had spent five years securing sites around the world's busiest airports including London Heathrow, Paris, Geneva, Atlanta, Los Angeles, Tokyo and Abu Dhabi.
The first advert will appear in Dubai next month.
Paul Jenkins, managing director of Ad-Air, said the adverts would appear in "clutter-free environments and moments free of any other commercial messages."
Operations Director Haakon Dewing told Reuters the adverts could develop to produce a moving image that starts each time a plane comes into sight.
The adverts, which are low to the ground and 20,000 square meters in size, will only be illuminated where local legislation allows.

Man convicted of murdering parents and sisters won't get estate
KEOSAUQUA (AP) --- Shawn Bentler, who killed his parents and three teenage sisters last year at their southeast Iowa home, is not eligible to receive his family's $2.8 million estate, a judge has ruled.
Bentler also can no longer use the estate to cover his legal expenses, Van Buren County District Judge Daniel P. Wilson ordered in the ruling Friday. State law prohibits convicted murderers from getting any benefit from the slayings, including inheritance by will. The estate will be divided between two girls Bentler fathered with two women, lawyers have said.
Bentler, 23, is serving life in prison for driving from his home in Quincy, Ill., last October and shooting his family in their rural Bonaparte home. He was convicted in May of five counts of first-degree murder, but has filed an appeal to the Iowa Supreme Court. During the trial, prosecutors argued that the unemployed father wanted to inherit money from his parents' successful grain elevator and lumberyard businesses. They said that led Bentler to shoot his parents, Michael and Sandra, and sisters, Sheena, 17, Shelby, 15, and Shayne, 14, each in the head with a .22 caliber rifle.

Man Fined For Sending Text Messages To Ex-Girlfriend
A Virginia Beach man has been convicted of sending annoying text messages to an ex-girlfriend.
A Chesapeake judge fined Brian Query $50, plus $72 for court fees, last week. The charge carried a maximum fine of $500. It's a misdemeanor to call another person's telephone intending to annoy them.
Click Here To Read More
Posted by The Man at 9/27/2007 No comments:

A doctor and a lawyer were talking at a party.
However, their conversation was constantly interrupted by people describing their ailments and asking the doctor for free medical advice.
After an hour of this, the exasperated doctor asked the lawyer, "What do you do to stop people from asking you for legal advice when you're out of the office?"
"I give it to them", replied the lawyer, "and then I send them a bill".
The doctor was shocked, but agreed to give it a try.
The next day, still feeling slightly guilty, the doctor prepared the bills.
When he place them in his mailbox, he found a bill from the lawyer.
Posted by The Man at 9/27/2007 No comments: 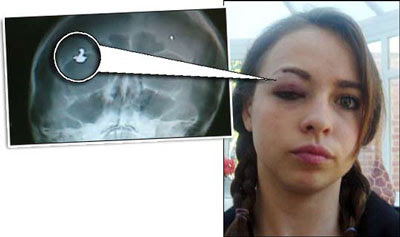 A boy of 14 who shot a girl in the eye has escaped punishment — because it is claimed he’s too young to realize what he was doing.
Lorna De-Ste-Croix, 15, was nearly blinded after the lead pellet from an air rifle embedded in her eye.
Her attacker, who can’t be named for legal reasons, was arrested. But now the Crown Prosecution Service say he will not go to court — because he is not old enough to understand the danger of his actions.
A CPS letter to the family says there is “insufficient evidence” to proceed with a charge of grievous bodily harm. It adds: “The prosecution would have to prove the youth intended to cause injury or was reckless.“Although an adult ought to know that one should never pull a trigger of a gun if there is anyone in front of him, such sensible considerations may not be expected of a youth.”
Posted by The Man at 9/27/2007 No comments:

Labels: In The News, Not Right, Not Using Their Brain 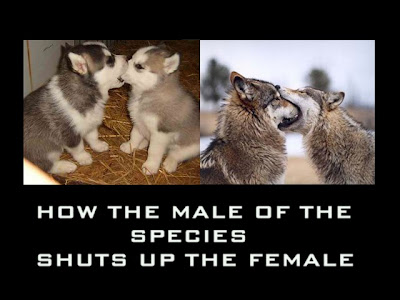 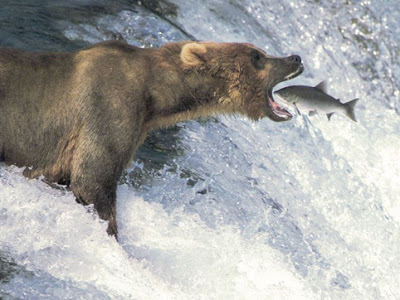 Just Give It Up 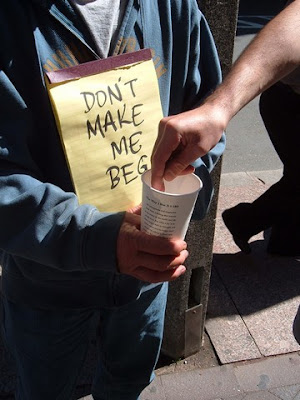 Why you don't piss off your girl friend 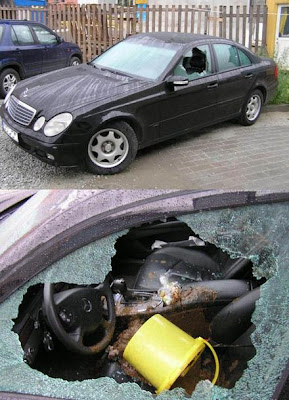 Disgruntle Worker = This
also
Pay Back is a BITCH
You get a broken window, Oh yeah a free bucket of shit dumped in your car too!
Posted by The Man at 9/27/2007 No comments: 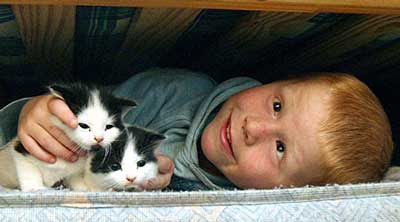 Manhunt finds missing boy – asleep under bed.
Police with dogs, dozens of neighbors and a helicopter spent two hours searching for a missing five-year-old boy who eventually turned up — asleep under his bed. A search was launched for Alex Olver — during which 11 people rummaged through his bedroom — after his parents reported him missing on Tuesday evening in Saltash, Cornwall. The town mayor, a local football team, troupes of teenagers and elderly residents all turned out to help search. But Alex was eventually discovered by a sniffer dog safe and well covered by a blanket under his bed. Alex's mother, Clare Olver, 35, yesterday described him as "a cheeky little monkey — who sleeps like a log". Mrs Olver said seven people and four police officers searched the house from top to bottom looking for Alex. "The dog handler came in and went upstairs," she said. "I then heard him shout 'Look what I found' and he came downstairs with Alex asleep across his chest."
Posted by The Man at 9/27/2007 No comments: 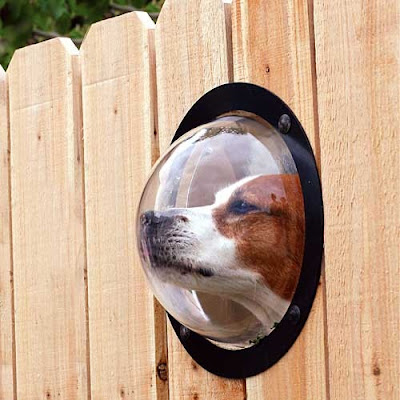 How much is that doggy in the window?
Dog's window to the world at least beyond the fence.