Shitterton: The village that dare not speak its name 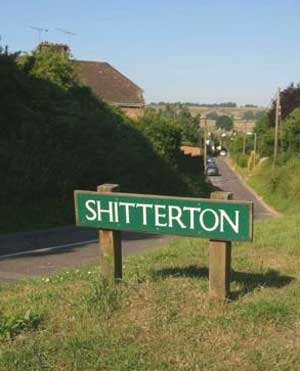 For centuries, this pretty Dorset village has enjoyed a special place in the Gazetteer of Britain. But now, there’s a stirring behind the hedgerows, and some of its residents are (whisper it) rebranding their community. Things may never be quite the same... in Shitterton
"The only annoying thing is that the Shitterton sign is always being stolen. Three have gone so far this year"
Posted by The Man at 5/22/2008 1 comment: 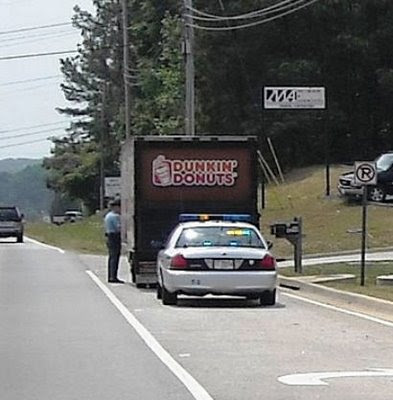 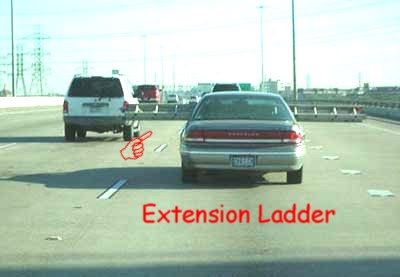 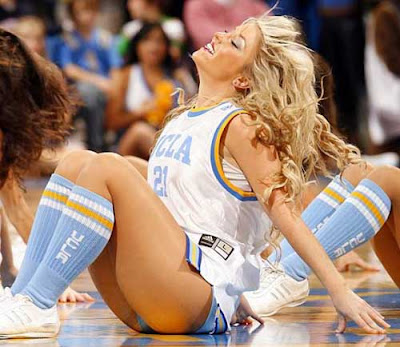 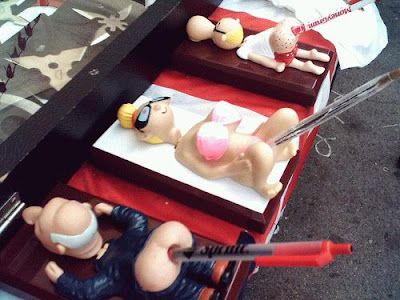 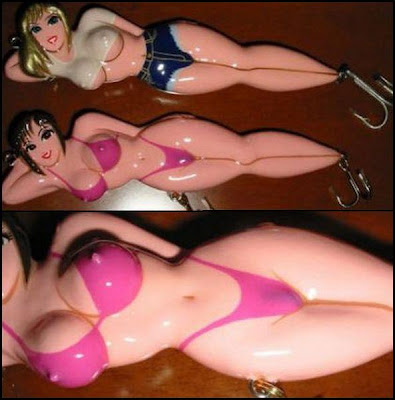 Woman strips after being whistle at
WELLINGTON (Reuters) - Road workers in a small New Zealand town got their wish granted when a woman stripped saying she was fed up with their wolf-whistles.
The Israeli tourist was about to use an ATM in the main street of Kerikeri, in the far north of the country, when the men whistled, the New Zealand Press Association reported.
She calmly stripped off, used the cash machine, before getting dressed and walking away.
The woman told police she didn't take too kindly to the whistling from the men repairing the road.
"She said she had thought 'bugger them, I'll show them what I've got'," Police Sergeant Peter Masters told NZPA. "She gave the explanation that she had been ... pestered by New Zealand men. She's not an unattractive looking lady," Masters said. "She was taken back to the police station and spoken to and told that was inappropriate in New Zealand."
.
Lost parrot tells veterinarian his address but not the cops
TOKYO (AP) — When Yosuke the parrot flew out of his cage and got lost, he did exactly what he had been taught — recite his name and address to a stranger willing to help.
Police rescued the African grey parrot two weeks ago from a neighbor's roof in the city of Nagareyama, near Tokyo. After spending a night at the station, he was transferred to a nearby veterinary hospital while police searched for clues, local policeman Shinjiro Uemura said.
He kept mum with the cops, but began chatting after a few days with the vet.
"I'm Mr. Yosuke Nakamura," the bird told the veterinarian, according to Uemura. The parrot also provided his full home address, down to the street number, and even entertained the hospital staff by singing songs.
"We checked the address, and what do you know, a Nakamura family really lived there. So we told them we've found Yosuke," Uemura said.
The Nakamura family told police they had been teaching the bird its name and address for about two years.
But Yosuke apparently wasn't keen on opening up to police officials.
"I tried to be friendly and talked to him, but he completely ignored me," Uemura said.
.
Boy, 12, faces drunken driving charge after crash
An Arkansas preteen faces a drunken driving charge after he and a friend drank his parents' beer, "got liquored up" and crashed his stepfather's pickup truck, the Johnson County sheriff said.
Sheriff Jimmy Dorney said the 12-year-old boy and his 10-year-old friend drove off in the truck May 4 to find a girl they met at a rodeo. The boys made it about 10 miles before the 12-year-old lost control of the truck.
Dorney said the truck hit and jumped over a guardrail, sending it careening 50 feet down a steep hill into a forest.
Clark James, 46, who lives down the road from the crash site, said he answered the boys' banging at his front door with shotgun in hand about 2:30 a.m.
"I opened the door and the first thing (the 12-year-old) said to me was, 'I'm drunk and I had a wreck,'" James said. "I looked at him and I thought 'You're kind of young to be out drinking. And you sure shouldn't be driving.'" Neither boy was seriously injured in the crash.
Posted by The Man at 5/22/2008 No comments: