Australian penny sells for more than $1.5M
An Australian coin dealer said the economy has not damaged the investment coin market, allowing her to sell a 1930 penny for more than $1.5 million.
Belinda Downie of Coinworks said the coin, one of six proof pennies minted in 1930, was sold to an unidentified buyer for an amount she would only identify as more than $1.5 million.
"These proof pennies were never intended for circulation but instead created as museum pieces," Downie said. "It's a totally separate process. These are produced in an artistic environment from hand-selected blanks."
Downie said the market for rare coins has remained strong due to the high demand and low supply.
.

Temperature hikes 17 degrees in after midnight
An unusual weather pattern caused temperatures in to soar nearly 20 degrees in 20 minutes even though the sun had long gone down.
National Weather Service meteorologist Stephanie Dunten says the heat burst hiked temperatures from 85 to 102 degrees in 20 minutes, beginning at 12:22 a.m. Thursday.
She says a pocket of air in the upper atmosphere collapsed, and when it hit the ground it sent winds of more than 50 mph through parts of the city.
During a heat burst, rain falling from higher elevations cools air beneath it as it evaporates. The cooler air then descends quickly to the surface. As it falls, it is compressed and warms dramatically.
.
Posted by The Man at 6/11/2011 No comments:

A Superior Court jury has found Alan Kimble Fahey guilty in a partial verdict. He is accused of maintaining illegal properties; some built of phone poles, and could face jail time and is required to tear down his work.
. 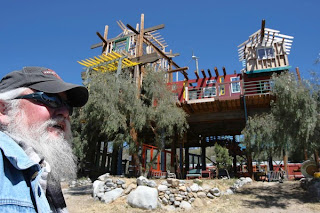 Click to Enlarge
.
Lawyer Jerry Lennon said Fahey will remain out of jail pending his July 8 sentencing, but he will have to meet with officials in the meantime to come up with a plan to demolish the illegal structures.
"Phonehenge West" is actually a 20,000 square-foot home in a semi rural area of consisting of a cluster of reddish structures and a 70-foot tower. The work has gained fans in the international art community and was recently used for a photo shoot for "Glamour" magazine.
.
Posted by The Man at 6/11/2011 No comments:

Lakeland Police are attempting to locate Gwendolyn Shack, B/F, and DOB:  8/14/49.
Shack currently has active warrants for Dealing in Stolen Property and Trespass.
Shack is 5’05”, wears glasses, and has facial hair.
. 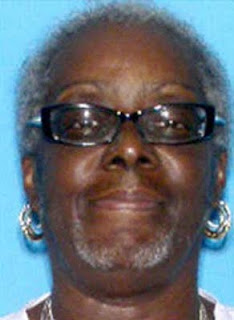