How Improve You Sex Life 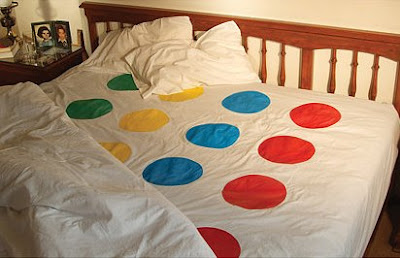 Use it or Else

Exercise Your Brain, or Else You’ll ... Uh ...
SAN FRANCISCO — When David Bunnell, a magazine publisher who lives in Berkeley, Calif., went to a FedEx store to send a package a few years ago, he suddenly drew a blank as he was filling out the forms.
"I couldn’t remember my address," said Mr. Bunnell, 60, with a measure of horror in his voice. "I knew where I lived, and I knew how to get there, but I didn’t know what the address was."
Mr. Bunnell is among tens of millions of baby boomers who are encountering the signs, by turns amusing and disconcerting, that accompany the decline of the brain’s acuity: a good friend’s name suddenly vanishing from memory; a frantic search for eyeglasses only to find them atop the head; milk taken from the refrigerator then put away in a cupboard.
"It’s probably one of the most frightening aspects of the changes we undergo as we age," said Nancy Ceridwyn, director of educational initiatives at the American Society on Aging. "Our memories are who we are. And if we lose our memories we lose that groundedness of who we are."
Posted by The Man at 5/03/2008 No comments:

Labels: "A public service message”, In The News, Using Your Brain 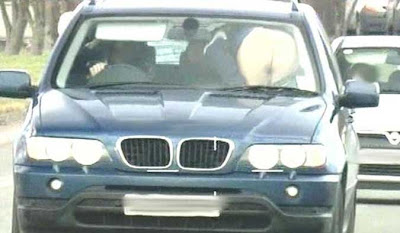 A front seat car passenger was photographed baring his backside at a speed camera in Northumberland.
The "mooning" man was snapped by the mobile camera as the black BMW X5 drove past on the A1171 Dudley Lane in Cramlington last month.
His behavior has been labeled as "dangerous and offensive" by road safety campaigners.
Police may take action against the man for public order offences and not wearing a seat belt.
Posted by The Man at 5/03/2008 No comments:

Labels: "Nincompoop", In The News, Vehicle

Japanese official demoted for viewing porn sites 780,000 times at office
TOKYO — A Japanese civil servant has been demoted for viewing pornographic websites more than 780,000 times during office hours over a nine-month period.
Kinokawa official Tomiko Waki says the man, an employee of the Kinokawa government in western Japan, visited porn sites from June last year to February 2008. He says that the man, whose name was withheld, accessed porn sites 170,000 times in July alone.
Despite his frequent porn viewing, none of his colleagues noticed his activities.
The man's superiors discovered his extensive porn site visits after his computer became infected with a virus, prompting officials to examine his web browser's history.
Along with the demotion, he received a $190 monthly pay cut.
..
Ohio judge to decide man's fate for sharing snack cake
MCARTHUR, Ohio (AP) - A judge in southern Ohio must decide whether to send a man to prison for sharing a Little Debbie snack cake. The case involves 21-year-old Timothy Caudill, who last year was held in a residential community corrections program in Nelsonville for breaking into a bar. While there, prosecutors said he bought the oatmeal creme pie from a vending machine and shared it with a fellow inmate who was on restriction and wasn't allowed access to snacks.
Prosecutors in Vinton County have asked Common Pleas Judge Jeffrey Simmons to revoke Caudill's probation and put him in prison for nine months. Caudill's attorney Claire Ball said that's outrageous. Ball says keeping Caudill out of a state prison would leave cell space for a more serious offender.
.
With arms stuck in machine, man calls 911 with toe
MARY ESTHER, Fla. (AP) - Even with his arms stuck in a piece of machinery, one northwest Florida man was able to call 911 using his big toe.
Police say the unidentified man was at the DRS Technologies building early Thursday morning when he became trapped in a press-like machine that resembles an elevator.
The employee was alone. He shook his cell phone off his belt, kicked off one shoe and used his toe to dial 911. Rescuers used a thick metal bar to pry the machinery off his arms.
He was airlifted to a Pensacola hospital where his condition is not immediately known.
.
Defendant too fat to enter court
A suburban New York music shop owner accused of selling knock off Gibson Les Paul guitars had to be arraigned in a pickup truck in a courthouse parking lot, after his lawyer said the 500lb defendant could not walk into the courthouse.
State Supreme Court Justice Robert Doyle said the man's 'severe weight problem', which prompted the unusual proceeding Thursday in Riverhead. A defense lawyer also had given the court a doctor's letter saying the defendant suffers from osteoarthritis.
The shopkeeper has been released without bail after pleading not guilty to trademark counterfeiting and criminal simulation. He says the case and health problems have forced him to close his store. He is accused of selling bogus Gibsons for $1,500 to buyers who thought they were far more valuable genuine versions of the classic electric guitar.
.
Sarasota man arrested for carrying Aleve
SARASOTA, Fla. (AP) - Turns out those small blue pills in one Sarasota man's car were Aleve after all. Villis Sanders was stopped in late March for a broken tag light. His license had been suspended because of unpaid traffic tickets. He told police the pills were the over-the-counter medicine for his aching wisdom teeth. But a drug kit used at the scene said the tablets were amphetamines. Sanders spent 22 hours in jail. Now prosecutors say the test was wrong. Before trial, prosecutors took the pills to a laboratory where tests showed the pills were Aleve after all.
Captain Bill Spitler with the Sarasota Police Department says he feels bad for Sanders because "no one should be arrested for something they did not do."
The drug charges have been dropped.
Posted by The Man at 5/03/2008 No comments: