For All My Female Readers

1. Don’t imagine you can change a man, unless he’s in diapers.
2. What do you do if your boyfriend walks out? You shut the door.
3. If they put a man on the moon, they should be able to put them all up there.
4. Never let your man’s mind wander, it’s too little to be out alone.
5. Go for younger men. You might as well, they never mature anyway.
6. Men are all the same, they just have different faces, so that you can tell them apart.
7. Definition of a bachelor; a man who has missed the opportunity to make some woman miserable.
8. Women don’t make fools of men, most of them are the do it yourself types.
9. Best way to get a man to do something is to suggest they are too old for it.
10. Love is blind, but marriage is a real eye-opener.
11. If you want a committed man, look in a mental hospital.
12. The children of Israel wandered around the desert for 40 years. Even in biblical times, men wouldn’t ask for directions.
13. If he asks what sort of books you’re interested in, tell him checkbooks.
14. Remember a sense of humor does not mean that you tell him jokes, it means that you laugh at his.
15. Sadly, all men are created equal.
.
.
.
From
Posted by The Man at 5/25/2008 No comments:

Attempting A 360 In Pipe

Some dude tries and fails twice at doing a full 360 inside of a large construction pipe.
He was on his third attempt when the pipe rolls down the hill where he finally got his 360.
Third Time Is The Charm
Posted by The Man at 5/25/2008 No comments: 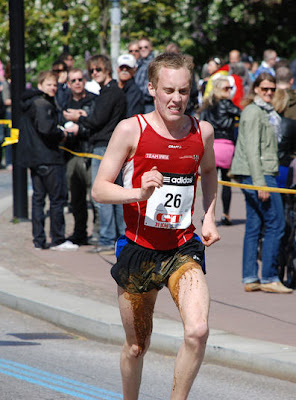 It’s their first dance at their wedding

Georgia teenager a real pain in the "ASS"
A 15-year-old boy in Lovejoy, Ga., allegedly bit or grabbed the buttocks of at least 10 women at a Wal-Mart store over several months, police say. Clayton County police allege the unidentified teenager assaulted the backsides of several women shopping in the retail store, before being confronted by one of his victims.
.
Copper wire, power line stolen from poles
State police are looking for whoever risked some potentially deadly maneuvers to steal copper wire and aluminum power line from Allegheny Power poles Thursday.
Four utility poles along South Mountain Road in Worth Township had 1,800 feet of aluminum power line and 60 feet of copper ground wire removed.
Total value of the stolen metal is about $6,000.
Allegheny Power spokesman Allen Staggers said people have been killed trying to steal wire from power lines. Still, people are trying to steal copper and aluminum from wires and substations as scrap metal prices continue to rise, he said.
"I’ve worked for the power company for 25 years, and I’m not qualified to go into a substation," Staggers said. "It is very, very, dangerous."
.
7-Year-Old Girl Accidentally Shoots Sleeping Mom Twice
BOCA RATON, Fla. — Authorities say a 7-year-old girl accidentally shot her sleeping mother twice in a South Florida neighborhood, but the woman is expected to recover.
Authorities say 38-year-old Sharda Brijmohan was asleep in her bedroom Friday when her daughter walked over to a nightstand and picked up a handgun. Authorities say it accidentally fired. She was shot once in the forearm and once in the neck.
.
German parents post baby on eBay for 1 euro
Authorities in southern Germany said Saturday they have taken custody of a 7-month-old boy after his parents posted an ad on eBay offering to sell him for one euro, the equivalent of $1.57.
Authorities have launched an investigation into possible child trafficking against the baby's mother and 24-year-old father, neither of whom was identified.
"Offering my nearly new baby for sale, as it has gotten too loud. It is a male baby, nearly 28 inches (70 cm) long and can be used either in a baby carrier or a stroller." No offers were made for the child in the two hours and 30 minutes the ad was posted on Tuesday. EBay later deleted the posting, and assisted police in tracking down the parents.
Posted by The Man at 5/25/2008 No comments: